Is This Planet Occupied?

Life on other planets will likely have these telltale signatures. 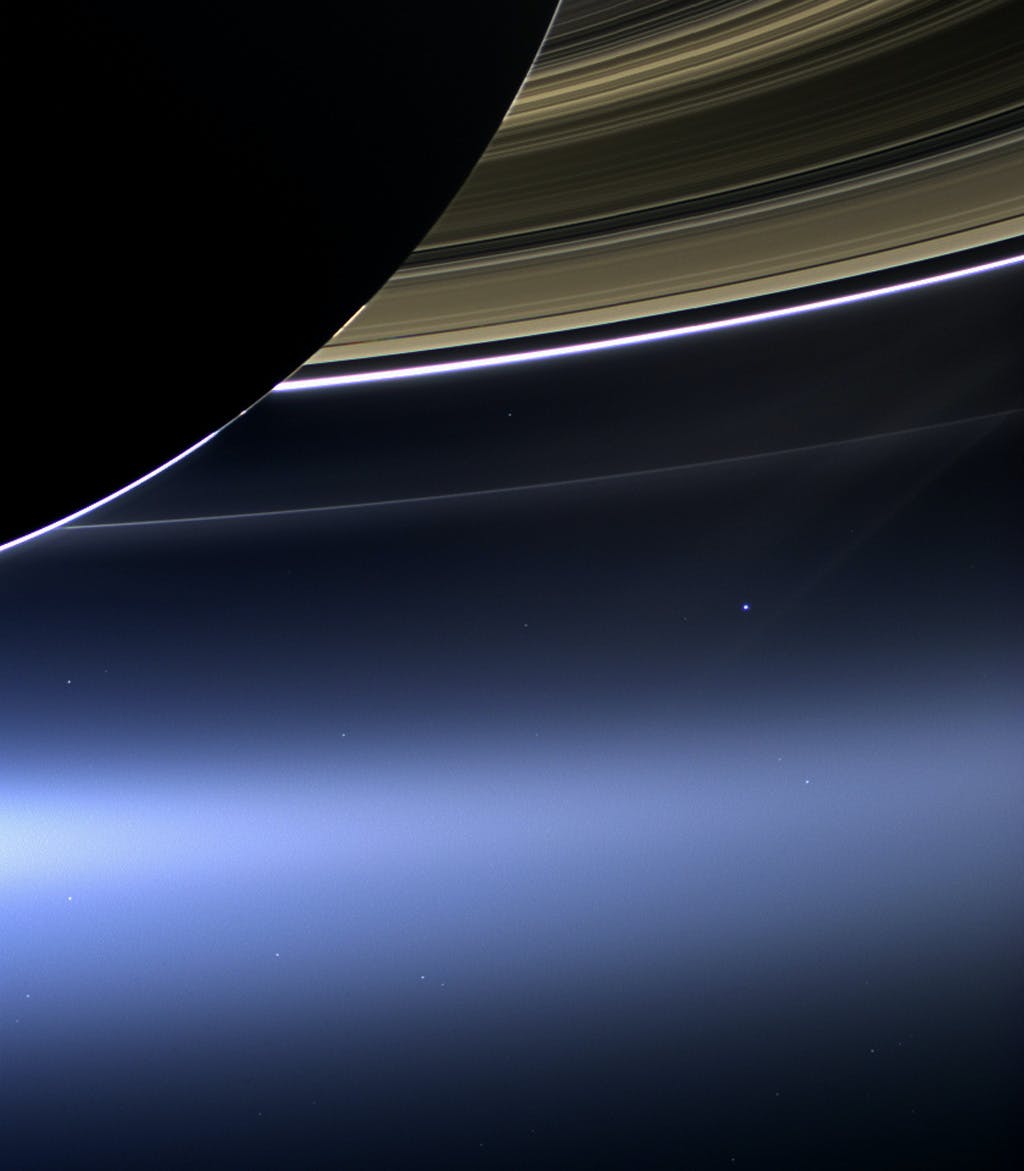 As astronomers create catalogs of thousands of planets beyond our solar system, they have turned to the next question: Are those planets inhabitable or even inhabited? Few have given more thought to this than Victoria Meadows, an astrobiologist at the University of Washington who focuses on computer modeling of planetary atmospheres and surfaces. She is the principal investigator of NASA Astrobiology Institute’s Virtual Planetary Laboratory Lead Team, and her main objective is determining whether exoplanets were, are, or will be habitable. Meadows and her colleagues play Cosmic Test Kitchen to examine the results of different biological and geological conditions. (“If I have a model that recreates the Earth, but I then take the G-dwarf star, a sun, and move it away and put in, say, an M-dwarf instead, what happens to this Earth-like atmosphere?”)

Nautilus caught up with Meadows to discuss how a life-bearing world might give itself away.

So, if aliens out there were trying to find us, what would they be looking for, exactly? How could they tell if there was life on Earth?

They could do just what we’re doing to find them. We start by looking at what we know about the planet’s basic physical properties and orbits. There are two main things we look for. One, is the planet terrestrial? Does it have a solid surface on which it could support an ocean? The second thing is that we want it at the right distance from the star—this area we call the Habitable Zone, the area around a star where an Earth-like planet could potentially support liquid water on the surface, although there’s no guarantee it does.

The other thing we do is look at the evolution of the planet with its star over a long period of time to try and understand what it might be like now. The reason that’s important is that stars go through different evolutionary sequences. The main difference is that the little guys, M-dwarfs, go through a period when they are super bright as they’re contracting. Any planet formed in the Habitable Zone of one of these super-bright, young stars, when it gets down to its normal brightness, is subjected to a high radiation. Because the star is hot, it can boil off oceans, which could lead, potentially, to either very high oxygen or high carbon dioxide atmospheres, like Venus. Basically, you’re looking at a planet that’s sitting in a Habitable Zone now when you see it, but because of past history, it has too much carbon dioxide to be habitable.

OK, suppose the planet meets those criteria. What then?

Then we look for a signs that the planet is actually habitable, and biosignatures—some kind of global modification of the environment that is not due to the planet itself. Because we’re trying to detect life over incredibly huge distances to the nearest star, the signs of life have to be a global phenomenon. They have to be some modification of the planet’s environment to get sufficiently large that we can actually see it over really big distances.

On the Earth, there are three main things that life has done. One is the abundant oxygen you’re breathing right now, which is due to cyanobacteria working over billions of years, and then vegetation as well.

I’m looking for the metabolic winners that can dominate the environment and produce a signal.

Then the second thing is that, if you were to look at the reflectance spectrum of the Earth—how is the Earth reflecting light at different wavelengths—you would see this weird phenomenon whenever land floated into view. The longer wavelengths beyond where your eye can see would jump out at you, called the “red edge” of vegetation. Plants become highly reflective at wavelengths beyond where they do their photosynthesis. So that is something we can also look for.

The third one is the annual cycling of carbon dioxide on our planet. Carbon dioxide is ramping up with time. Superimposed on top of that is a little wiggle that goes up and down with the seasons due to photosynthetic plants drawing down carbon dioxide and then giving it back out again when they die in the winter. If you were to watch a planet orbiting around its star then you might actually see this variation.

How much could they learn about our planet?

Quite a lot, actually. I would look for something called a “glint.” I would look at the planet Earth as it went through phases, from half-phase all the way through the crescent phase. I would measure the brightness of the planet. I would notice that, as it crept toward crescent phase, it would become abnormally bright compared with the area average brightness that I saw originally. I’d say, “Ha, that’s weird.” There must be something in that planetary environment that is forward-scattering light. Clouds do that. They take light that comes behind them and scatters it forward. Or what I could be looking at is a glint, which is specular reflectance off an ocean of liquid. If I saw that deviation, I’d go, “I’m potentially looking at something with liquid water on its surface.”

People say, “Oh, well, you’re just modeling stuff. How do you know it’s real?” We have L-Cross observations, which was an orbiting spacecraft. It studied the moon—it ultimately, crashed into the moon. Before it crashed, it took a whole bunch of distant views of the Earth. In one of them, you can actually see the crescent Earth with glint from the ocean in the crescent. You can actually see it. We validated our model against that.

Then I would take time results—multi-wavelength photometry. So, I would look at a bunch of different wavelengths, different colors of the spectrum, over time. And I would watch this planet essentially rotating underneath me. If you take observations every hour, then you get a different view every hour. What you start to notice is that the brightness and the color of the Earth is not the same every time. You can use those changes at different wavelengths to get maps of what the planet looks like. You can constrain things like the tilt of the orbital pole whether or not it has continents. You could look for heterogeneity.

Going back to how we’d search for alien life, how has our understanding of biosignatures changed in recent years?

In the past, everyone said: “Well, there’s so much O2 in our atmosphere, there’s no way geology or photochemistry could possibly produce that. That’s a clear biosignature. All you have to do is to look for oxygen. You’re done. Collect your Nobel Prize.” However, it’s not true that only life could produce that much oxygen in the atmosphere. My team has worked on a bunch of different mechanisms that use photolysis, the breaking up of the molecules by light. If you photolyze water or CO2, you break oxygen out of the molecules. It can float around freely and can recombine to form O2. Then you can build up oxygen in the atmosphere.

So it’s not enough just to detect oxygen. You have to understand the system as an interacting system, where certain mechanisms could be working and others not. For example, if you see high O2, but you also saw methane simultaneously—methane is a very reduced gas that would normally eat O2. The fact that you see the two of them together means that there’s actually a very strong fluxes of both gases coming from the planet, and that might be the biosignature you’re looking for.

Do you need to assume that life out there is going to be similar to us?

We’re focused on oxygen, because that is the most likely thing we can identify, and we’ve done the analysis of false positives for it. That being said, we’re all about diversity in biosignatures. I’m happy to find some kind of weird molecule in the spectrum.

But being able to interpret what we’re looking at, this is what we have to understand well. Bob Blankenship on my team looks at the evolution of photosynthesis and how that happened on the Earth to try and understand whether it would happen in other planetary systems as well. Photosynthesis is a process that takes light from a star, takes in carbon dioxide, breaks up water to produce energy. That is the killer app for any organism. It takes the dominant energy on the surface of the planet, which is from the star; uses very commonly available molecules, water and carbon dioxide, which on a habitable planet we think should be abundant; and does its job. If evolution works, you would imagine that such an organism would have an evolutionary advantage and take over the entire planet.

It gives me a signal. I’m looking for the metabolic winners that are able to dominate the environment and produce a signal. Oxygenic photosynthesis is arguably one of those winners. If evolution works, something that manages to do that will have a distinct evolutionary advantage and therefore become detectable to my telescope by world dominating. That’s what I want: world domination!

Is this work changing what observers are looking for?

The James Webb Space Telescope, which is scheduled to be launched in 2018, has a large collecting area, and it’s going to allow us to study planets in Habitable Zones of M-dwarf stars that are in transit. James Webb will be our first chance to go look for life by using transmission spectroscopy to try and study the upper atmospheres of these planets. We’ll probably only be able to observe a handful of targets, maybe only one to three targets over the entire lifetime of the mission. But we’ll actually pick up light from the star that has passed through the atmosphere and then is being modified by the atmosphere. We’ll be able to see what’s actually in the atmosphere. Woohoo!

Lead image: To aliens, Earth is a dot, at best. But they could still tell it is a habitable world. Credit: NASA/JPL-Caltech/Space Science Institute