Hundreds of thousands of marine mammals are killed each year by fishing gear. This should not be considered “sustainable.” 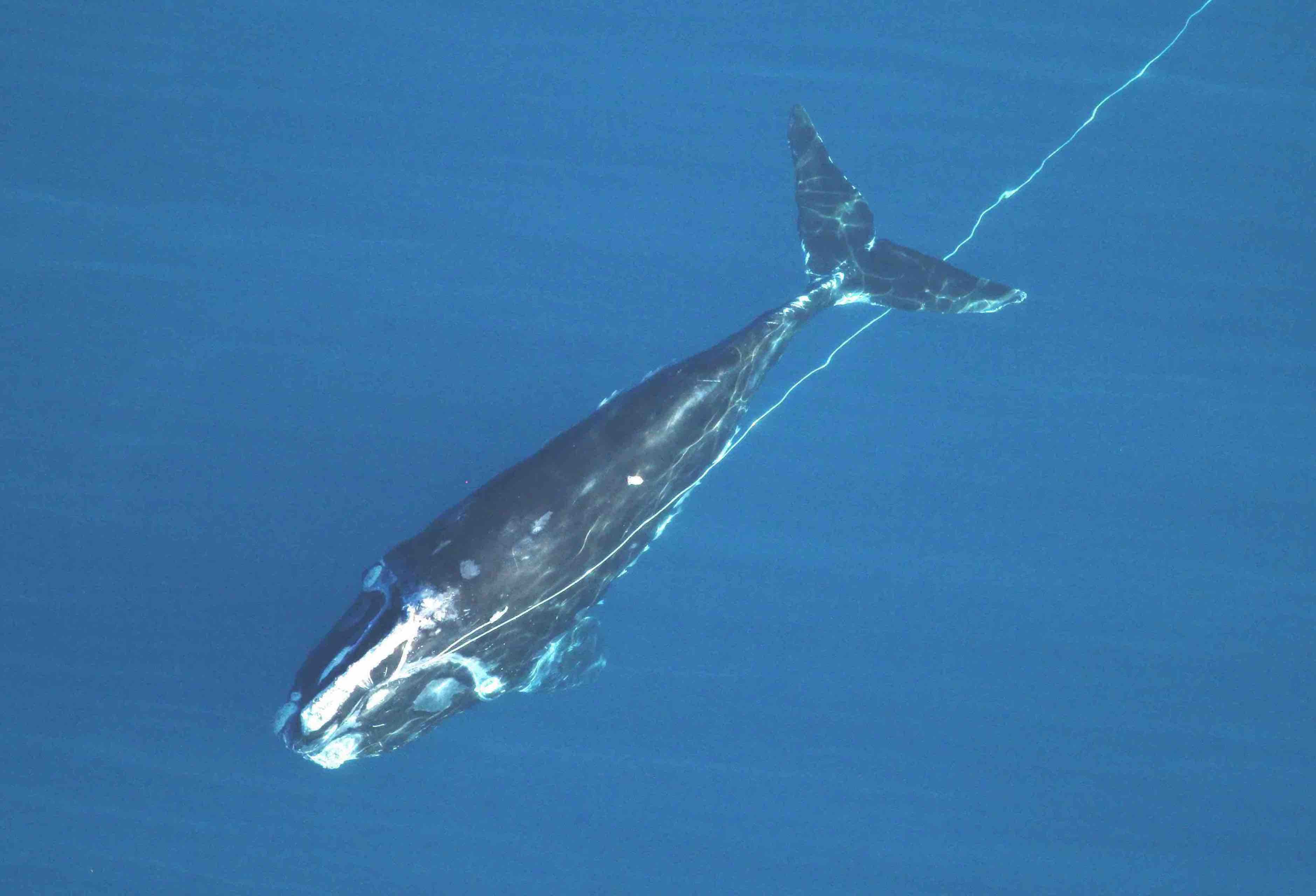 Sarah Dolman heard the porpoise’s cries not in the waters where the animal’s voice was actually recorded, but on the sound system at a marine mammal conference held in late 2019. To Dolman, policy manager at the nonprofit UK-based conservation organization Whale and Dolphin Conservation, time and distance made the experience no less painful.

The porpoise was using its voice—which sounds alternately like a buzzing insect, a creaky door blowing open then clicking shut, and a high-frequency whistle that humans cannot hear without the aid of sound-amplifying technologies—to call to another porpoise who was caught in a fishing net. The entangled porpoise struggled to surface while trying to break free. That proved impossible, and the porpoise drowned. But the dead creature’s companion stayed nearby for hours, speaking in protracted clicks, buzzes and whistles—in mourning or perhaps confusion, alarmed by the sudden death of its friend.

Globally, fishing gear kills at least 300,000 marine mammals every year, and leaves many more individuals with scars both physical and psychological. Some governments, including those of the U.S. and E.U., may temporarily close fisheries or regulate gear after a specified number of marine mammals are killed, but those measures are limited. At a moment when the cruel captivity of several dozen orcas inspires public outrage and aquarium boycotts and new laws, the global fishing industry and its regulators generally accept the widespread killing and maiming of marine mammals as a part of doing business. And so we unwittingly continue to eat fish, in huge amounts, and marine mammals continue to suffer.

Dolman says present approaches, which focus on maintaining specific populations above a minimum size, still allow too much killing and preventable suffering. She says it’s time for fisheries policies to consider the welfare of individual whales and dolphins and other marine mammals. “Being caught in fishing gear is a horrible way to die,” says Dolman. “How would the public feel about this when they’re eating fish and seafood, if they knew about these animals’ suffering? We need another solution.”

Dolman and her colleague Philippa Brakes, a research fellow at Whale and Dolphin Conservation, outlined their approach for regulating “bycatch,” as unintentionally caught animals are called, and preventing entanglement in fishing gear in a 2018 paper published in the journal Frontiers in Veterinary Science. They say that fisheries policies must account for the well-being of individuals, not just populations, ideally with zero tolerance for marine mammal bycatch.

They also argue for updating the definition of “sustainable” fisheries, now set according to whether the exploitation of a given fish population can be continued without jeopardizing it, to include marine mammals killed as bycatch. In their paper, Dolman and Brakes point out that “buying ‘sustainable’ fish or indeed some fish products labeled ‘dolphin-friendly’ provide no guarantees that incidental bycatch of protected species does not occur alongside the targeted catch.”  And not only should sustainability encompass mortality, but also the suffering of survivors—something that’s a bit more challenging to measure, though scientists acknowledge that it’s real, and goes beyond the pain of scars and severed limbs caused by the constricting ropes of the gear they carry.

Even if we are quite far from fully understanding the experiences of animals who spend their lives primarily underwater, research clearly reveals that harbor porpoises like the one whose cries haunted Dolman and other marine mammals are, like us, highly intelligent and social creatures. Ecologist and author Carl Safina, who has written extensively about the inner lives of nonhuman animals including orcas and sperm whales, says the loss of even one individual whale—particularly if she happens to be an adult female—can be catastrophic for others.

“Sperm whales stay together their entire lives, very intentionally living together in a family the way elephants live together in a family,” says Safina. “If you lose even one member of that female support group, you increase the risks and hazards to the young ones.”

Like baby humans, young marine mammals depend on their elders’ vigilance and protection, as well as their practical knowledge and cultural wisdom, for survival. Older animals in a family bestow younger members with all sorts of knowhow, such as what to eat and how to hunt for food. Scientists have discovered that orca grandmothers play an outsized role in the lives of young orcas, boosting youngsters’ chances of survival. Even for less family-oriented marine mammal species, like humpback whales, notes Safina, “the death of a mother—or severe distress of a mother due to entanglement in fishing gear—can be, depending on age of a young one, completely devastating or very stressful.”

Research like this “opens a rich seam of understanding,” Brakes says. “Such understanding shows us that we can no longer treat marine mammals like a homogenous group or numbers on a spreadsheet.” She and Dolman propose a multi-pronged strategy of implementing fisheries closures and new fishing practices, as well as requiring new gear that minimizes bycatch and entanglements. Fisheries regulation would need to include enhanced monitoring and reporting systems that keep track of every harmed marine mammal. Right now basic data about bycatch and entanglements, much less the long-term physiological and psychological affects, are not being collected.

“We can no longer treat marine mammals like a homogenous group or numbers on a spreadsheet.”

According to Dolman, the Marine Stewardship Council (MSC), a key independent labeler of sustainable seafood, has received much criticism in recent years about its inadequate consideration of bycatch. “MSC bycatch standards are under review at the moment,” Dolman said. “This is something that’s long overdue. But, I have to say, I’m not feeling very positive about what’s coming. The fishing industry is very vocal and oppositional to regulatory change. Consumers and scientists must begin pushing for laws and certification schemes to seriously incorporate welfare into the ‘sustainable’ label. Most of the public feels comfortable when they see a dolphin-safe label—though really, right now, they shouldn’t.”


Adding to marine mammals’ collective challenges is the fact that fishing isn’t their only threat. In addition to depleting populations of the fish they eat, humans have made the oceans a much noisier place, with engine noise and seismic surveys and naval tests causing both chronic stress and acute damage. We push ship traffic into ever-more remote areas once only known to marine animals; disrupt marine life by developing coastlines and dredging channels; pollute with plastic and toxic chemicals; and cause ocean-warming climate change.

These are not matters to frame purely in terms of populations and environments, but the lived experiences of animals who share many intellectual properties with us. “People need to understand that other living things can suffer and that these individuals don’t want to suffer. They want to exist in a state of wellbeing. That’s what they strive to do,” says Safina. “I think the big first step is for people to understand and talk about that and drive away from things that cause suffering.”