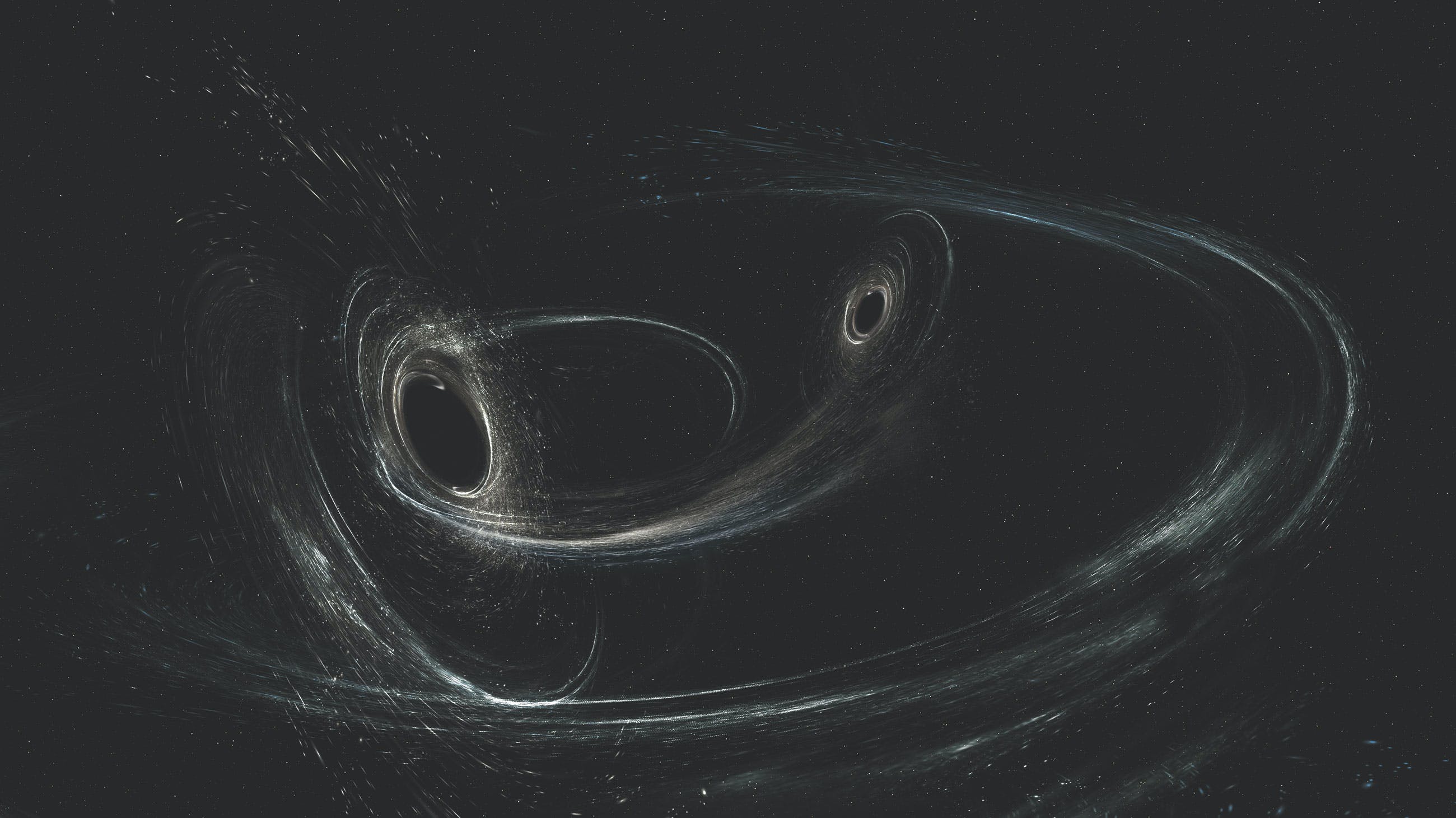 Once again, a gust of gravitational waves coming from the faraway collision of black holes has tickled the instruments of the Advanced Laser Interferometer Gravitational-Wave Observatory (Advanced LIGO), bringing the count of definitive gravitational-wave detections up to three. The new signal, detected in January and reported today in Physical Review Letters, deepens the riddle of how black holes come to collide.

Before Advanced LIGO switched on in the fall of 2015 and almost immediately detected gravitational waves from a black-hole merger, no one knew whether it would see merging black holes, merging neutron stars, black holes merging with neutron stars or none of the above. (As Albert Einstein figured out a century ago, pairs of dense, tightly orbiting objects are needed to generate ripples in the fabric of space-time, or gravitational waves.) But the three signals spotted by LIGO so far have all come from merging black holes, suggesting pairs of these ultradense, invisible objects abundantly populate the universe.

Astronomers have since been struggling mightily to understand how black holes (which, for the most part, are remnants of collapsed stars) can wind up so close to each other, without having been close enough to have merged during their stellar lifetimes. It’s a puzzle that has forced experts to think anew about many aspects of stars.

They’ll now have to think even harder.

The LIGO team’s estimate for the abundance of black-hole mergers in the universe, based on its first two detections, favored one of two competing scenarios for how stars might end up colliding as black holes: The “common-envelope” and “chemically homogeneous” scenarios both involve pairs of massive stars that form near each other in the otherwise empty expanse of space, gravitationally collapse into black holes and collide. The methods differ in their details, but either is theoretically capable of producing enough black-hole mergers to account for Advanced LIGO’s signals. Scientists think it’s likely that one scenario is dominant in the universe and accounts for almost all observed events, since it would be strange for multiple scenarios to produce equal numbers of events in a fine-tuned balance.

Meanwhile, the high rate of mergers disfavored a third scenario called “dynamical formation,” which has the black holes forming far apart inside a dense stellar cluster. According to this theory, over time, the black holes sink to the center of the cluster, perturbing one another’s orbits in complicated ways and, occasionally, entering tight enough orbits to collide. Considering the relative rareness of stellar clusters and dynamical collisions, the expected rate associated with this scenario seemed too low to account for Advanced LIGO’s data.

That’s where the new gravitational-wave signal comes in. It originated from black holes weighing 31 times and 19 times the mass of the sun that merged roughly 3 billion light-years away. The signal also indicates that at least one of the black holes may have been spinning in a direction that was not aligned with the pair’s common axis of rotation. Black holes that formed and evolved from a close-knit pair of stars—as in the common-envelope and chemically homogeneous scenarios—would spin in the same direction as their common axis (if at all), so misaligned spins would disfavor these scenarios and favor dynamical formation in a stellar cluster, which does not require any connection between the black holes’ spins.

The spin measurement is difficult to do and carries some uncertainty—it’s within the margin of error that the black holes weren’t spinning at all. “We’ll need more events to be able to statistically disentangle what is happening,” said Daniel Holz, an astrophysicist at the University of Chicago and a LIGO member who has worked on the common-envelope scenario. “If it turns out that there is significant support for high misaligned spins, then we do indeed face a conundrum,” he said. “The cluster model would be favored, but it’s not straightforward for it to produce the rates we are seeing.”

Duncan Brown, a LIGO member and professor of physics at Syracuse University, told Quanta that it might be possible after all that multiple scenarios produce black-hole mergers. But he’s waiting for more statistics. “As LIGO’s sensitivity improves—we’re still a factor of three away from design sensitivity—and as we see more signals, we’ll get a much better understanding of the spins of the black hole population. [The new signal] contains hints of something interesting, but right now I’m looking forward to future detections before making a call.”