A new push for attention to coastal communities, marine conservation, and ocean infrastructure 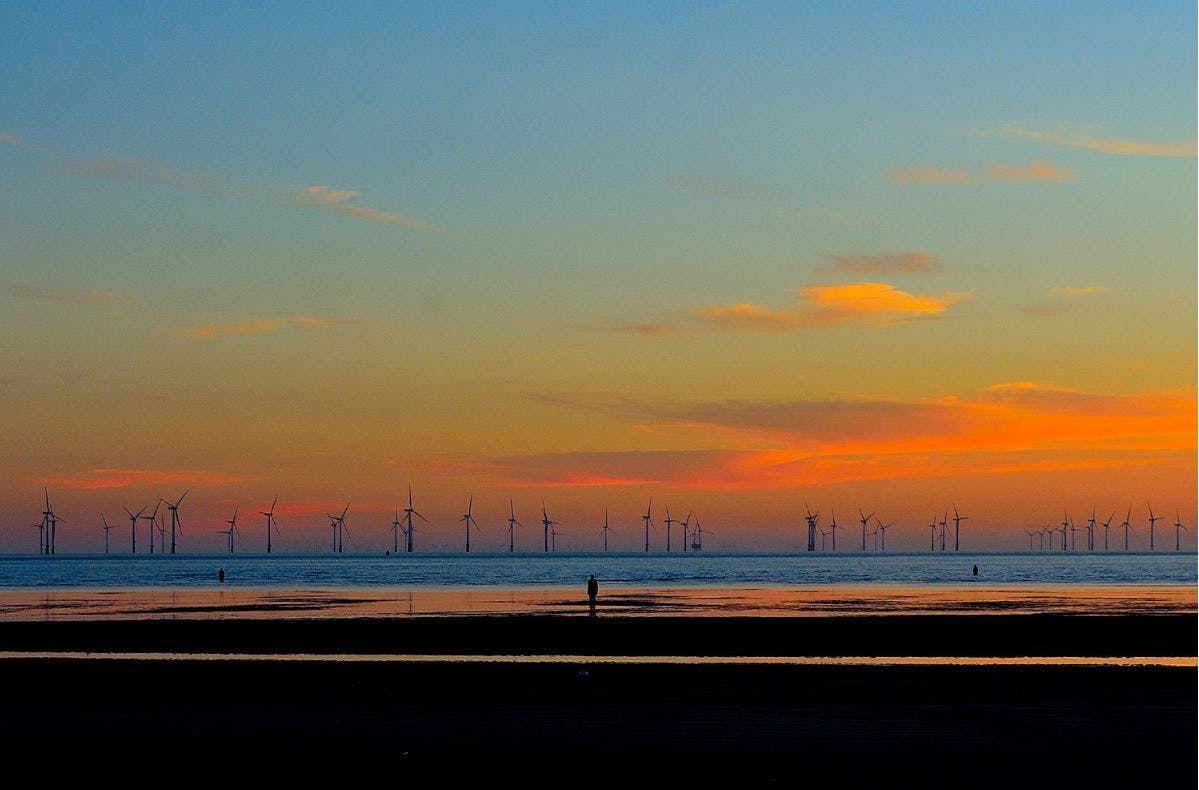 When meteorologists give names to oceanic storms and hurricanes, they customarily do so in alphabetic order: Arthur is followed by Bertha is followed by Cristobal, and so on, until the year ends and the order resets. By September of 2020, the meteorologists responsible for naming storms coming off the Atlantic Ocean ran out of names and switched to their backup, the Greek alphabet.

It was one of the worst Atlantic hurricane seasons ever recorded, and merely the latest in a rising tide of climate-related coastal catastrophes. In just the last few years, shoreline bluffs collapsed in Southern California; Hurricanes Sandy and Harvey devastated Houston and New York; and acidifying waters corroded the shells of Dungeness crabs on the Pacific coast. The 2010 British Petroleum oil spill in the Gulf of Mexico continues to harm both wildlife and people, collateral damage of the demand for fossil fuels. And that’s just in the continental United States.

In response to these crises, a coalition of U.S. environmentalists, conservationists, and economists drafted the Ocean Climate Action Plan (OCAP), informally known as the Blue New Deal—a riff on the Green New Deal, an ambitious set of proposals that invoke the federal New Deal adopted during the Great Depression, and aim to create green jobs while moving the U.S. economy toward sustainable sources of energy.

The Green New Deal, however, has a blind spot: coastal economies and marine ecosystems. “With much of our population and economic activity concentrated along the shoreline,” says David Helvarg, director of the Blue Frontier ocean conservation group, “it would be the height of futility to try and address climate change without addressing ocean and coastal impacts.”

Helvarg and Jason Scorse, director of the Center for the Blue Economy at the Middlebury Institute of International Studies, are the architects of OCAP. It’s less a specific set of policies than a framework for federal and state legislation, featuring four main priorities: helping coastal communities adapt, encouraging shipping industry improvements, expanding clean ocean energy, and supporting sustainable fisheries.

On the coasts, just a few inches of sea rise can have big impacts, especially when combined with storm surges and high tides; according to the National Climate Assessment, more than $1 trillion of property and structures are now at risk of inundation. Groundwater contamination and coastal heat waves will only add to the toll.

As coastal communities brace for rising seas—which, even if fossil fuels were abandoned today, would take decades to level off—seawalls and other so-called hard structures have become ubiquitous. But they’re expensive to maintain, can actually worsen erosion, and harm plants and animals. Helvarg’s team argues that if people built up “living shorelines” instead, creating marshes and reefs that naturally absorb storms, they would benefit coastal ecosystems while providing more durable protection. This would also create thousands of jobs, from biologists and engineers and landscape architects to the laborers who would make their visions a reality.

OCAP’s authors also call for major reform to the National Flood Insurance Program, which they argue is neither financially viable nor up-to-date with projected flood zones. Some environmental economists believe the program’s subsidies perversely encourage development in areas that will eventually be underwater. “People are actually going in the opposite direction, moving toward the coasts,” says Yukiko Hashida, an economist at the University of Georgia. “It’s not sustainable,” Hashida says.

The Green New Deal has a blind spot: coastal economies and marine ecosystems.

Another necessary area of adaptation involves ports and the shipping industry. Some 90 percent of consumer goods imported through the U.S. pass through its ports; at the global level, shipping accounts for more than 3 percent of annual global carbon dioxide emissions, according to the International Maritime Organization.

OCAP recommends stringent emissions standards for ships—not just ocean-crossing cargo and cruise ships, but short-range tankers and tugs—as well as port facilities, which are major sources of air and water pollution in surrounding communities. According to Scorse, more than 18 million people, including a disproportionate number of low-income households and people of color, live in the vicinity of these currently pollution-belching facilities. Climate adaptation is also a matter of environmental justice.

In the long run, of course, adaptation will need to be paired with mitigation, and that means clean energy. The OCAP coalition calls an immediate moratorium on new offshore oil and gas operations and a dramatic expansion in ocean wind power. Unlike the European Union, where offshore turbines already produce roughly two percent of the EU’s electricity, the U.S. has only one small offshore wind farm.

Expansion would entail planning where farms could go—a knowledge gap that’s now stalling the offshore wind industry—and streamlining the regulatory process. Other research into still-nascent technologies, such as generating energy from tides, waves, and the difference in temperature between shallow and deep-sea waters, would also be supported.

Many conservationists are concerned about the potential impacts of these industries on ocean life. While OCAP does mention the importance of protecting critical habitats, Scorse noted that no energy source has zero impact—but these should at least do less harm than offshore oil drilling. They would also generate jobs for former oil industry workers.

Finally, Scorse’s coalition supports sustainable fisheries, aquaculture, and marine biodiversity conservation. They recommend expanding the Marine Protected Area network to cover at least 30 percent of the U.S.’s coastal waters, which extend up to 200 nautical miles from shore, in line with recommendations of international conservationists. Particular attention would be paid to those species and ecosystems threatened by climate change and biodiversity loss.

Apart from the ecological benefits, these protections would replenish species depleted by overfishing and stressed by warming, acidifying waters. OCAP also suggests new funding for ocean food sources—aquacultured fish, the farming of shellfish and algae, and cell-based seafood alternatives—with a demonstrably low environmental footprint. Some of this funding would be earmarked to help people now working in declining, unsustainable fisheries.

Among OCAP’s supporters are such environmental standbys as the Sierra Club and Greenpeace; the youth group Heirs to our Oceans; big names like John Kerry, President-elect Biden’s nominee for climate envoy, and environmental justice advocate Robert Bullard; and some insurance and industry representatives. Senator Elizabeth Warren included a Blue New Deal as part of her presidential platform as well.

In October of 2020, Raúl Grijalva (D-AZ) and Kathy Castor (D-Fla) introduced the Ocean-Based Climate Solutions Act to the U.S. House of Representatives, where it is currently under review. The legislation doesn’t include everything OCAP’s advocates want. Among the omissions are flood insurance reform and sustainable ports. It has also been opposed by much of the seafood industry, and all its original co-sponsors were Democrats, hinting at the partisan gridlock that may ensue.

Regardless of what happens to that particular bill, though, and regardless of what new legislation might be needed later as circumstances change, Scorse believes the Blue New Deal is an essential start. “If climate change policies are moving forward, the ocean community better get its priorities lined up,” he says.  “We think this is going to put us on the right trajectory.”