A California housewife who in the 1970s discovered four new types of tessellating pentagons is dead at 94. 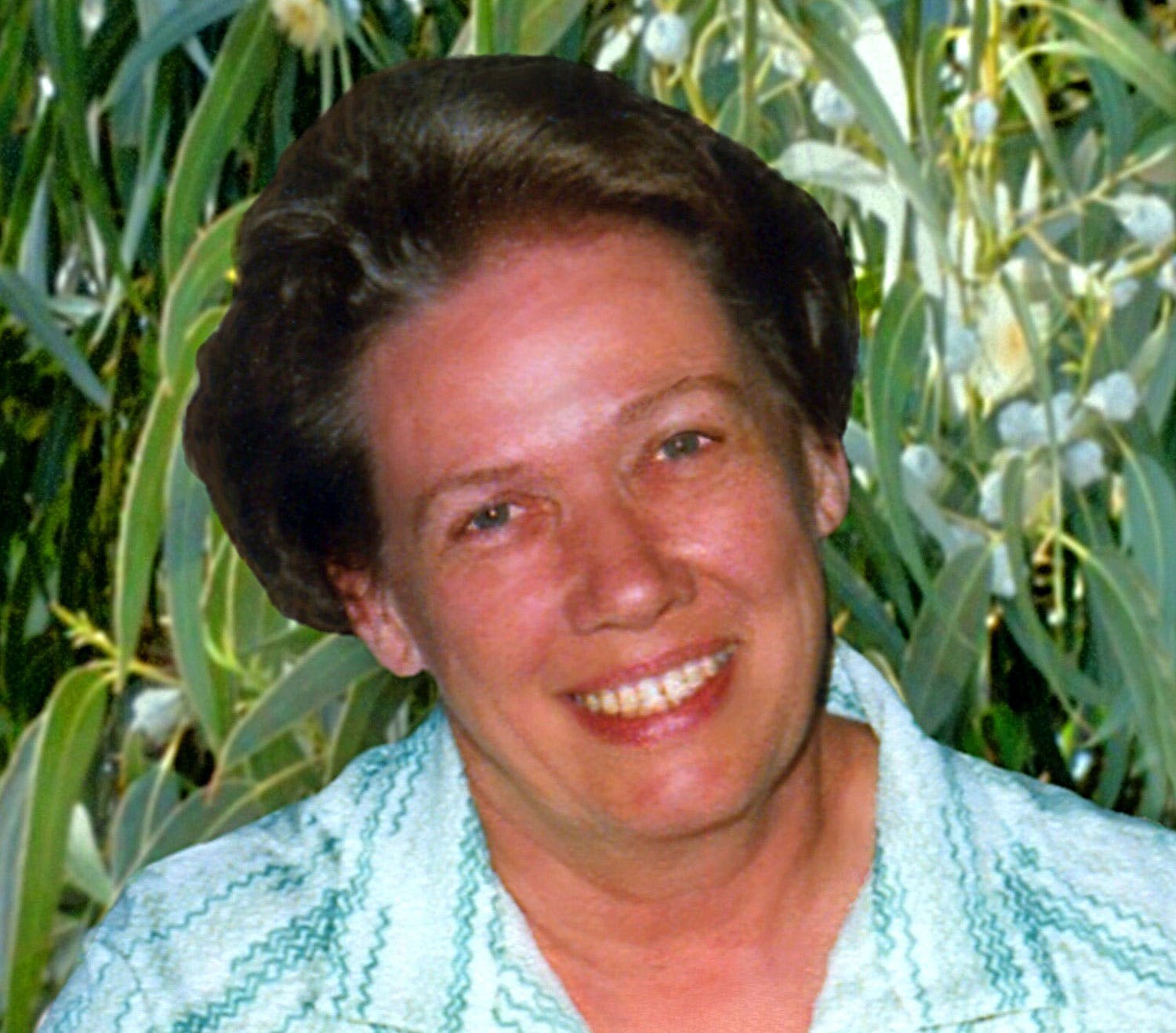 In 1975, a San Diego homemaker named Marjorie Rice came across a column in Scientific American about tiling, a problem that has fascinated mathematicians since ancient Greek times. The problem, as Martin Gardner explained in the column, asks which shapes “tile” the plane, locking together with copies of themselves in endless patterns called tessellations. Gardner reported that the classification of all tessellating convex polygons had been completed by a 1968 proof that claimed to have found the remaining convex pentagons that tile the plane.

After Rice’s chance encounter with pentagon tilings, family members often saw her in the kitchen covertly sketching shapes on the tile countertops. “I thought she was just doodling,” her daughter Kathy Rice told me. But Rice, who took only one year of math in high school, was actually discovering new families of tessellating pentagons, and never-before-seen patterns, beyond those listed in Gardner’s column.

Rice died on July 2 at the age of 94. Dementia prevented her from learning that the pentagon tiling story has finally come to a close, decades after Gardner first called it. As I report in Quanta today, a new computer-assisted proof by the French mathematician Michaël Rao establishes that there are precisely 15 families of convex pentagons that tile the plane—including the four that Rice discovered.

Born Marjorie Jeuck in Florida, Rice went to a one-room country school where she skipped two grades and studied with the older kids. Though she loved learning and particularly her brief exposure to math, poverty and cultural norms prevented her family from even considering that she might attend college. In 1945, she married Gilbert Rice, a deeply Christian conscientious objector, and they moved to Washington, D.C., where Gilbert was to work in a military hospital. Marjorie Rice worked for a time as a commercial artist, until the couple moved to San Diego with their infant son. That child died but five other children survived.

For Rice, math was an indulgence. “We were kind of raised with the importance of the Scriptures and studying that way,” Kathy said, “and you didn’t want to waste your time on other endeavors.” Still, Rice read avidly and used her mind “actively, deeply and regularly,” as her son David wrote in an obituary shared among friends and family. “She was fascinated with the golden ratio” and pyramids, he wrote, and studied them “with extensive drawings and calculations.”

Rice gave one of her sons a subscription to Scientific American partly so she could peruse it while the children were at school. When she read Gardner’s column about tiling, as she later recalled in an interview on David Suzuki’s “The Nature of Things”: “I thought, my, that must be wonderful that someone could discover these things which no one had seen before, these beautiful patterns.” She also wrote in an essay, “I became fascinated by the subject and wanted to understand what made each type [of pentagon] unique. Lacking a mathematical background, I developed my own notation system and in a few months discovered a new type.”

Astonished and delighted, she sent her work to Gardner, who sent it to Doris Schattschneider, a tiling expert at Moravian College in Pennsylvania. Meanwhile, Rice told no one at home. “My dad had no idea what my mom was doing and discovering,” Kathy said. “He would never have spent hours finding patterns when he thought there were other things that needed our attention.”

Schattschneider confirmed that Rice’s finding was correct. Rice’s approach—the same one taken by Michaël Rao in his new computer-assisted proof—had been to consider the different ways that the corners of a pentagon could possibly come together at vertices of a tiling. “These considerations forced conditions on the angles and sides of the pentagon if it was to tile,” Schattschneider explained in a journal article, “thus giving either a description of a pentagon which could tile in a prescribed manner, or forcing the conclusion that no pentagon could be constructed which satisfied the conditions.” Using this method, Rice eventually found four new tessellating convex pentagons and nearly 60 different tessellations.

Rice declined to lecture on her discoveries, citing shyness, but at Schattschneider’s invitation, she and her husband attended a university mathematics meeting, where she was introduced to the audience. Rice still said nothing of her achievements to her children, but they eventually found out as the accolades mounted. She was interviewed for “The Nature of Things” documentary in 1996, and a tile floor in the lobby of the Mathematical Association of America in Washington exhibits one of her pentagon tessellations. She commemorated her pentagon patterns in Escher-esque paintings. Kathy Rice said: “My mom continued investigating. … When I look in her files, I see octagons and hexagons.”

Other amateurs have also made major tiling discoveries. Richard James III, a software engineer, found a new type of tessellating pentagon in 1975, also after reading Gardner’s column. In 2010, Joan Taylor, an Australian who became fascinated with tiling after a single glimpse at a Penrose tiling in 1990, discovered a strange, multipart tile that tessellates the plane nonperiodically, with a sequence of tile orientations that never repeats.

Rice did it “just for the sake of discovery,” according to her daughter. Nonetheless, “she was happy to get recognized; she was tickled. Here she could find something that other mathematicians had searched for.”

Lead image is a composite photo showing Marjorie Rice in the 1970s, courtesy of Sharon Whittaker.