Modern mathematics relies on collaboration and travel. COVID-19 is making it increasingly difficult. 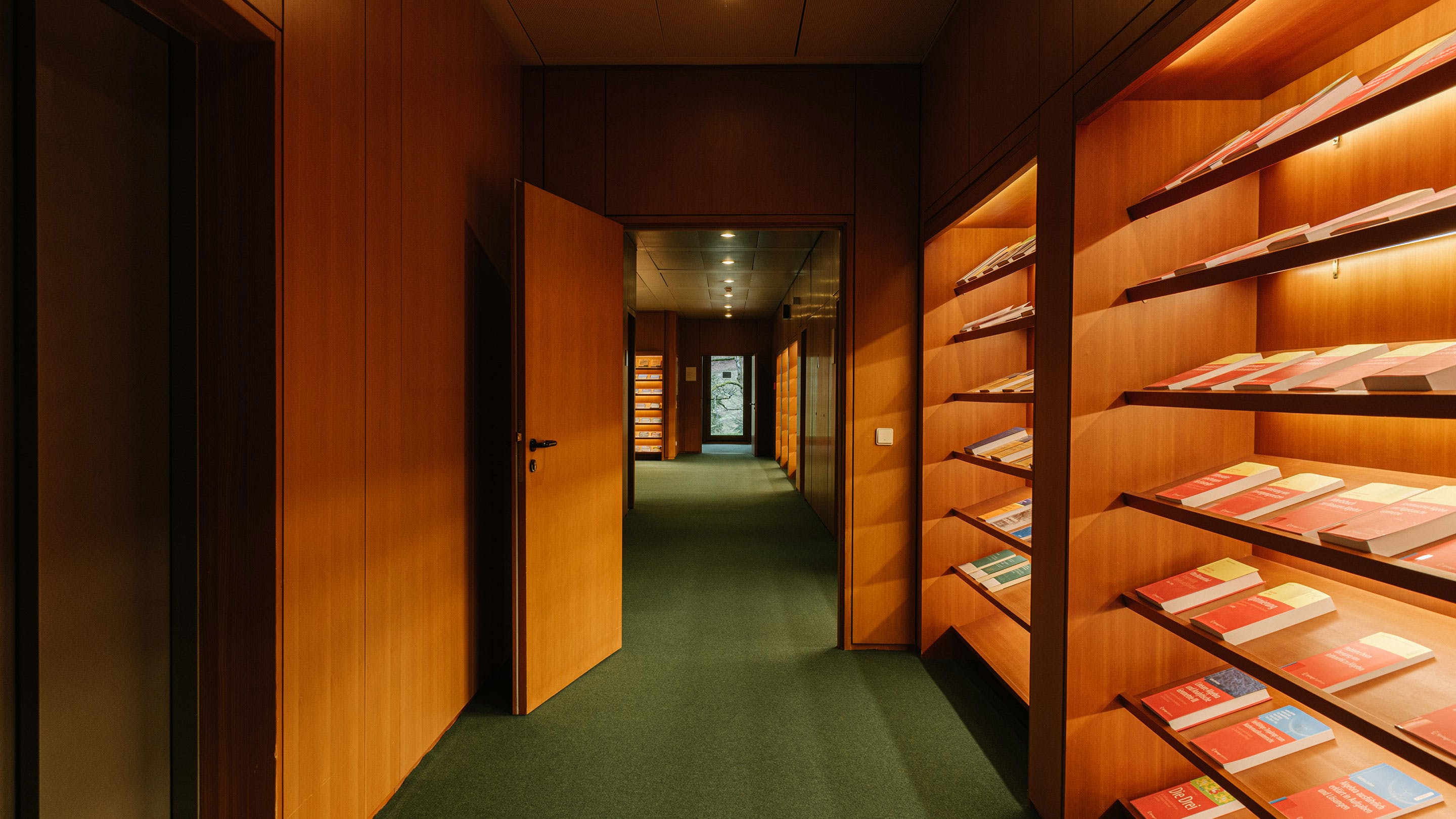 On February 22, 2020—a lifetime ago now—the mathematician Priyam Patel was at Charles de Gaulle airport, waiting to catch a connecting flight home to Salt Lake City. She noticed a sign urging travelers to wash their hands to protect against COVID-19 transmission.

“I remember thinking, ‘I wonder if that’s going to be a big deal?’” she said.

Patel, a professor at the University of Utah, was returning from a retreat at the Oberwolfach Research Institute for Mathematics in the Black Forest of southern Germany. For the previous week, she’d lived in close quarters and shared family-style meals with 50 other mathematicians. I was there too, and wrote about it in a March 31, 2020 Quanta story titled “Mathematics as a Team Sport.” I saw how gathering in one place for a sustained period of time is an essential part of modern mathematics research. Such experiences provide mathematicians with a chance to bounce ideas off each other and start new collaborations. They essentially prime the research pump.

Now, in the age of COVID-19, they’re not happening anymore.

The disease was a frequent topic of discussion that week at Oberwolfach, which focused on low-dimensional topology, the study of three- and four-dimensional shapes. The virus had not yet upended life in most parts of the world. In retrospect, our time in the German forest now feels like the calm before the storm. Soon after Patel and her colleagues returned to their homes, COVID-19 transformed into a global preoccupation. And as it spread, upcoming math conferences started being cancelled—first one, then another, then all of them for the foreseeable future.

“It’s pretty clear that such conferences will not run for 12 months,” said Stefan Friedl, a professor at the University of Regensburg and one of the organizers of that week at Oberwolfach. The established pattern of mathematical collaboration was broken.

I decided to call up several of the mathematicians I’d met in Germany to find out how they thought the lack of travel and increased social isolation would affect mathematics. I also just wanted to see how they were doing (though luckily, no one knew of any positive cases among the attendees). In many ways I found them like everyone else, just trying to get by in a radically altered world.

“I’m trying to start each day saying what absolutely has to get done workwise, because not much more than that is going to get done,” said David Futer, a mathematician at Temple University who attended the workshop.

No one I talked to had gotten much new math done. They were preoccupied with the news, distracted by kids at home, and pulled between online Zoom meetings.

“I feel like my time now is broken into little Zoom chunks,” said Yair Minsky, chair of the math department at Yale University and one of the mathematicians I met in Germany.

Another preoccupation was trying to figure out how to carry forward collaborations without in-person meetings. When Autumn Kent of the University of Wisconsin, Madison left Germany, she expected to visit Minsky at Yale in the spring of 2020 to continue the work they’d started at Oberwolfach.

“The plan at that time was, ‘Well, I’m on sabbatical, and maybe next month I’ll pop over to New Haven for a couple of days,’” she said. Now she can’t even pop over to her neighbor’s house.

Patel, too, had assumed that travel would figure in her upcoming research. At Oberwolfach, she’d taken the first steps in a new collaboration with Katie Vokes of the Institute of Advanced Scientific Studies in France. As Patel transited through Charles de Gaulle, she took it for granted that they’d run into each other again soon.

“Katie and I didn’t make solid plans about when we’d talk because [I knew] I’d probably see her again at another conference,” Patel said. Now, they still don’t have another meeting planned.

Of course, these get-togethers can be moved online. The day I caught up with Friedl, he invited me to visit a virtual “tearoom” he’d started on Zoom as a place for his colleagues at the University of Regensburg to gather each afternoon. I jumped in and saw a number of people I knew from Oberwolfach, each inhabiting their own little box in the Zoom display. Friedl asked me to stay on the line so that he could show me the virtual whiteboard technology he’s been learning to use. After sketching a few shapes, he joked, “We can do our famous speed-drawing contest for figure-eight knots.”

The tearoom was nice, and I knew other departments were also making use of virtual socializing, but it made a cold contrast to the camaraderie and warmth the mathematicians had shared at Oberwolfach. And as I’d observed, such in-person camaraderie fuels much of mathematical discovery.

“You might be out and have a random thought at some point in the day and you’re together, so you can strike up a conversation,” Kent said. “Things happen more organically.” Scheduled, hourlong online confabs just don’t replicate the dynamic.

The lack of travel and face-to-face time will be especially evident in summer of this year, 2020, when mathematicians typically rack up frequent flyer miles traveling to conferences all over the world. The conversations they have at those meetings often generate the research projects they pursue the rest of the year.

“Our community relies on these moments for inspiration and connectivity,” Patel said. “To have that all kind of go up in flames is sad.”

But despite the difficulties, mathematics is a spartan discipline, which makes it well adapted to periods of scarcity. “We don’t need much beyond pads of paper or iPads and computers,” said Futer. “Maybe math is slightly more robust than other fields of human inquiry.” Certainly, biologists in charge of living cultures and physicists who require delicate machines have fewer options now if they want to continue being productive.

Part of math’s robustness may stem from the field’s ability to adapt. After all, the current mode of team-based mathematics is a relatively new phenomenon.

“Mathematics used to be a much more individual activity,” Minsky said. “Maybe in the next year or so, we’ll be back to some solo projects.”

It’s still too early to say how COVID-19 will affect the flow of new mathematical results. But for a field that values social interaction so much, changes are inevitable.

Lead image: The Oberwolfach Research Institute for Mathematics in Germany, normally a center of collaboration, is now deserted. Credit: Thi My Lien Nguyen for Quanta Magazine