Music for the Birth of the Universe

This composer takes inspiration from scientific cosmology and quantum mechanics. 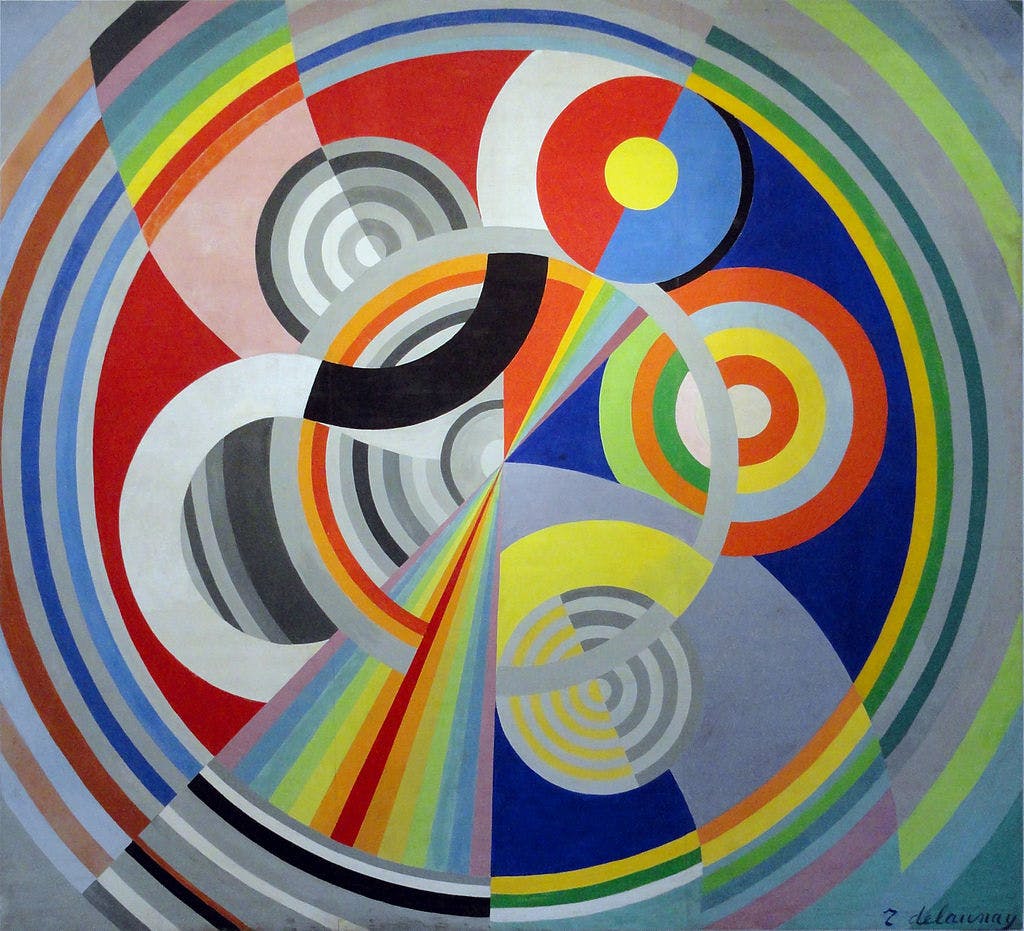 In recent years, composer Darryl Kubian has turned his attention to the cosmos. His aim: How do you musically capture the expansion of the universe, electromagnetic radiation and black holes? “There definitely were a few moments of head-scratching when it came to representing some of the more esoteric aspects of physical phenomena,” he says.

Kubian had already scored music for popular nature documentaries in which dolphins swim to surfer-style pop music, snakes slither and strike to fiddle, sitar and gamelan bells, and the Amazon is deforested to the dark notes of the electric guitar and synthesizer. But his deep fascination with theoretical physics and astronomical events inspired him to write stand-alone compositions for orchestras that describe in musical terms both the complex and awe-inspiring nature of our cosmos. He says the process of creating this work was “challenging, rewarding and fun.”

I find it particularly inspiring that sound had a helping hand in crafting our universe.

Kubian, who is also a violin player for the New Jersey Symphony Orchestra and an acclaimed thereminist, appreciates both classical and contemporary music, combining the two in his works to form a unique electroacoustic musical style. Take for example, his album “String Theory,” in which he draws on a wide range of sound from classical orchestral swells to the plaintive tones of an electric violin. One piece even includes the discordant thunder of an airplane’s takeoff. He likes to keep his listeners on their toes, avoiding the expected and the literal.

Nautilus recently spoke with the composer about a number of topics including the deep connection between the cosmos and sound, the strange beauty of the theremin, and whether technology will ultimately save or destroy us.

What inspires you about the cosmos?

Johannes Kepler, in his Music of the Spheres, stated his discovery that the [angular velocities of planets in their] orbits—when you line them up and put them into a ratio—come amazingly close to what we consider our major and minor scales today. At the same time he was figuring that out, music theory was undergoing a massive shift away from the modal system to the concept of major and minor scales. When I learned this, I remember thinking: Wow, the way music has developed its ideas of musical scales is actually embedded in the sky that we look up at every day.

More recently, when scientists were looking at the cosmic microwave background and making some of the first, detailed maps of the universe, some people noticed that the way matter was distributed actually corresponded to the overtone series in Western music. In essence, it was the sound waves, and other factors, like gravity, that helped clump all the stuff together, eventually becoming the galaxies. I find it particularly inspiring that sound had a helping hand in crafting our universe.

How has nature been a motivating force for your music?

Even as a small kid I was always drawn to the outside, and I started composing right from the beginning, so I drew a lot from what I was seeing. Later on, for the nature shows [that I scored], you have the visual guide right there, and there are ways to play with the picture and ways to play against it, to challenge what people’s preconceived notions are about what nature should sound like. It’s the same for many classical composers whose inspirations were also nature-based. One of my favorite examples is the horse. A lot of classical music is filled with the rhythm of a horse galloping or trotting. My wife is an avid horse person, so having finally gotten to ride a horse, I was like, “Oh, this is what’s embedded in everything.”

Why did you to write about the birth and death of the universe in your violin concerto?

I read an article in Scientific American [published in 1999] about the fate of the universe. At the time, scientists weren’t sure if it was going to expand forever or contract into a fireball. The authors posited that it would expand forever, and eventually everything would be scattered out in a beautifully uniform way. They claimed this would happen over a 100-billion-year period, starting from the Big Bang. So I scored this timeline.

A lot of classical music is filled with the rhythm of a horse galloping or trotting.

We will never know just what the fate of the universe really is and that being so, I felt it was only fitting to show reverence for that which has sustained and given us life.

Tell us how you captured the universe in your concerto.

In the first 30 seconds of the first piece “Big Bang,” there’s a moment when it becomes very glacial and calm. That’s supposed to be when the universe became transparent after all the matter cooled down enough for the first stars to form. And in the same sense that physicists believe all the building blocks of the universe were contained in that initial singularity, the first 30 seconds of the piece contain all the melodic material and harmonic material that I use throughout the whole concerto.

The second movement, “Zeno’s Paradox,” is about the paradox of motion: If space is infinite, how can you ever get from one point to the next? The melodic material there is basically a loop. I was trying to embody the idea of loop quantum theory where space is not infinite at the smallest scale. We reach the smallest unit of measurement at some point, which I represented by the little fragment of music that keeps turning over and over again.

The last movement of the piece, “Distant Suns,” is the point in the timeline where all the matter in the universe is so spread apart that the light from one star can’t reach any other points and everything just flickers out into darkness. So the material I used in the other movements has now been simplified to four notes. Eventually, bells toll, and at that point entropy will soon be at its maximum. You hear the four notes and then there’s a moment of silence. But I also wanted to provide closure to the story, so I added a coda to give people the sense that they’ve arrived at something that no one can ever know, but that we should think about. Sort of like a homily at the end of the piece: The universe is in essence dead, so you want to honor the fact that it did exist.

You’ve been the featured theremin soloist for a number of symphonies. What’s so special about the theremin?

The theremin is one of the oldest electronic instruments, invented in the 1920s, and it’s the only instrument that you don’t touch to play. You manipulate the magnetic field to change the pitch and volume, and it has this very meditative quality because you’re creating sound purely based on the movement of your body.

I used the Strauss waltz, because when he wrote his waltzes society was falling apart.

We can’t see the magnetic field because our eyes can’t pick it up, but if we could, we’d see this giant balloon that my hands are changing the shape of as I’m playing the instrument. It ties into the mystery of how the universe works in a fundamental way, because you’re able to manipulate something that you just don’t see.

In your CD “String Theory” you take inspiration from concepts in theoretical physics. Could you give us an example?

In my song, “Cauchy’s Horizon,” I was drawn to [an interpretation of] Cauchy’s theorem: Under certain circumstances, you could sort of violate the rules of physics and, if not travel back in time, bend light just enough so that you could actually see back in time for a short period. I used that as an opening piece for the CD: You’re traveling backwards through violin literature throughout the last 300 years, hearing overlapping pieces and original instruments. At the same time, the pitch is getting lower. Our whole sense of pitch has gotten higher—the A we normally think of today was much lower 300 years ago, based on how much pressure the strings could take. This change in pitch over time is also analogous to the redshift, in which light shifts to the red part of the spectrum as it gets further away from you [say, as the universe expands].

You also explore the relationship between humans and technology in “String Theory.” What is your ultimate message about technology—will it destroy us?

The piece “Vox Concrete” is a duet between a jet engine and a violin. It’s the idea that we have the capacity to create beauty, but by the same token we also cause a lot of the problems we’re facing. We’re destroying our environment, we’re not maintaining any sort of balance with nature, and eventually we’ll have to pay for it. To show this, I distorted the violin’s sound, ran it through a lot of guitar distortion to make it sound very driving, very hard.

“Artist’s Life” is lyrical and soft, the other side of the coin, creating a positive mirror image of technology. The fact that we can see people’s work, read writings across the world without even having the book—that’s a great use of technology. I used the Strauss waltz, because when he wrote his waltzes society was falling apart. There was an odd juxtaposition: Everyone’s having a great time, but the floor’s coming out from under them. So as the CD ends, the final outcome is ambiguous: No one knows. It’s up to us.