The author on writing his new book, “The Ascent of Information.” 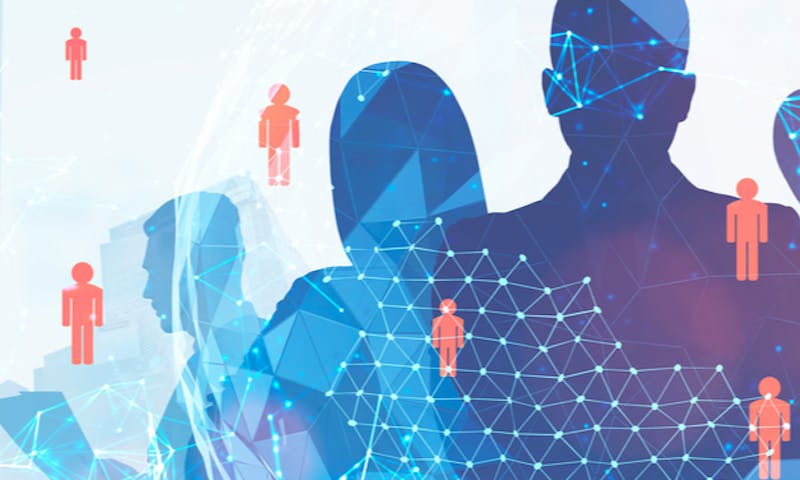 The dataome is shorthand to describe all of the externalized information we generate in symbolic representations: drawings, music, books, computing, data storage. It’s all of the information we utilize and propagate, along with ourselves, through time and space. It’s not encoded in our genes but it’s clearly heritable. I can read a copy of a text from 1,000 years ago and it has stayed intact all that time. Money, too, now circulates through corporations and institutions that deal with information as their primary resource. The dataome is the correlation and dissemination of information or misinformation that has swamped us. It can feel like its own species.

If you take an elevated perspective, you can see this extraordinary continuum of weird stuff we call information has been emerging and propagating itself for billions of years on Earth. For me, the big revelation was, Wait a minute. There is no real difference between the dataome—our externalized world of books and computers and machines and robots and cloud servers—and us. That means the dataome is a genuine alternative living system here on the planet. It’s dependent on us, but we’re dependent on it too. And for me that was nerve-wracking. You get to the point of looking at it and going, Wow, the alien world is here, and it’s right under our nose, and we’re interacting with it constantly.

We Co-exist with an Alternate Living System

When you buy into the dataome, you look at our species differently. We aren’t what we thought we were. We already know and accept that we have the microbiome. We carry around more genes in our microbes than we do our own genes. Humans have roughly 30,000 identified genes. Some estimates place the microbial gene count at 200 million. In a sense, we’re already aware we co-exist with other informational stuff, it just happens to be biological.

If we accept the dataome is another alternate living system, and it’s clearly in an intimate symbiotic relationship with us, we realize we can’t exist fully without it. Pretty much everything we do as a species, good and bad, comes down to the propagation of information, the exchange of information. We are not isolated creatures, we’re highly social creatures. We are constantly exchanging information that enables us to build a library for survival on this planet. It’s proven an incredibly successful approach to survival. If I can remember what happened 1,000 years ago, that may inform me for success today.

Every day we generate more data than is represented by every word spoken by every human being who ever lived.

What does it do for us if we see the world this way? It gives us a new handle on what is best for us, as a species and as individuals, and it gives us clues to how to optimize things. If you’re not aware that you’re in this deep symbiosis, you’ll do crazy stuff that’s not good for the overall equilibrium. The dataome started growing when we were able to mass produce books. Today, with electronic data, it’s undergoing a massive exponential growth.

Right now, we generate something like 2,000 exabytes of data a year. That means that every day we generate more data than is represented by every word spoken by every human being who ever lived. If you take every conversation of every human that ever lived across all of their lifetimes, across almost 200,000 years, we make more than that amount of data every day. And it’s accelerating. And it requires energy. If things carry on at the rate they’re occurring at the moment, in terms of energy use, we’re on course to, in 20 to 40 years, require as much energy just to support the dataome as we generate in totality for all of our civilization today. From the Darwinian point of view of the dataome, this is fantastic, because it gets to grow. It’s occupying more niches too. It doesn’t care if the data is cat videos or pictures of your sandwich. But from our point of view, this is undoubtedly detrimental to the physical environment.

From my perspective, we have been asking the wrong questions. We’ve been asking, “Why is this all happening? How do we solve this?” But we need to step back and ask, “What are we, really? What kind of species are we?” We’ve been focused on our biological form. What I’m saying is we aren’t what we thought we were. We’re this biological form plus data in a symbiotic relationship. You can’t disentangle the two. We’re going to keep making the same mistakes and coming up with the wrong kind of therapy until we recognize that.

The Real Singularity Happened 200,000 Years Ago

People now talk about the accelerating growth of technology, the emergence of machine learning and artificial intelligence. They talk about transcendence, the potential for us to upload ourselves into some new form, perhaps into a computerized form. They also talk about the technological singularity, the idea that there could come a point of such extraordinary growth in the sophistication of technology that there’s a transformation. It’s like this switch goes off and suddenly the machines take over. Technology accelerates to an extent that’s unimaginable to us. It actually leaves us behind.

But these ideas of transcendent singularity in the future undersell the extraordinary transition and transformation that happened over the last 200,000 years when Homo sapiens emerged as a distinct species. It’s a nice fantasy to think about future singularity. But that’s just part of a continuum. It really began when biology started to implement information external to itself in the way humans did it. Transcendence moved life to a different kind of instantiation 200,000 years ago. Humans distinguished themselves by enabling knowledge, by enabling information, to be carried through time in a far more explicit way than any other species had done. Termites build and leave behind a nest, and it’s an extraordinary structure. Birds too. But there’s no evidence that any other species leaves information that is so meaningful for subsequent generations as us. The real singularity was that point at which specific information about the world, about experiences, about ideas, about inventions and creations, began to live alongside us.

Shakespeare is a great example to illustrate the persistence of information. Here’s one individual, one human, who was particularly capable and productive, but could create all this externalized information. His children couldn’t inherit it genetically. But the rest of us could inherit it. It has propagated through time and changed form. It’s been transformed from books into movies. And information represents not just the physical world but ideas about the world. A beautiful picture, whether it’s a piece of abstract expressionism or Renaissance masterpiece, invokes more than just, “Oh, well there’s a horse or a castle that someone built.” It invokes ideas and experiences, and allows you to inhabit another part of the human experience, or to explore your own inner experience.

The ability to transfer a sense of experience or emotional state is something we’re able to do through art and literature. I would rank that form of data as important as any other. It helps us understand ourselves better as individuals. As a scientist, you step back and say, The Darwinian view of the world is important for survival. I’m sure our individual capacity to understand ourselves, to moderate our emotions, to make ourselves not despair or be manic, to avoid habits that feel detrimental, fits into some grand accounting scheme in the end. Having a better sense of ourselves and our connection to the dataome will allow us to pass along our genes and contribute to the propagation of our species.

Read an excerpt from Caleb Scharf’s new book, The Ascent of Information, here.

Caleb Scharf is the author of The Ascent of Information. He is an astrophysicist, the director of astrobiology at Columbia University in New York, and a founder of yhousenyc.org, an institute that studies human and machine consciousness. His previous books include The Zoomable Universe: An Epic Tour Through Cosmic Scale, from Almost Everything to Nearly Nothing.