The first official evidence of a key imbalance between neutrinos and antineutrinos provides one of the best clues for why the universe contains something rather than nothing. 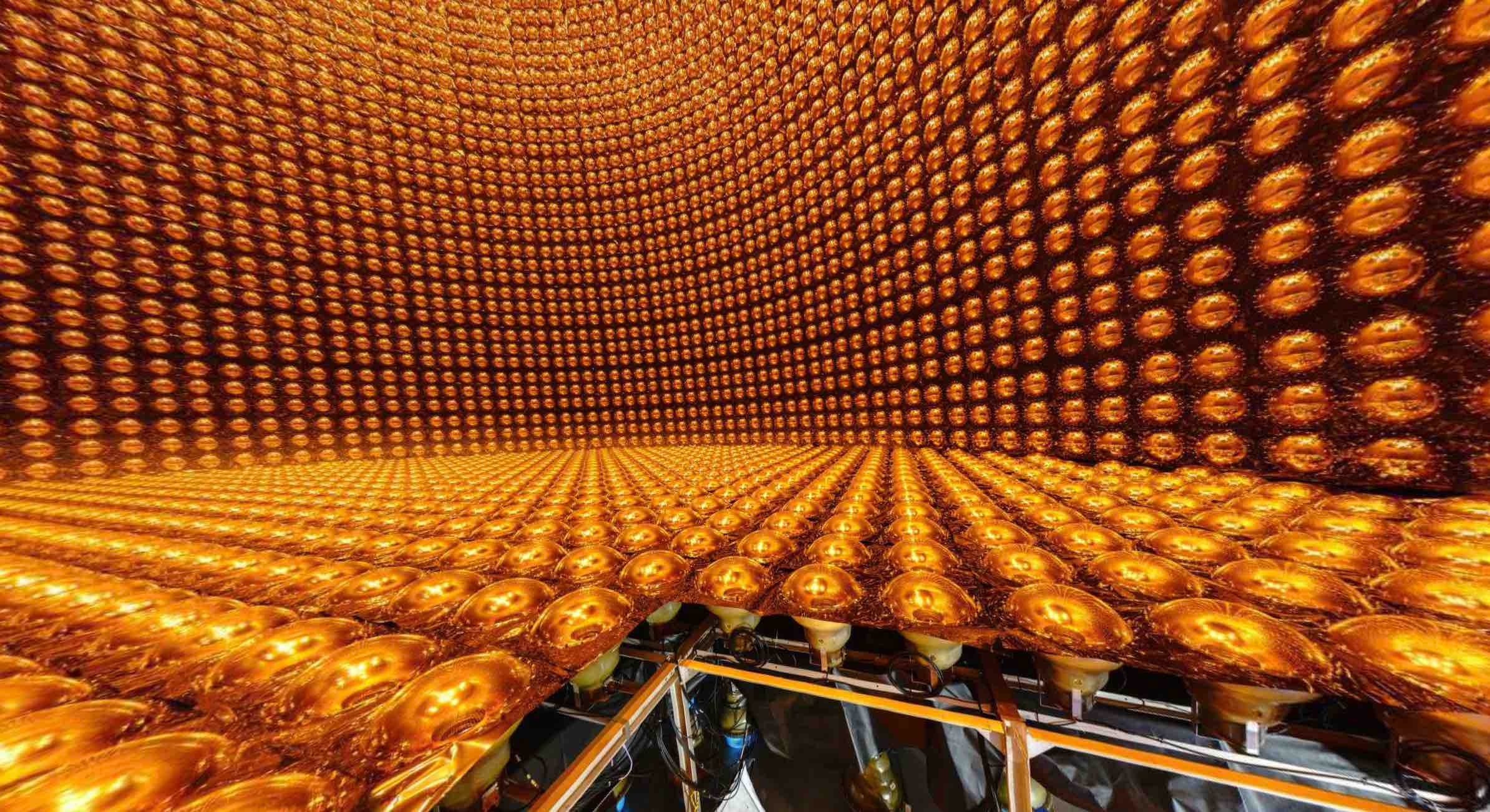 Physicists have detected the strongest evidence yet of a behavioral difference between elementary particles called neutrinos and their mirror-image twins, antineutrinos. The asymmetry could be the key to why so much more matter than antimatter arose during the Big Bang—further explaining why anything at all exists today, since matter and antimatter in equal portions would have mutually annihilated.

“This is a hint that there is a large asymmetry between neutrinos and antineutrinos,” said Deborah Harris, a neutrino physicist at the Fermi National Accelerator Laboratory in Illinois and York University in Canada who was not involved in the work. “It’s a big deal,” she said, since “we’re trying to figure out what process could have tipped the balance in favor of matter over antimatter.”

“I am excited because this is the first time we have solid indications,” said Federico Sanchez Nieto of the University of Geneva, a co-spokesperson for the T2K experiment in Japan, which reported the results on April 15, 2020 in Nature.

The T2K team started seeing signs of a discrepancy in the behavior of neutrinos and antineutrinos in 2016. Their latest result, following years of additional data collection and improvements to the data-analysis techniques, rises to a statistical level that physicists regard as official evidence of a physical effect. “The significance of [the effect] increases with the collected data, which is what one expects when the result is correct,” said Werner Rodejohann, a neutrino physicist at the Max Planck Institute for Nuclear Physics in Germany who was not involved in the experiment.

And while next-generation experiments will be needed to gather enough data to definitively claim a discovery, the evidence is piling up years faster than experimenters expected, because neutrinos and antineutrinos seem to differ as much as they possibly could. “Nature seems to be very kind to us,” Rodejohann said.

Neutrinos are omnipresent but mysterious, easy to create but hard to catch. They spew from nuclear reactions in the sun and stars and stream through our bodies by the trillions each second. The super lightweight particles are so elusive that their properties are still being explored.

Experiments since the 1990s show that, as neutrinos and antineutrinos fly along, they change between three types, or “flavors,” labeled electron, muon and tau.

Since 2010, the T2K scientists have been generating muon-flavored neutrinos and antineutrinos in Tokai, Japan, and beaming them 295 kilometers to Kamioka—the location of the Super-Kamiokande neutrino observatory, an underground, sensor-lined tank of 50,000 metric tons of pure water. Occasionally, upon arrival, one of the elusive particles interacts with an atom inside the tank and generates a telltale flash of radiation. The scientists fish for the neutrinos and antineutrinos that have oscillated from muon flavor into electron flavor during their cross-country journey.

“We lighted the first candle,” said Sanchez Nieto, “but the big prize”—a definitive discovery of CP violation—“is still to come.”

CP violation among neutrinos supports a theory about how matter came to dominate the universe early on. The theory involves another striking property of neutrinos: They’re all “left-handed,” meaning that a neutrino shooting toward you will always appear to spin clockwise. All antineutrinos, meanwhile, are right-handed; they spin counterclockwise.

Given this, and the fact that neutrinos have an inexplicably tiny amount of mass, experts suspect that neutrinos and antineutrinos once had super heavy counterparts with opposite handedness—right-handed neutrinos and left-handed antineutrinos. These ultra-massive particles would only have been able to form in the hot, energetic early universe, where they would have quickly decayed into lighter particles. But if they decayed asymmetrically, they could easily have produced the matter surplus that makes life and the cosmos possible today.

The NOvA experiment in the United States is also measuring neutrino oscillations and finding hints of CP violation. Even with their results combined, though, NOvA and T2K won’t reach statistical certainty. Future, bigger experiments—one called DUNE in the U.S. that will begin operations in 2027, as well as T2K’s planned successor, known as T2HK—should be able to nail the value of the CP-violating phase. “The T2K results imply that we live in a universe where the next generation of experiments will be able to make a measurement that we’d classify as a discovery of CP violation,” Harris said.

Meanwhile, one other crucial measurement will be needed to cement the case that those heavy right-handed neutrinos and left-handed antineutrinos existed in the early universe, and that their decay produced the matter-filled universe we see. Physicists are looking for an extremely rare nuclear decay that could happen if the framework is correct. But so far, that search has come up empty. “Here nature does not seem to like us,” Rodejohann said.

Lead image: The Super-Kamiokande detector in Japan is 12 stories tall and lined with sensors that can detect radiation generated by passing neutrinos. Ordinarily it is filled with water; this image was taken while it was being refurbished in 2018. Credit: Kamioka Observatory, ICRR, The University of Tokyo / NHK Enterprises, Inc.