Updated results from a Japanese neutrino experiment continue to reveal an inconsistency in the way that matter and antimatter behave. 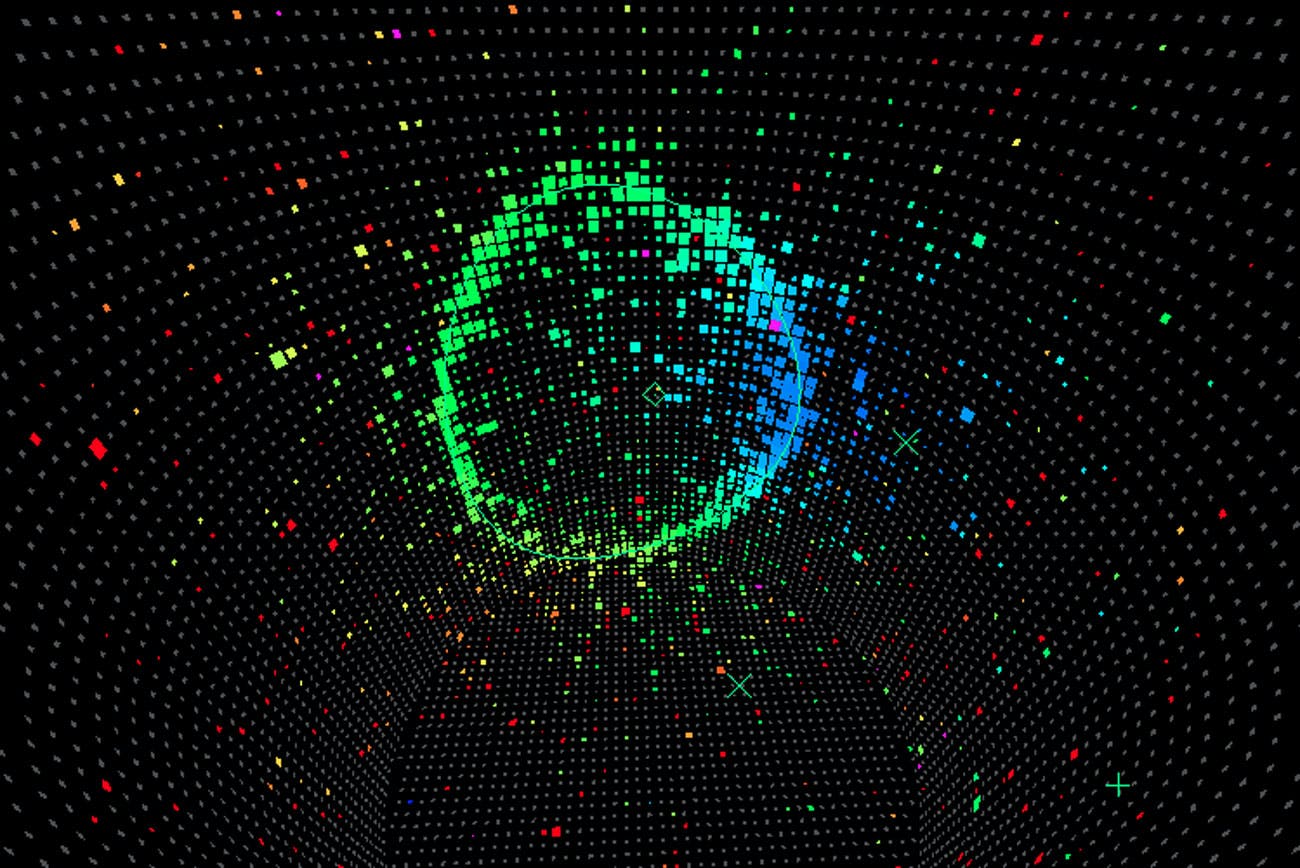 From above, you might mistake the hole in the ground for a gigantic elevator shaft. Instead, it leads to an experiment that might reveal why matter didn’t disappear in a puff of radiation shortly after the Big Bang.

I’m at the Japan Proton Accelerator Research Complex, or J-PARC—a remote and well-guarded government facility in Tokai, about an hour’s train ride north of Tokyo. The experiment here, called T2K (for Tokai-to-Kamioka) produces a beam of the subatomic particles called neutrinos. The beam travels through 295 kilometers of rock to the Super-Kamiokande (Super-K) detector, a gigantic pit buried 1 kilometer underground and filled with 50,000 tons (about 13 million gallons) of ultrapure water. During the journey, some of the neutrinos will morph from one “flavor” into another.

In this ongoing experiment, the first results of which were reported last year, scientists at T2K are studying the way these neutrinos flip in an effort to explain the predominance of matter over antimatter in the universe. During my visit, physicists explained to me that an additional year’s worth of data was in, and that the results are encouraging.

According to the Standard Model of particle physics, every particle has a mirror-image particle that carries the opposite electrical charge—an antimatter particle. When matter and antimatter particles collide, they annihilate in a flash of radiation. Yet scientists believe that the Big Bang should have produced equal amounts of matter and antimatter, which would imply that everything should have vanished fairly quickly. But it didn’t. A very small fraction of the original matter survived and went on to form the known universe.

Researchers don’t know why. “There must be some particle reactions that happen differently for matter and antimatter,” said Morgan Wascko, a physicist at Imperial College London. Antimatter might decay in a way that differs from how matter decays, for example. If so, it would violate an idea called charge-parity (CP) symmetry, which states that the laws of physics shouldn’t change if matter particles swap places with their antiparticles (charge) while viewed in a mirror (parity). The symmetry holds for most particles, though not all. (The subatomic particles known as quarks violate CP symmetry, but the deviations are so small that they can’t explain why matter so dramatically outnumbers antimatter in the universe.)

Last year, the T2K collaboration announced the first evidence that neutrinos might break CP symmetry, thus potentially explaining why the universe is filled with matter. “If there is CP violation in the neutrino sector, then this could easily account for the matter-antimatter difference,” said Adrian Bevan, a particle physicist at Queen Mary University of London.

That result got the community excited—although most physicists were quick to point out that with such a small sample size, there was still a 10 percent chance that the difference was merely a random fluctuation. (By comparison, the 2012 Higgs boson discovery had less than a 1-in-1 million probability that the signal was due to chance.)

This year, researchers collected nearly twice the amount of neutrino data as last year. Super-K captured 89 electron neutrinos, significantly more than the 67 it should have found if there was no CP violation. And the experiment spotted only seven electron antineutrinos, two fewer than expected.

Researchers aren’t claiming a discovery just yet. Because there are still so few data points, “there’s still a 1-in-20 chance it’s just a statistical fluke and there isn’t even any violation of CP symmetry,” said Phillip Litchfield, a physicist at Imperial College London. For the results to become truly significant, he added, the experiment needs to get down to about a 3-in-1,000 chance, which researchers hope to reach by the mid-2020s.

But the improvement on last year’s data, while modest, is “in a very interesting direction,” said Tom Browder, a physicist at the University of Hawaii. The hints of new physics haven’t yet gone away, as we might expect them to do if the initial results were due to chance. Results are also trickling in from another experiment, the 810-kilometer-long NOvA at the Fermi National Accelerator Laboratory outside Chicago. Last year it released its first set of neutrino data, with antineutrino results expected next summer. And although these first CP-violation results will also not be statistically significant, if the NOvA and T2K experiments agree, “the consistency of all these early hints” will be intriguing, said Mark Messier, a physicist at Indiana University.

“Right now, we are probably willing to bet that CP is violated in the neutrino sector, but we won’t be shocked if it is not,” said André de Gouvêa, a physicist at Northwestern University. Wascko is a bit more optimistic. “The 2017 T2K result has not yet clarified our understanding of CP violation, but it shows great promise for our ability to measure it precisely in the future,” he said. “And perhaps the future is not as far away as we might have thought last year.”