A supernova-like explosion dubbed the Camel appears to be the result of a newborn black hole eating a star from the inside out. 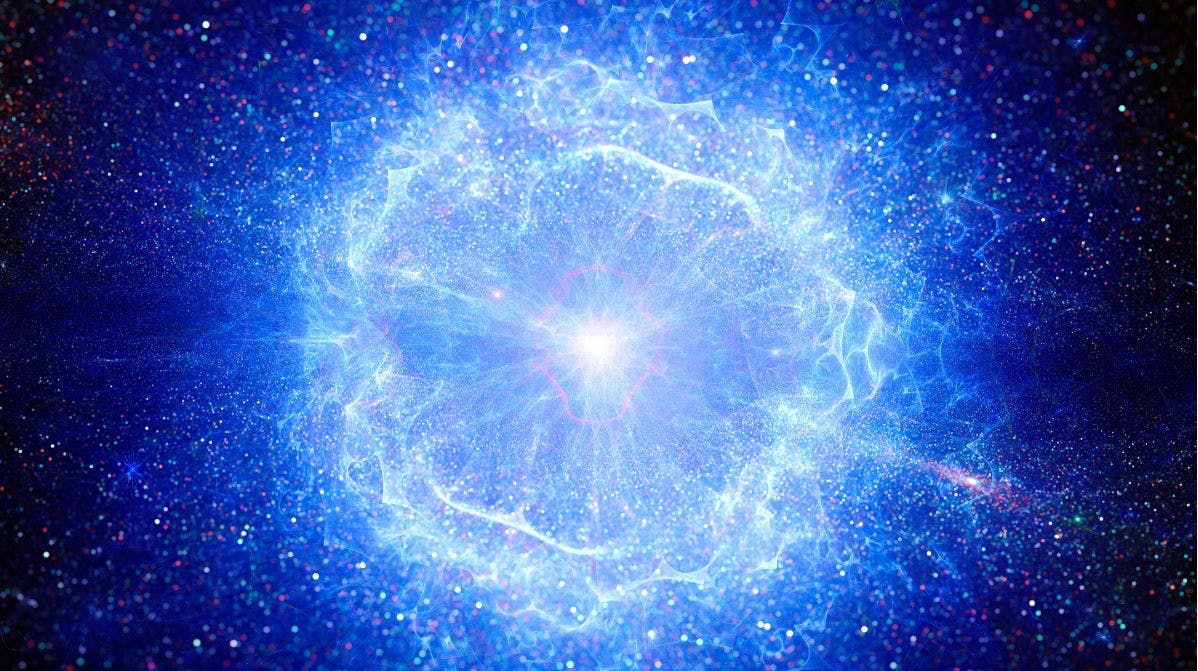 In 2018, astronomers were shocked to find a bizarre explosion in a galaxy 200 million light-years away. It wasn’t like any normal supernova seen before—it was both briefer and brighter. The event was given an official designation, AT2018cow, but soon went by a more jovial nickname: the Cow.

The short-lived event—known as a transient—defied explanation. Some thought it might be a star being torn apart by a nearby black hole, but others favored a “failed supernova” scenario, where a black hole quite literally eats a star from the inside out. To find out for sure, they needed to find more Cow-like events.

More than two years later, they got one.

Beginning on October 12, 2020, telescopes watched as something in a galaxy 3 billion light-years away became incredibly bright, then disappeared from view. It behaved almost identically to the Cow, astronomers reported in a paper posted to the online preprint site arxiv.org in March 2021, leading them to conclude that it must be the same type of episode. In keeping with tradition, it was given its own animal-inspired name: the Camel.

“It’s really exciting,” said Deanne Coppejans, an astrophysicist at Northwestern University. “The discovery of a new transient like AT2018cow shows that it’s not a complete oddball. This is a new type of transient that we’re looking at.”

The Cow was a complete surprise, and astronomers weren’t really sure what they were looking at when it appeared. The Camel, in contrast, was like a burglar tripping the new alarm system. “We were able to realize what it was within a few days of it going off,” said Daniel Perley, an astrophysicist at Liverpool John Moores University who led the study. “And we got lots of follow-up data.”

Four days later, the team used telescopes in the Canary Islands and Hawaii to obtain vital data on its properties. They later put out an alert to other astronomers on a service called the Astronomer’s Telegram.

The event was given two designations. One, AT2020xnd, came from a global catalog of all transients, and the other, ZTF20acigmel, came from the Zwicky Transient Facility, the telescope where it was discovered. The team twisted the latter into its “Camel” nickname. “Xnd didn’t quite have the same ring to it,” said Perley.

Like its predecessor, the Camel became very bright in a short time, reaching its peak in two or three days. It grew about 100 times brighter than any normal type of supernova. Then it rapidly dimmed in a process that lasted just days, rather than weeks. “It fades very fast, and while it’s fading it stays hot,” Perley said.

Prior to this discovery, astronomers had sifted through historical data to find two additional Cow-like events, the “Koala” and CSS161010, but the Camel is the first to be seen in real time and thus studied in detail since the Cow.

The four events have similar properties. They quickly get bright, then fade fast. They’re also hot, which makes them look blue. But these “fast blue optical transients” are not identical.

“The explosion itself and the sort of zombie afterlife behavior, those are quite similar,” said Anna Ho, an astrophysicist at the University of California, Berkeley who discovered the Koala and was part of the Camel discovery team. The events all appear to be some sort of explosion from a star that collides with nearby gas and dust. “But the collision stage where you’re seeing the explosion collide with ambient material, that has shown some variation in the amount of material lying around and the speed in which the shock wave from the explosion is plowing through the material.”

The leading idea at the moment is the failed-supernova hypothesis. The process begins when a massive star around 20 times the mass of our sun reaches the end of its life and exhausts its fuel. Its core then collapses, beginning what would normally be a regular supernova, where infalling material rebounds back out, leaving behind a dense object called a neutron star.

But in cases like the Camel and the Cow, “something unusual happens in the process to core collapse,” said Perley. “What we claim is that instead of collapsing to a neutron star, it collapsed straight into a black hole, and most of the star fell into the black hole.”

As the black hole eats the star’s outer layers, it begins to spin rapidly, producing powerful jets that fire out from the poles. We’re seeing the explosion of light caused by the jets as they burst through the outer layers.

Other ideas have also been proposed, such as an event where a black hole of intermediate mass rips material from an orbiting star, but that idea isn’t widely accepted. “That was an exotic idea,” said Brian Metzger, a theoretical astrophysicist at Columbia University. “I’m less inclined to believe more exotic things.”

The exciting thing about the Camel is that astronomers were able to rapidly collect more data, including radio and X-ray data. That could prove very useful in working out what causes these events, said Stephen Smartt, an astronomer at Queen’s University Belfast who was the first to spot the Cow back in 2018.

“The data we have [from the Camel] almost mimics the object in 2018,” he said. “It gives us some confidence that we could pick out [more of] these objects and work out what they might be.”

Ho said that this should now be possible, thanks to improvements in observational techniques that make these events easier to spot. “Initially we were just looking for events that brightened very quickly,” she said. “Since then, we’ve learned that Cow-like objects not only brighten very quickly, they also fade very quickly.”

The hope now is that more of these objects will spring up, so they can be studied in greater detail. “It’s an example of how, when we observe the sky, we find things that are utterly unexpected,” said Ho.

Lead image: The explosion, illustrated here, is bluer than an ordinary supernova and more than 100 times as bright. Credit: SAKKMESTERKE / Science Source