A new anole on the island of Hispaniola confirms that ecological communities can follow predictable patterns. 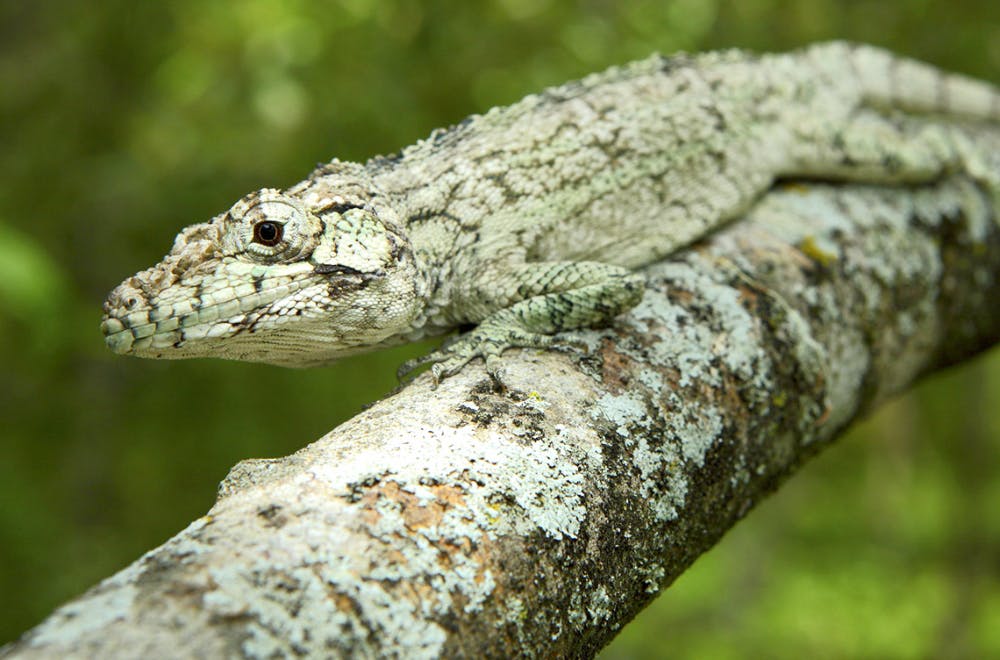 The anole lizards that dot many islands of the Caribbean are a natural evolutionary experiment. Many species of anole exist, and, in a striking pattern, they seem to have evolved in roughly the same way on many different islands.

As Carl Zimmer noted in his story “The New Science of Evolutionary Forecasting”:

But one group of anole on the island of Cuba seemed to defy the theory. Known collectively as Chamaeleolis anoles,* these species are large and slow-moving, like chameleons, and tend to live in tall lichen-covered branches. They appeared to have no counterpart on the other islands. Then Miguel Landestoy, a self-taught naturalist on the island of Hispaniola, snapped a photo of what appeared to be a lizard similar to the Chamaeleolis anoles group. Landestoy sent the photo to lizard experts including Luke Mahler, an anole specialist at the University of Toronto. “As soon as I opened the email, I thought ‘what on earth is that!?,’” Mahler said in a statement from the university. Mahler flew to Hispaniola to join Landestoy on a specimen-hunting expedition, returning with two of the lizards. Last week Mahler and his colleagues published a report of the discovery in The American Naturalist. They named the new lizard Anolis landestoyi.

According to Mahler, the discovery supports the idea that evolution can be surprisingly predictable. DNA sequencing confirms that the anole is related to large lizards from Hispaniola. Scientists still need to figure out why the new anole resembles its Cuban counterpart: Is it because the two share a recent ancestor — the lizards can migrate to new islands on logs — or because the lizards followed similar evolutionary paths? “Either way, things are more similar across these two islands than we thought,” Mahler said.

It’s the first significant new species of anole discovered on the island since the 1980s. “Never in a million years would I have thought that a completely new species of anoles, something unlike anything previously known, would be discovered on that island,” said Jonathan Losos, an evolutionary biologist at Harvard and curator of herpetology at Harvard’s Museum of Comparative Zoology, in a statement from Harvard.

For more on island-hopping anoles, check out our story “Lizard Stowaways Revise Principle of Ecology,” which describes how shipping among the Caribbean islands upended a tenet of ecology called island biogeography theory.