New Model Warns About CRISPR Gene Drives in the Wild 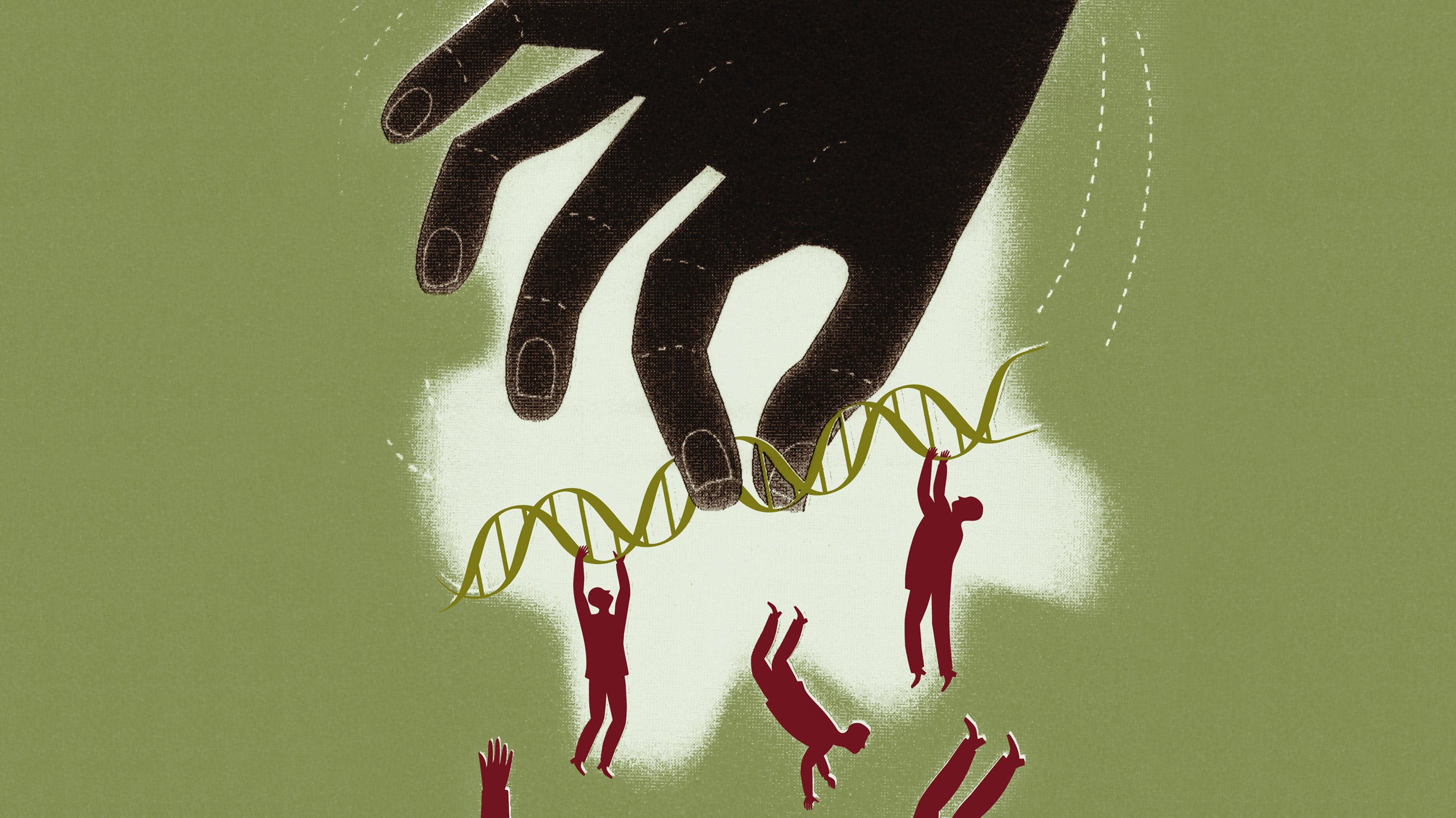 As the revolutionary CRISPR technology for modifying genomes has taken off in recent years, one daring potential application has caught the attention of conservation scientists, policymakers, public health workers, and others: It could be used to create so-called gene drives to eliminate or control unwanted species. Experts debating the wisdom or perils of that approach have often reached very different answers.

A new paper being published today makes a case that caution is warranted. Using computer modeling, it suggests that in at least some forms, the drives may be more invasive than previously suggested. The paper is now on the scientific preprint site biorxiv.org. (The authors, a team from Harvard University and the Massachusetts Institute of Technology, also submitted the work to a peer-reviewed journal.)

Gene drives are genetic constructions that can be inserted into DNA to change the rules of inheritance in sexual reproduction. They can boost the chances that a particular trait will pass from a parent to its offspring from 50-50 to nearly 100 percent. The technology is so far limited to the lab, but many scientists hope to eventually use it to control disease-carrying insects, invasive species, and other problematic organisms.

That ambition has met with two kinds of resistance. One is from other researchers and environmentalists who worry that gene drives might become invasive, spreading unintentionally far in nature with undesired effects. The other is from the natural world itself: As Quanta reported last year, a series of papers suggested that organisms evolving resistance to gene drives might stop them from going very far in the wild.

The new modeling work from Harvard and MIT, however, finds that the most basic version of a gene drive—one with CRISPR technology, meant to replicate and spread indefinitely—may be invasive even in the face of evolutionary resistance. In the new paper, “invasive means that if even a small number of organisms with a gene drive are released to a large wild population, it’s likely that the drive element could spread within that population and to neighboring populations,” said Charleston Noble, a doctoral student at Harvard and a first author.

In an accompanying perspective published today at PLOS Biology, Kevin Esvelt, an evolutionary engineer at MIT, and Neil Gemmell, a geneticist at the University of Otago in New Zealand, outline what’s at stake with standard gene drives—particularly for conservation projects.

The perspective also calls for more research on local gene drives—including an untested approach promoted by Esvelt’s lab—that would work somewhat like a standard drive but with biological limits that make them less likely to spread outside targeted populations.

Esvelt says the perspective serves in part to correct statements in a paper he co-authored in 2014, which he now thinks were too optimistic about the potential for standard gene drives in conservation.

“We’re hoping to shed more light on the topic and make it very clear that my earlier decision to list environmental conservation” as a use “for standard gene drives is a mistake,” he said. “Unless you are doing a [local] drive technique, it’ll be a problem.”

In the modeling preprint, the Harvard and MIT team only considered one type of standard gene drive, called a replacement or alteration drive. Here, the drive swaps out a trait in a population. For example, a replacement drive might alter Anopheles mosquitoes so that they can’t physically transmit the malaria parasite.

The model also ignored a range of factors that could curb the spread of a gene drive in the wild, including the distance between populations, differences in local ecology, and any inability for lab organisms to mate with their wild counterparts.

This simplicity was “deliberate,” said Noble. “We wanted to err on the side of caution and keep it as simple as we could. Adding more factors could make [the gene drive] look better from a containment standpoint.”

The paper included two main models. The first assumed a large population of organisms in which any individual was equally likely to mate with any other. The second broke the population into smaller groups, and individuals could migrate between them. Both models included a mix of wild-type organisms (ones with naturally occurring genomes), as well as those with gene drives or resistance to the gene drives.

To get a sense of how efficient the gene drives might be in reality—and how much resistance they’d face—the team pulled data from published gene-drive experiments in fruit flies, mosquitoes and yeast.

The results suggest that releasing even a small number of gene-drive organisms can be invasive. This was true for even the least effective gene drives—and in the presence of resistance. In one modeled scenario involving a gene drive that was only conservatively efficient, for example, releasing just 10 organisms created a 97 percent chance of invasion, which spread the drive out to a third of the population on average.

But the models didn’t consider the gene drives that most scientists think are more likely to be used in conservation projects: suppression drives. In those, the gene drive alters a trait that the population needs to survive. For example, such a drive may skew a population to be all male or all female so it stops breeding and dies out. It’s unclear whether suppressive drives would prove as invasive, although Noble said he plans to investigate these soon.

That the new models look at migration between subpopulations is important because it’s “something people so far haven’t taken into account,” said Philipp Messer, a population geneticist at Cornell University who was not involved in the research. Plugging experimental data back into the models is also a new step for gene drives. Although the findings aren’t particularly surprising, he added, it’s hard to tell how well they model the real world because they are so simplified.

According to the modeling paper, the findings call into question recommendations from a 2016 report from the National Academies of Science, Engineering, and Medicine. The report was cautious on gene drives and recommended more research—including controlled field tests. The Harvard and MIT team, however, argue that even controlled field tests may pose a problem for standard gene drives.

Among those who disagree with their assessment is Jason Delborne, one of the authors of the 2016 report and a professor of science, policy, and society at North Carolina State University. While the 2016 report did suggest a stepwise approach to field tests, the authors “concluded that not enough was known to pursue an environmental release,” Delborne wrote by email.

“Arguably that has not changed,” he added. “Unfortunately, the term ‘field trial’ is not a precise concept, because its degree of risk depends upon the specifics of the technology and its context.”

In the PLOS perspective paper, Esvelt and Gemmell outlined the broader implications for standard gene drives in conservation projects—particularly those that aim to eliminate invasive rats, mice, and other mammals from islands.

The paper highlighted alternative gene-drive technologies that could spread a gene to a population but not beyond that population. One example is a precision gene drive, which targets a version of a gene that is unique to a population. For example, invasive mice that live on an island may have been isolated from mainland mice long enough to have some unique genetic features, even though they are still the same species. A gene drive targeted at that feature would work on the island, but not on other mice.

Another idea, which is so far untested, is from Esvelt’s lab. He calls it the daisy drive, which essentially breaks a gene drive into separate but interacting pieces, like links in a daisy chain. It would be “kind of like a genetic multiple-stage booster rocket,” Esvelt said. Whereas a standard gene drive inserts a copy of itself into its partner chromosome, the pieces of a daisy drive each help to copy the next piece into a chromosome, although one piece by design does not get help from others. Eventually, as pieces drop out of the population, the drive stops being able to spread to new generations.

The PLOS perspective was meant to provoke discussion, Gemmell said by email. “We are not against gene-drive technology per se,” he wrote. Gene drives are an “important future solution to a variety of problems in the conservation domain. But they need to be controllable in some context if we are to seriously consider redeployment in an environmental context.”

But while caution is vital to gene drive research, it’s nothing new, said Fred Gould, an entomologist and co-director of North Carolina State’s Genetic Engineering and Society Center.

“It seems to me that people are being careful,” he said, referring to the handful of research groups exploring gene drives for conservation. Two of these groups—Predator Free 2050 in New Zealand and GBIRd in the U.S., Australia, and New Zealand—are already exploring local gene drives as well as plans for communicating with local communities about potential risks and benefits.

Gould also stressed that, so far, gene-drive research is in the early stages—nowhere near ready for field tests—and it’s unclear how the drives will truly behave in practice. Looking into the future is important, but so too is recognizing what people are actually doing, he added. “I don’t think we should get ahead of ourselves here.”

Lead image: In the ongoing controversy over whether and how to use a powerful new genome editing technology in the wild to achieve conservation and public health goals, two new papers urge caution. Credit: Andy Baker