Emmanuelle Charpentier and Jennifer Doudna have been awarded the 2020 Nobel Prize in Chemistry for their development of CRISPR/Cas9 genetic editing. 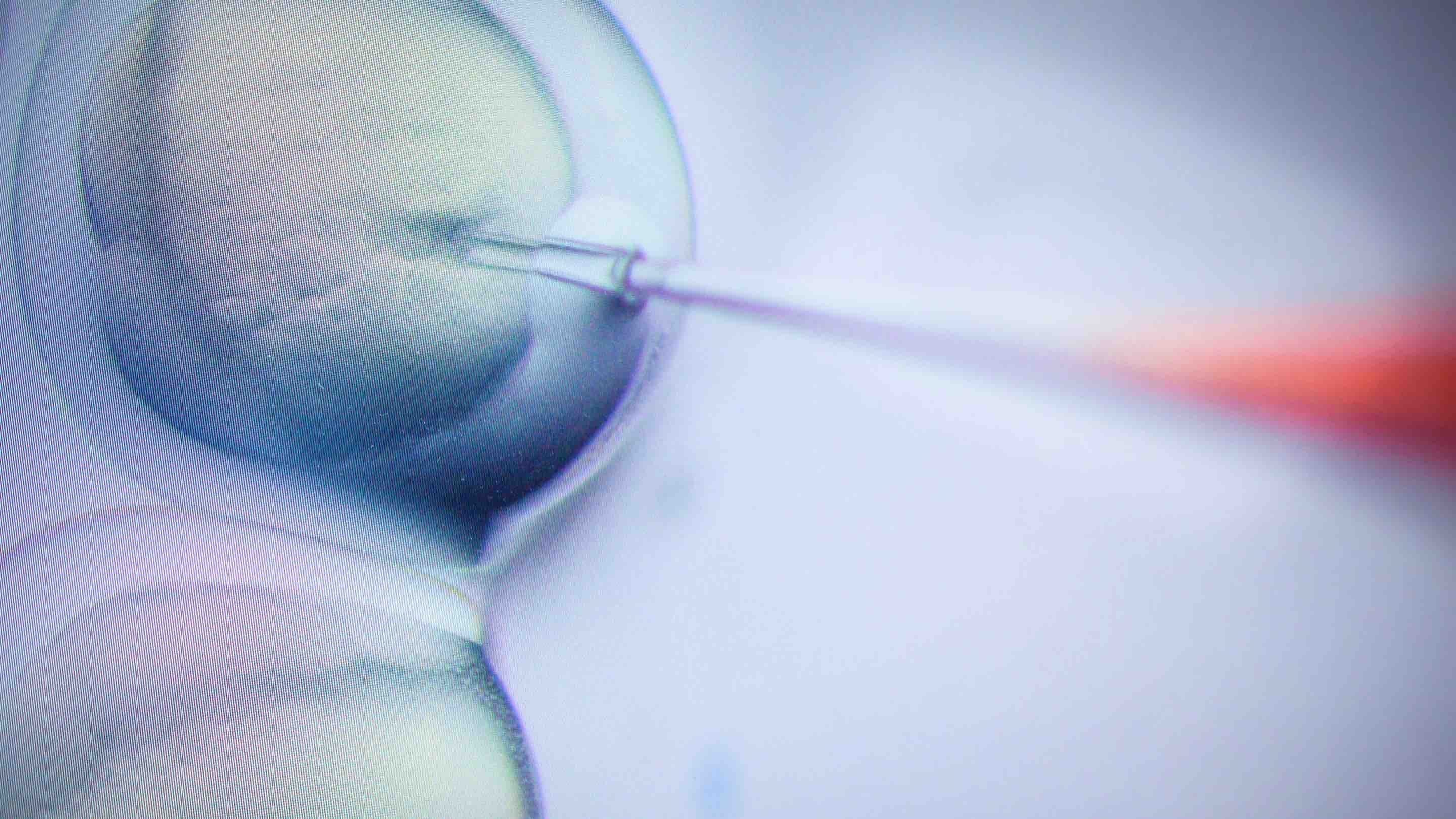 A humbling lesson of science is that, even when it comes to many of humanity’s most brilliant inventions, nature got there first. The 2020 selection for the Nobel Prize in Chemistry goes to two scientists who share credit for identifying and developing a revolutionary method of genome editing—one that has allowed researchers to modify and investigate the genomes of microbial, plant and animal cells with an ease, precision and effectiveness that would have been unfathomable even a decade ago. Yet the technology that came out of their work, revolutionary as it is, springs from an innovation that first evolved in bacteria, probably more than a billion years ago, and went unnoticed until recently.

Emmanuelle Charpentier of the Max Planck Unit for the Science of Pathogens Institute for Infection Biology and Jennifer Doudna of the University of California, Berkeley have been recognized for their work on CRISPR/Cas9 genome editing—a technique routinely called CRISPR for short and often referred to as “genetic scissors.” This award marks the first time that two women have been award a Nobel Prize for science.

In a seminal 2012 paper, Charpentier and Doudna showed that key components of the ancient immune system found in bacteria and archaea could be retooled to edit DNA, to essentially “rewrite the code of life,” as the Nobel committee put it this morning.

In the following eight years, the discovery transformed the life sciences, making genome editing commonplace in laboratories around the world. It enabled researchers to probe the functions of genes at will, pushing the field of molecular biology ahead by leaps and bounds; to innovate new methods of plant breeding; and to develop promising new gene therapies, some now in clinical trials, for conditions such as sickle cell disease.

The Nobel committee’s selection will undoubtedly be greeted as controversial because of well-publicized disputes about the intellectual property associated with CRISPR. Virginijus Šikšnys of Vilnius University in Lithuania independently developed the idea of using these genetic features of bacteria as a genome-editing tool at about the same time as Charpentier and Doudna, and he has sometimes been honored alongside them. Two other scientists, Feng Zhang of the Massachusetts Institute of Technology and George Church of Harvard University, are also often credited as early co-discoverers and developers of CRISPR technology, and their exclusion will fuel arguments. However, no one in the scientific community would dispute that Charpentier and Doudna’s work laid the foundation for CRISPR’s prolific and game-changing use today.

What is the CRISPR/Cas system?

The story of CRISPR/Cas began with the observation in the late 1980s and early 1990s that most prokaryotic organisms—including many bacteria and nearly all of the archaea—have an odd structure in their genome. A portion of their DNA consists of many short, distinctively repetitive base sequences, interspersed with other short, variable “spacer” sequences. Biologists called this structure CRISPR (for clustered regularly interspaced short palindromic repeats). Adjacent to it is a CRISPR-associated system (Cas) of genes for enzymes that can cut DNA. Later, scientists realized that the DNA in the spacer sequences was identical to fragments of viral DNA.

This arrangement prompted a team of French researchers to propose in 2005 that for bacteria, the CRISPR/Cas system might serve as a kind of immune system for fighting persistent viral attackers. They suggested that when bacteria survived a viral infection, they stored tiny fragments of scavenged viral DNA in the CRISPR part of their own genome for future reference—a setup the researchers described as “a memory of past ‘genetic aggressions.’” If the same virus attacked those bacteria or their descendants again, the bacteria could somehow use the viral DNA on file to direct Cas enzymes at the invaders to eliminate them quickly.

The technology that Charpentier and Doudna developed borrowed this precise genome slicing capability from the bacteria and turned it into a more general genome editing tool, with the CRISPR genetic structure as a targeting tool and the Cas9 enzyme to do the cutting.

How did Charpentier and Doudna repurpose CRISPR for gene editing?

Charpentier and Doudna started by outlining the molecular machinery involved in the bacterial CRISPR/Cas9 defense against repeat viral invaders. Essentially, when a virus attacks, surviving bacteria incorporate a piece of the viral DNA into their CRISPR array. If that virus attacks them or their descendants again, the bacteria transcribe the part of CRISPR that contains the viral DNA into RNA. The RNA molecule, along with a second RNA molecule previously identified by Charpentier, guides the Cas9 protein to the target: the corresponding DNA of the virus trying to invade again. There, the molecular complex fulfills its role as genetic scissors, cutting the viral DNA and disarming the invader.

To turn this into a more generalized gene editing tool, Charpentier and Doudna, along with other colleagues, fused the two types of RNA into a single “guide RNA.” They showed that together with Cas9, this more streamlined system could locate and snip viral DNA in a test tube.

CRISPR editing can involve as little as that—removing some gene or stretch of DNA. But scientists have also figured out how to take advantage of the cell’s natural repair mechanisms to introduce DNA sequences of their own making at the site of the surgical cut, allowing them to add new genetic code or correct certain mutations.

What makes CRISPR better than other techniques for editing genomes?

Researchers have been able to use “cut and paste” recombinant gene-editing techniques to modify cells since the 1970s. But those methods, which were also based on naturally occurring bacterial enzymes, lacked the level of precision that CRISPR can attain. This was partly because such recombinant approaches often could not target unique DNA sequences with enough accuracy: They might make their cut at an unintended location along the genome, with unpredictable results. The enzymes could be designed to target longer sequences with more specificity, but that was a much more arduous and complex process than it is with CRISPR. Ease of use helped tremendously in making CRISPR ubiquitous.

That’s not to say that CRISPR comes without challenges. It could still result in accidental changes, for instance, or cause unintended reactions to occur in an organism (including an immune response). For that reason, scientists are continuing to work toward developing more sophisticated versions of CRISPR.

CRISPR is also not necessarily the best tool for every job, nor is it the last word in genome editing technologies. Scientists are also using RNA interference (RNAi) and enzymes such as transcription activator-like effector nucleases (TALENs) and meganucleases to rewrite genomes. Moreover, some researchers are now developing tools for genome editing that do not exploit cells’ natural mechanisms for repairing DNA in the way that CRISPR and TALENs do. Instead, they are finding ways based on epigenetics and methods that rewrite the DNA one base at a time.

What controversies surround the use of CRISPR?

Technologies for deliberately altering the genome have always been mired in controversies, over both their ethical use and the potential dangers posed by engineered organisms. CRISPR has been no different, especially since it has already been used to edit microbial, plant and animal cells—including human cells, as scientists seek out cures for hosts of genetic conditions. CRISPR’s ease of use makes the potential for rash action worth considering.

In 2018, the researcher He Jiankui stunned the world when he reported that he had used CRISPR to edit the genomes of twin babies in an attempt to make them resistant to HIV—rekindling long-standing debates about the ethics of gene editing. The announcement was immediately followed by widespread condemnation from the scientific community at large, including from Doudna herself, who called the work horrifying, risky and premature. (Doudna has been active in encouraging the international scientific community to develop sound guidelines for the use of CRISPR.)

But the ethics of germline editing aren’t the only concern scientists have about CRISPR’s potential uses. Another involves how it might be applied to create what are known as gene drives, which allow researchers to dramatically boost the chances that a trait of interest will be passed on from a parent to its offspring. While this has only been attempted in laboratory settings to date, some scientists hope to one day use it to control invasive species and disease-carrying insects in the wild. According to recent modeling efforts, however, doing so might come with a concerning risk of the gene drive spreading beyond its target population and out of control.

As a result, researchers are proceeding with caution when it comes to controversial applications of CRISPR technologies. But there is no denying that CRISPR has launched basic science and disease research into a new era.