James P. Allison and Tasuku Honjo shared the Nobel Prize in Physiology or Medicine for developing ways to unleash the immune system more effectively against cancers. 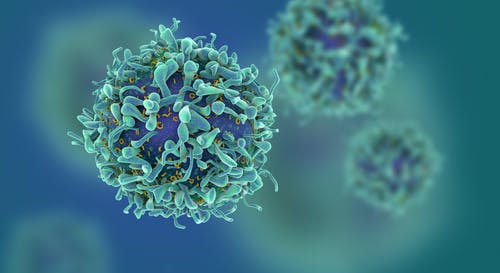 Two researchers on opposite sides of the Pacific were awarded the 2018 Nobel Prize in Physiology or Medicine today for their identification of molecules that normally act as a brake on the immune system. That work became the foundation for an entirely novel form of cancer treatment—immune checkpoint therapy—which has been credited with saving thousands of lives within the first few years since its approval.

James P. Allison, the chair of the department of immunology at MD Anderson Cancer Center at the University of Texas, and Tasuku Honjo, a professor at the Graduate School of Medicine of Kyoto University, worked independently on different molecular pathways that normally inhibit the immune system. In the eyes of the Nobel committee, however, both deserve credit for launching cancer immunotherapy into a new era.

What makes immune checkpoint therapy so innovative is that it doesn’t take aim directly at tumor cells themselves, according to Miriam Merad, an immunotherapy researcher and professor of oncological sciences at the Icahn School of Medicine at Mount Sinai in New York. “It’s targeting the immune cells, the cells that are around the tumor, by making them more powerful.”

Going back as far as the late 19th century, medical researchers had sought to treat cancers by improving the body’s natural immunological defenses against it. Their successes were at best modest, however, because boosting the immune system against cancer proved difficult.

But just as the speed of a car depends on the balance between the pressure on the accelerator and the brake, the activity of the immune system reflects a balance between mechanisms that activate and inhibit it. Allison realized this in the 1990s while studying a protein called CTLA-4, which is associated with the T cells that organize and execute much of the immune system’s attack on cancer cells and other threats. He and others had seen that CTLA-4 suppresses immune responses; some researchers were hoping to activate more of it in order to treat autoimmune diseases. But Allison had a hunch that turning off CTLA-4 might unleash the immune system’s might against cancers, too.

In 1994, while at the University of California, Berkeley, Allison showed that by deactivating the molecule with an antibody, he could cure mice of cancer. Pressing on, he eventually developed this approach as immune checkpoint therapy and clinically demonstrated that it was effective in humans against the usually intractable skin cancer melanoma in 2010. The U.S. Food and Drug Administration approved it as a therapy against metastatic melanoma in 2011.

All the while that Allison was working on CTLA-4 in the U.S., Honjo in Japan had been studying a similar brake on the immune system, PD-1 (for programmed cell death protein), that reins in T-cell responses in a different way. First in animal experiments and later in clinical trials, Honjo showed that a blockade of PD-1 with antibodies could cure several types of cancer. In a particularly impressive demonstration in 2012, the treatment caused long-term remission with few side effects in patients with a metastatic cancer that was usually considered untreatable. The U.S. FDA approved immune therapies based on PD-1 for specific cancers in 2014 and 2015.

Today, immune checkpoint therapies based on PD-1 and CTLA-4, often used together, are in development against many more cancers. As the Nobel Prize foundation noted in its description of the merits of Allison and Honjo’s work, immune checkpoint therapy now stands alongside surgery, radiotherapy, and chemotherapy: “Their findings have conferred great benefit on mankind; they add a new pillar to the existing cancer treatments.”

Immune checkpoint therapy “doesn’t work for everyone but lives have been saved, and it has sparked a revolution in thinking about the many other ways in which the immune system can be harnessed or unleashed to fight cancer and other illnesses,” wrote Daniel M. Davis, a professor of immunology at the University of Manchester, by email. He added that he thinks “many more medicines like this are on the horizon.”

Merad agreed that immunological blockades like the ones that Allison and Honjo have pioneered could become more of a focus for other areas of medical research. There are “many diseases where patients suffer from excess inflammation,” she said. “The same pathways are used to control other types of disease,” like autoimmune illnesses.

The more that researchers come to understand how the controls on the aggressiveness of the immune system work, including ones that involve other cells and molecules, the more that it may be possible to adjust that aggression as needed. Suzanne Louise Topalian, a professor of surgery and the associate director of the Bloomberg-Kimmel Institute for Cancer Immunotherapy at Johns Hopkins Medicine, noted that many of the side effects of today’s immune checkpoint therapy involve a spillover reaction of inflammation affecting normal tissues. “Currently, we treat those kinds of effects with corticosteroids” and other drugs with their own disadvantages, she said. “But there may be more specific ways to treat those side effects that don’t have such global effects on dampening the immune system.”

This article includes contributions from Jordana Cepelewicz and Jonathan Lambert. This post has been updated since its original publication with additional details about the award-winning work.