Three physicists have been awarded the Nobel Prize in Physics for rewriting our understanding of exotic quantum states on the surfaces of materials. 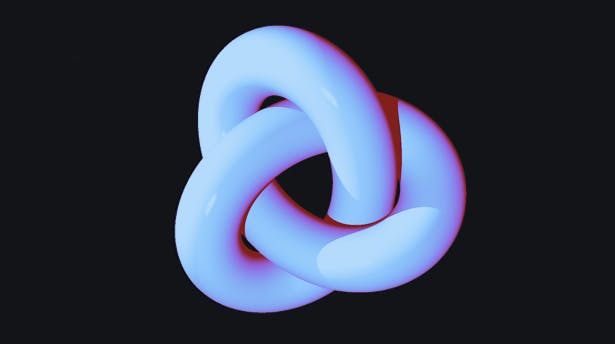 Three physicists were awarded the Nobel Prize in Physics today for rewriting our understanding of exotic quantum states on the surfaces of materials. Their work explains the behavior of superconductors and superfluids by connecting these systems to topology, the mathematical study of spatial properties including surfaces.

Superconductors are materials that can carry a current without any electrical resistance. Scientists first described them in the early 20th century; by the middle of the century they had developed a quantum-based theory of how many superconductors behave. But puzzles remained.

For example, in 1980 the experimental physicist Klaus von Klitzing discovered the quantum Hall effect, a strange phenomenon whereby the conductance of a flat sheet of material, when cooled close to absolute zero and placed in a strong magnetic field, changes in a step-wise fashion. As the magnetic field changes, the material’s conductance jumps from value to value. The behavior couldn’t be explained by physicists at the time.

A few years later, Thouless described the quantum Hall effect by combining quantum theory with concepts borrowed from topology. This field of mathematics studies the properties of objects that remain constant even if the object is twisted or deformed, but not torn apart. For example, a doughnut and a picture frame appear different but are topologically the same, as each has one hole in the center. Importantly, objects can only have integer numbers of holes — zero, one or two, for example, but never a hole and a half. In the same way, Thouless realized that the electrons inside the conducting material couldn’t be viewed as individual entities; instead they had to be approached as a single collection that could only take on integer values of conductance — zero, one or two, but never one and a half. Thouless, Haldane and Kosterlitz pioneered the mathematical description of quantum materials in thin films and in one-dimensional objects (such as a chain of atoms) by borrowing concepts such as this one from topology.

This work has since been applied to disparate systems from magnetic tape to quantum computers. “The breakthroughs of these three scientists allowed massive progress to be made in understanding and calculating the properties of many material systems. In my own case it opened up 25 years of research into magnetic thin films — which is what computer hard drives store information on,” said Steve Bramwell, a physicist at University College London, in an interview with the Guardian. Haldane alluded to some of these applications this morning. “I was, as everyone else is, very surprised. And very gratified,” he said. “A lot of tremendous new discoveries that are based on this original work are now happening.”