On the Moon’s Far Side, Clues to a Cataclysm?

A mission to collect samples from the far side of the moon could answer questions about a barrage of asteroids nearly 4 billion years ago. 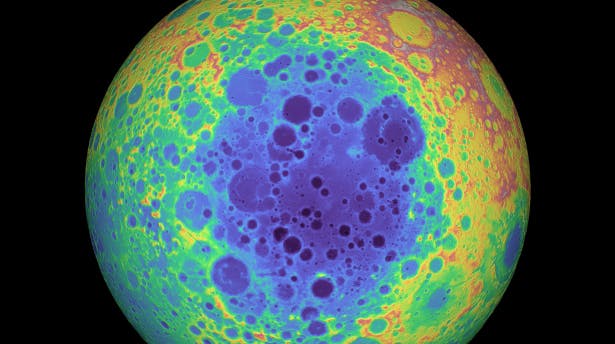 Isotopic analysis of moon rocks collected by Apollo astronauts in the 1960s and ’70s suggested that the lunar surface was blasted by a barrage of asteroids around 3.9 billion years ago—long after the solar system was thought to have quieted down. This mysterious event, at first called the “lunar cataclysm” and now known as the “late heavy bombardment,” has become a cornerstone in our understanding of the early solar system.

But recently the existence of the late heavy bombardment has come into doubt. So scientists have proposed a NASA mission to go back to the moon—this time, to the unexplored far side—in search of a definitive answer.

“We think we have a very good chance” of getting funding for the mission, said Bradley Jolliff, a professor of earth and planetary sciences at Washington University in St. Louis, and the leader of the proposed MoonRise mission. “The scientific case just keeps getting more and more interesting and more compelling.”

The late heavy bombardment, if it occurred, would have battered Earth. Scientists estimate that for each strike on the moon, 20 would have hit the planet due to its greater gravitational pull. The cataclysm was originally seen as a possible explanation for why no rocks had been found on Earth older than 3.8 billion years: Its surface might have been destroyed in the late heavy bombardment 3.9 billion years ago, after which new crust might have taken 100 million years to harden.

The late heavy bombardment hypothesis also figures heavily in the popular “Nice model” of the solar system, which was first published in 2005. The Nice model says that interactions in the early solar system between Jupiter, Saturn, Uranus and Neptune led to a sudden shift in their orbits. When they moved, they would have sent asteroids and comets flying.

But this neat and tidy story has gotten murkier with more recent evidence.

Since the 1970s, rocks have been found on Earth that are older than 4 billion years, indicating that the crust didn’t get completely destroyed 3.9 billion years ago. Meanwhile, the accuracy of methods used to date impact histories from both the Earth and the moon have come into question. And some scientists wonder if the Apollo moon rocks themselves are entirely representative of the moon’s history. All of them were collected close to the Imbrium Basin, the largest shadow seen on the near side of the moon. The collision that created Imbrium dates to 3.9 billion years ago, but it might have spread impact melt over a wide area—creating the appearance of a barrage of strikes when there was only one.

So, did the late heavy bombardment happen, or not?

On December 9, 2016, NASA asked scientists to propose missions for its fourth New Frontiers Program. MoonRise, a proposed robotic mission to collect samples from the South Pole–Aitken basin and return them to Earth, made it to final round of selection for the previous New Frontiers mission, but ultimately was runner-up to OSIRIS-REx, an asteroid sample-return mission. But Jolliff says his team is submitting their proposal again. The final selection is scheduled to be announced in July of 2019. Despite previous disappointment, Jolliff is optimistic.

This is a mission, he said, “that addresses, really, a solar-system-scale issue, and that’s the late heavy bombardment.”

For more on how the late heavy bombardment ties in with the rest of the story of Earth and the solar system, read Natalie Wolchover’s article, “Explorers Find Passage to Earth’s Dark Age” on QuantaMagazine.org.

Lead image: The South Pole–Aitken Basin on the far side of the moon could tell us more about the late heavy bombardment. Credit: NASA/Goddard Space Flight Center Scientific Visualization Studio