Lucas’ droids are halfway between human and inhuman, so we can both love and ignore them. 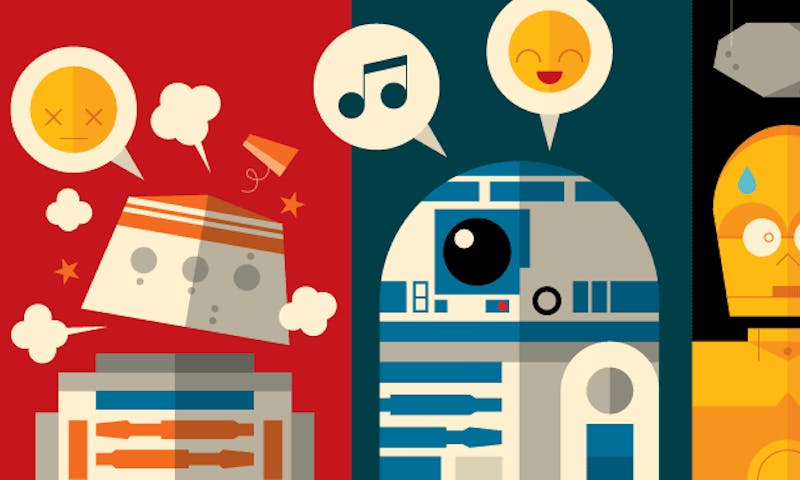