Studies of collective behavior usually focus on how crowds of organisms coordinate their actions. But what if the individuals that don’t participate have just as much to tell us? 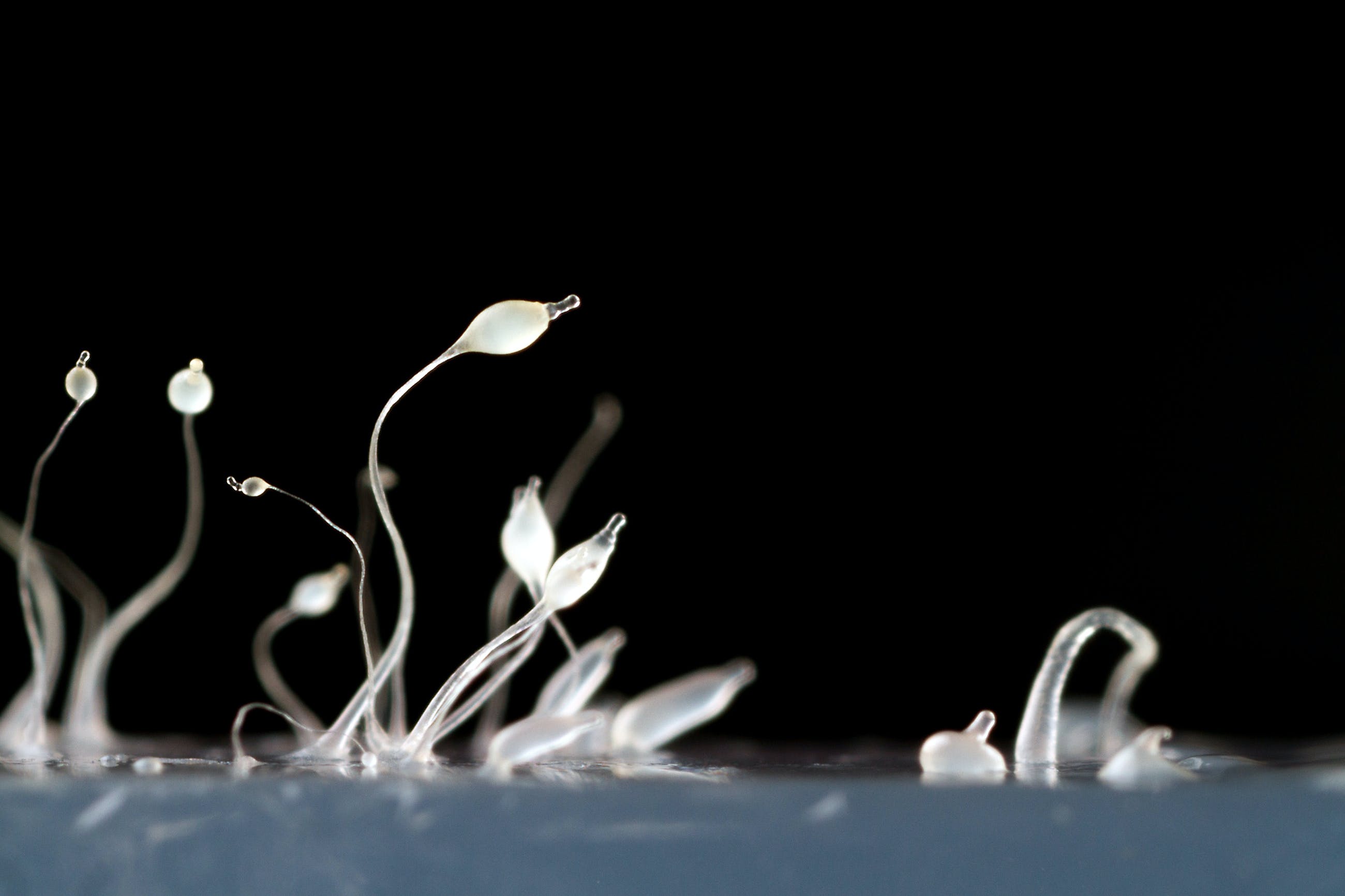 Dense clouds of starlings dip and soar, congregating in undulating curtains that darken the sky; hundreds of thousands of wildebeests thunder together across the plains of Africa in a coordinated, seemingly never-ending migratory loop; fireflies blink in unison; entire forests of bamboo blossom at once. Scientists have studied these mesmerizing feats of synchronization for decades, trying to tease apart the factors that enable such cooperation and complexity.

Yet there are always individuals that don’t participate in the collective behavior—the odd bird or insect or mammal that remains just a little out of sync with the rest; the stray cell or bacterium that seems to have missed some call to arms. Researchers usually pay them little heed, dismissing them as insignificant outliers.

But a handful of scientists have started to suspect otherwise. Their hunch is that these individuals are signs of something deeper, a broader evolutionary strategy at work. Now, research validating that hypothesis has opened up a very different way of thinking about the study of collective behavior.

Early clues emerged after Corina Tarnita, a mathematical biologist at Princeton University, and her colleagues turned their attention to the cellular slime mold Dictyostelium discoideum. Typically, it lives as a collection of solitary amoebas, with each cell eating and dividing on its own. But when threatened with starvation, up to a million of those cells can coalesce into a mushroom-like tower. Around 20% of them create a stalk, sacrificing themselves so that the rest can move to the top of the structure and form spores, which can last for months without food. Ultimately, water and wind disperse those spores to new and potentially more nutrient-rich environments.

Scientists have used slime molds to experimentally investigate the emergence and maintenance of social behavior, identifying mechanisms that ensure cooperation among the amoebas. But they’ve always focused on the aggregated cells. Tarnita and her team wanted to investigate whether the cells that stayed behind—the “loners,” as they called them—also played an important role.

As they reported in the Proceedings of the National Academy of Sciences in 2015, those loners turned out to be perfectly functional, eating and dividing regularly in the presence of nutrients. Their offspring could aggregate normally when starved—and they always left behind some loners of their own. Their presence seemed to be a consistent aspect of slime mold behavior.

That left the possibility that the loners were simply the inevitable stragglers falling behind in a synchronization process involving hundreds of thousands of cells. In that case, the researchers expected the number of non-aggregating cells to vary randomly from one experiment to another.

But because the irregular shapes of the individual amoebas made them extremely difficult to count, it would take a few more years for Tarnita and her colleagues to test this—after graduate student Fernando Rossine joined her lab and figured out a way to precisely enumerate the cells. “That was a game changer,” Tarnita said.

And it immediately led to surprises.

The Strategic Value of Staying Apart

One shock was that the loners constituted up to 30% of the original population, sometimes exceeding the number of cells in the aggregate’s stalk.

But that wasn’t all. The researchers had predicted that a constant fraction of cells would stay behind in each test. That would have meant that each cell was in effect independently flipping a (weighted) coin about whether to participate in the collective behavior. “We totally thought it was going to be a coin flip,” Rossine said. “We were convinced.”

As the scientists reported in March 2020 in PLOS Biology, however, instead of a constant fraction of loners, they found a constant number of them. “There is some sort of a set point that the cells have memorized,” said Thomas Gregor, a biophysicist at Princeton and one of the study’s co-authors. Different strains of the slime mold had different set points. As Tarnita put it, “Some of them seemed like extraordinarily good aggregators, leaving behind [only] some 10,000 loners. Others were so bad at aggregating that they could leave behind 50,000 or 100,000 loners.”

That natural variation between strains means that loner behavior is a heritable trait that natural selection can act on. Further experiments and simulations showed that this number is also influenced by environmental factors, which affect how the cells’ chemical signals diffuse and interact to facilitate—or impede—aggregation.

That’s because when cells start to starve, they send chemical signals to their neighbors; when enough cells sound the alarm, the aggregation process begins. Tarnita and her colleagues built a simple model to show that the observed loner patterns could be explained by individual cells transforming into their actively aggregating form at different rates. As more cells aggregated, their starvation signals degraded. At a certain point, “there will be a few cells left behind that just don’t hear anyone screaming ‘danger’ anymore, because everyone who had been screaming ‘danger’ has already left,” Tarnita said. Those remaining cells are the loners.

“But what if that inability to fully synchronize can actually be harnessed by evolution to turn it into an interesting strategy?” Tarnita asked. Since evolution could potentially act on that process, “that might actually be really meaningful as a behavior.”

She and her colleagues posit that it’s a form of bet hedging. The aggregated cell body comes with its own risks: It could get eaten by a predator or be overrun by “cheater” cells that take advantage of the slime mold’s collective behavior for their own selfish gain. And if nutrients return abruptly to the environment, the amoebas can’t reverse the aggregation process to access that food.

The loner cells might therefore serve as a form of insurance in case any of those situations transpire. By staying out of the group, “you leave behind these seeds,” Tarnita said—seeds that could regenerate the population and its multicellular dynamics all on their own.

Bet hedging is not a new concept. Noisy gene expression can create diversity among genetically identical organisms, for instance—enabling small numbers of bacteria to resist antibiotics or certain individuals among clonal fish to be more aggressive. But those forms of bet hedging happen on an individual level.

Tarnita and her team suspect that the bet hedging they observed occurs at the level of the collective. “Each cell is not making the decision to become a loner in isolation,” she said. “It’s actually a social decision in some sense. It’s a decision that depends on the rest of the world”—on the chatter of surrounding cells and the physical nature of the environment.

The scientists still need to definitively prove that the slime mold gains a fitness benefit from this bet-hedging strategy. But previous work in game theory has shown that when individuals can “opt out” of a collective activity for a few rounds, it can help maintain cooperation and diversity in a population and protect the group against parasitic individuals. Ongoing modeling work in Tarnita’s lab has hinted at something similar.

“It’s actually a social decision in some sense. It’s a decision that depends on the rest of the world,” says Corina Tarnita of Princeton University.

“If this is what’s happening, then it’s a really interesting strategy—to preserve not any particular aggregate but to preserve the social behavior itself,” Tarnita said.

Moreover, the fact that “even this asocial part has a social component,” Rossine said, could help illuminate organisms’ evolutionary transition to multicellularity and social cooperation.

The researchers hope to pin down what’s happening at the molecular level to enable this strategy in the slime molds. But they’re most excited by the prospect of studying loners in other systems. “The theoretical idea of the loner as something that stabilizes the existence of the group is a very powerful one,” Rossine said. Perhaps it could also apply to the migrating wildebeests or flowering bamboo—or even to humans (a direction some members of Tarnita’s lab are now pursuing).

Although the scientists caution against stretching the analogy too far without further experimental work, Iain Couzin, a director of the Max Planck Institute of Animal Behavior in Germany, noted direct parallels to another system he has studied: locusts, which, like slime molds, have to deal with wildly fluctuating environments and sudden changes in food availability. Locusts also transition from a solitary state to an aggregated swarm when times get hard—and they seem to leave loners behind, too. Tarnita’s work “has made me think about how this type of process might be occurring at other scales of biological organization,” Couzin said.

There are other contexts in which loner behavior might prove evolutionarily crucial as well. Couzin and others have found, for instance, that some forms of loner behavior can lead to the emergence of leaders in groups. “Are these differences predetermined?” Couzin said. Or are they products of “a decision-making strategy that depends on both the physical and the biotic environment around the animals?”

Finding answers to these questions will be difficult. But in the meantime, the work demonstrates that to truly understand how collective and cooperative behaviors evolved, and how they continue to operate, researchers may need to study the seeming misfits that don’t participate.

“We’ve spent a long time trying to understand how things synchronize,” Tarnita said. “No one has really been [as] interested in the single cells that don’t seem to do anything, or the lazy ants, or the wildebeests that for some reason decide not to migrate, or the locusts that peel off. We’ve just never really paid attention.”

Maybe now we are.

Lead image: Scientists study the slime mold Dictyostelium discoideum for insights into how multicellular and collective behaviors evolved and how they operate now. Slime molds typically live as disorganized individual amoebas, but they cooperate to form multicellular fruiting bodies in the absence of food. Credit: Alexander Wild