A new measurement appears to have eliminated an anomaly that had captivated physicists for nearly a decade. 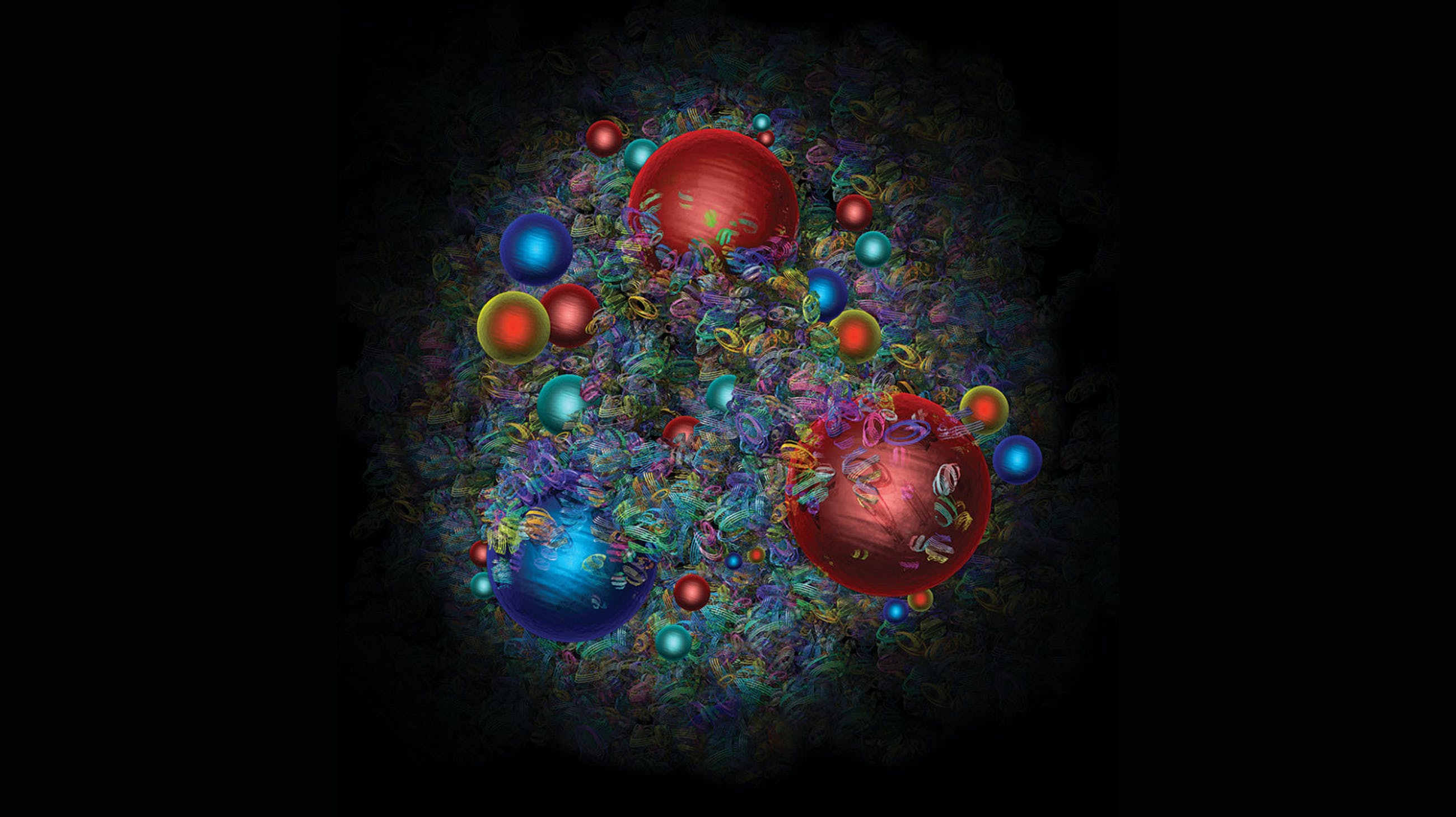 In 2010, physicists in Germany reported that they had made an exceptionally precise measurement of the size of the proton, the positively charged building block of atomic nuclei. The result was very puzzling.

Randolf Pohl of the Max Planck Institute of Quantum Optics and collaborators had measured the proton using special hydrogen atoms in which the electron that normally orbits the proton was replaced by a muon, a particle that’s identical to the electron but 207 times heavier. Pohl’s team found the muon-orbited protons to be 0.84 femtometers in radius—4% smaller than those in regular hydrogen, according to the average of more than two dozen earlier measurements.

If the discrepancy was real, meaning protons really shrink in the presence of muons, this would imply unknown physical interactions between protons and muons—a fundamental discovery. Hundreds of papers speculating about the possibility have been written in the near-decade since.

But hopes that the “proton radius puzzle” would upend particle physics and reveal new laws of nature have now been dashed by a new measurement reported on Sept. 6 in Science.

After Pohl’s muonic hydrogen result nine years ago, a team of physicists led by Eric Hessels of York University in Toronto set out to remeasure the proton in regular, “electronic” hydrogen. Finally, the results are in: Hessels and company have pegged the proton’s radius at 0.833 femtometers, give or take 0.01, a measurement exactly consistent with Pohl’s value. Both measurements are more precise than earlier attempts, and they suggest that the proton does not change size depending on context; rather, the old measurements using electronic hydrogen were wrong.

Pohl, who first heard about Hessels’ preliminary finding at a workshop in the summer of 2018, called it “a fantastic result,” albeit one that “points to the most mundane explanation” of the proton radius puzzle.

Similarly, Hessels said he and his colleagues were very pleased that their measurement “agreed with the very accurate measurement in muonic hydrogen,” even if the result is somewhat bittersweet. “We know that we don’t understand all the laws of physics yet,” he said, “so we have to chase down all of these things that might give us hints.”

The proton’s radius was not trivial to chase down. To deduce its value, Hessels and colleagues had to measure the Lamb shift: the difference between hydrogen’s first and second excited energy levels, called the 2S and 2P states. Hessels said he has wanted to measure the Lamb shift since he was an undergraduate in the 1980s, but the proton radius puzzle finally gave him the impetus to do so. “It’s an extremely difficult measurement,” he said. “I needed a good reason.”

The Lamb shift, named for the American physicist Willis Lamb, who first attempted to measure it in 1947, reveals the proton’s radius in the following way: When an electron orbits the proton in the 2S state, it spends part of its time inside the proton (which is a constellation of elementary particles called quarks and gluons, with a lot of empty space). When the electron is inside the proton, the proton’s charge pulls the electron in opposing directions, partly canceling itself out. As a result, the amount of electrical attraction between the two decreases, reducing the energy that binds the atom together. The larger the proton, the more time the electron spends inside it, the less strongly bound the electron is, and the more easily it can hop away.

By firing a laser into a cloud of hydrogen gas, Hessels and his team caused electrons to jump from the 2S state to the 2P state, where the electron never overlaps the proton. Pinpointing the energy required for the electron to make this jump revealed how weakly bound it was in the 2S state, when residing partly inside the proton. This directly revealed the proton’s size.

Pohl followed the same logic to deduce the proton radius from the Lamb shift of muonic hydrogen in 2010. But because muons are heavier, they huddle around protons more tightly in the 2S state than electrons do. This means they spend more time inside the proton, making the Lamb shift in muonic hydrogen several million times more sensitive to the proton’s radius than it is in normal hydrogen.

In the latter case, Hessels had to measure the energy difference between 2S and 2P to parts-per-million accuracy in order to deduce a precise value for the proton’s radius.

The new result implies that earlier attempts to measure the proton’s radius in electronic hydrogen tended to overshoot the true value. It’s unclear why this would be so. Some researchers may continue to improve and verify measurements of the proton’s size in order to put the puzzle to rest, but Hessels’ work is done. “We are dismantling our apparatus,” he said.

Lead image: A proton is made of a swarm of quarks and gluons, as imagined in this illustration. Credit: CERN