At stake are fundamental ideas about how black holes form—and a six-way bet. 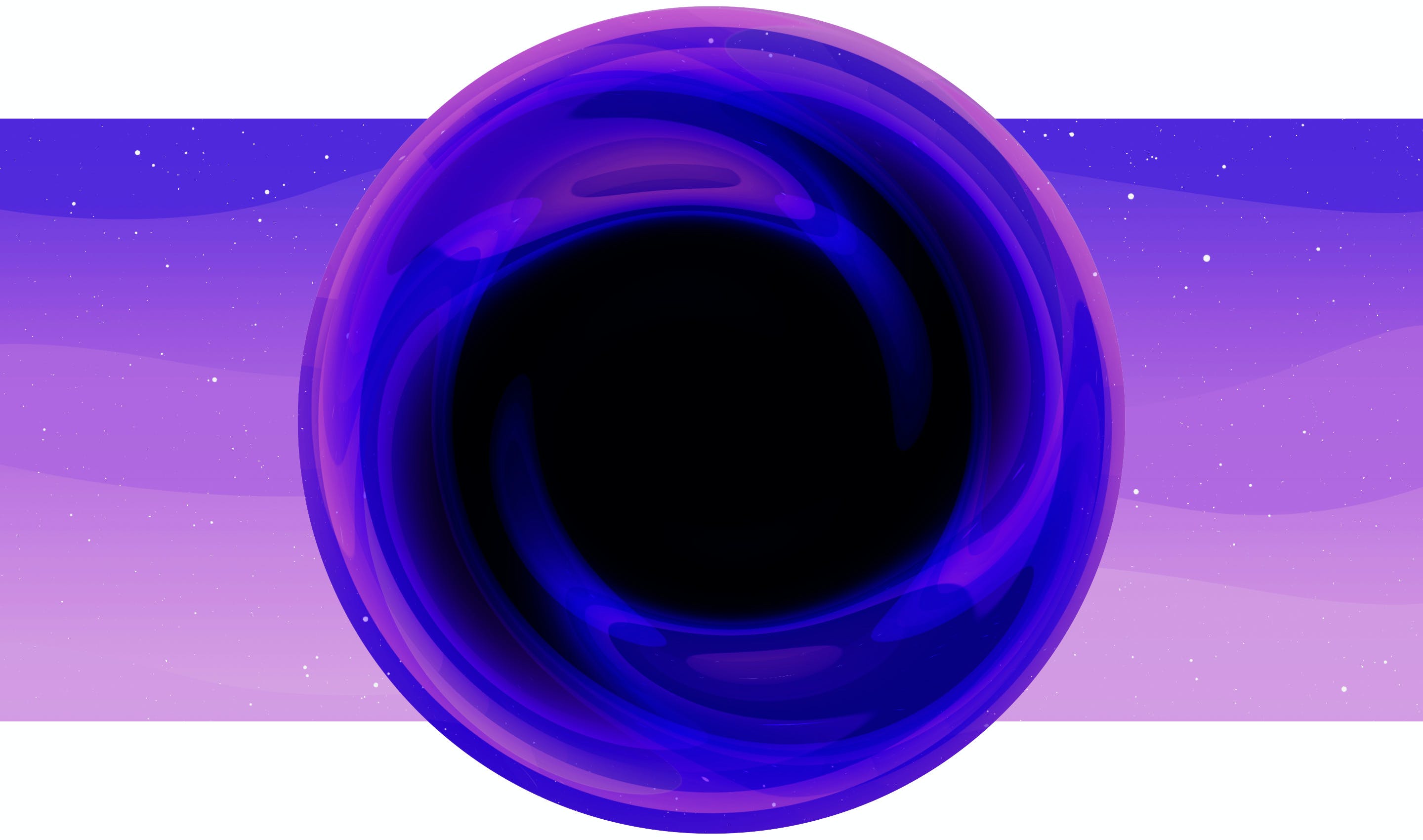 Black hole physicists have been excitedly discussing reports that the LIGO and Virgo gravitational-wave detectors recently picked up the signal of an unexpectedly enormous black hole, one with a mass that was thought to be physically impossible.

“The prediction is no black holes, not even a few” in this mass range, wrote Stan Woosley, an astrophysicist at the University of California, Santa Cruz, in an email. “But of course we know nature often finds a way.”

Seven experts contacted by Quanta said they’d heard that among the 22 flurries of gravitational waves detected by LIGO and Virgo since April, one of the signals came from a collision involving a black hole of unanticipated heft—purportedly as heavy as 100 suns. LIGO/Virgo team members would neither confirm nor deny the rumored detection.

Chris Belczynski, an astrophysicist at Warsaw University, previously felt so sure that such a large specimen wouldn’t be seen that in 2017 he placed a bet with colleagues. “I think we are about to lose the bet,” Belczynski said, “and for the good of science!”

Belczynski’s former confidence came from the fact that such a big black hole can’t form in the usual way.

Black holes—dense, paradox-ridden spheres whose gravity traps everything, even light—form from the contracting cores of fuel-spent stars. But in 1967, three physicists at the Hebrew University in Jerusalem realized that when the core of a dying star is very heavy, it won’t gravitationally collapse into a black hole. Instead, the star will undergo a “pair-instability supernova,” an explosion that totally annihilates it in a matter of seconds, leaving nothing behind. “The star is completely dispersed into space,” the three physicists wrote.

A pair-instability supernova happens when the core grows so hot that light begins to spontaneously convert into electron-positron pairs. The light’s radiation pressure had kept the star’s core intact; when the light transforms into matter, the resulting pressure drop causes the core to rapidly shrink and become even hotter, further accelerating pair production and causing a runaway effect. Eventually the core gets so hot that oxygen ignites. This fully reverses the core’s implosion, so that it explodes instead. For cores with a mass between about 65 and 130 times that of our sun (according to current estimates), the star is completely obliterated. Cores between about 50 and 65 solar masses pulsate, shedding mass in a series of explosions until they drop below the range where pair instability occurs. Thus there should be no black holes with masses in the 50-to-130-solar-mass range.

“The prediction comes from straightforward calculations,” said Woosley, whose 2002 study of this “pair-instability mass gap” is considered definitive.

Black holes can exist on the other side of the mass gap, weighing in at more than 130 solar masses, because the runaway implosion of such heavy stellar cores can’t be stopped, even by oxygen fusion; instead, they continue to collapse and form black holes. But because stars shed mass throughout their lives, a star would need to be born weighing at least 300 suns in order to end up as a 130-solar-mass core, and such behemoths are rare. For this reason, most experts assumed black holes detected by LIGO and Virgo should top out at around 50 solar masses, the lower end of the mass gap. (The million- and billion-solar-mass supermassive black holes that anchor galaxies’ centers formed differently, and rather mysteriously, in the early universe. LIGO and Virgo are not mechanically capable of detecting the collisions of supermassive black holes.)

That said, a few experts did boldly predict that black holes in the mass gap would be seen—hence the 2017 bet.

At a meeting that February at the Aspen Center for Physics, Belczynski and Daniel Holz of the University of Chicago wagered that “black holes should not exist in the mass range between 55 and 130 solar masses because of pair instability,” and thus that none would be detected among LIGO/Virgo’s first 100 signals. Woosley later co-signed with Belczynski and Holz.

But Carl Rodriguez of the Massachusetts Institute of Technology and Sourav Chatterjee of the Tata Institute for Fundamental Research in Mumbai, India, later joined by Fred Rasio of Northwestern University, bet against them, wagering that a black hole would indeed be detected in the mass gap, because there’s a roundabout way for these plus-size black holes to form.

Whereas most of the colliding black holes that wiggle LIGO and Virgo’s instruments probably originated as pairs of isolated stars (binary star systems being common in the cosmos), Rodriguez and his co-signers argue that a fraction of the detected collisions occur in dense stellar environments such as globular clusters. The black holes swing around in one another’s gravity, and sometimes they catch each other and merge, like big fish swallowing smaller ones in a pond.

Inside a globular cluster, a 50-solar-mass black hole could merge with a 30-solar-mass one, for instance, and then the resulting giant could merge again. This second-generation merger is what LIGO/Virgo might have detected—a lucky catch of the big fish in the pond. “This can really only happen in clusters,” Rodriguez said. If the rumor is true, he, Chatterjee and Rasio will each receive a $100 bottle of wine from Belczynski, Holz and Woosley.

But there are other possible origin stories for the putative big black hole. Perhaps it started out in an isolated binary star system. After the first star collapsed into a black hole, it might have grown by stripping matter from its companion star. Later, the second star would have collapsed as well, then eventually the two would have collided and merged, sending gravitational waves cascading through the fabric of space-time.

The LIGO/Virgo team quickly announces every potential gravitational-wave event and the region of sky from which it originated, so that other telescopes can swivel in that direction. But the tight-lipped team has yet to publish detailed information about any event from the current observing run that began in April, such as the inferred sizes of the colliding objects. The team plans to reveal all by the spring of 2020 at the latest. If the oversize black hole is among the results, the analysis should also reveal how fast the hole and its companion were spinning when they collided; this information will help favor one origin story or the other, or neither.

The rumor is “pushing us to alternative formation mechanisms,” said Chris Fryer, an astrophysicist at Los Alamos National Laboratory who has studied binary black hole formation and the mass gap. “In any event it will be an exciting event—if it’s true.”

As for Woosley, he still feels certain the mass gap exists, despite possible exceptions. “A likely outcome will be that when we have hundreds of black holes, we will indeed see a cliff at around 50,” he said, “but with a few events in the gap because nature abhors a vacuum.”

Lead image: A 100-solar-mass black hole would be roughly twice as massive as the theoretical limit. Credit: Olena Shmahalo/Quanta Magazine