One of the first goals of quantum computing has been to recreate bizarre quantum systems that can’t be studied in an ordinary computer. A dark-horse quantum simulator has now done just that. 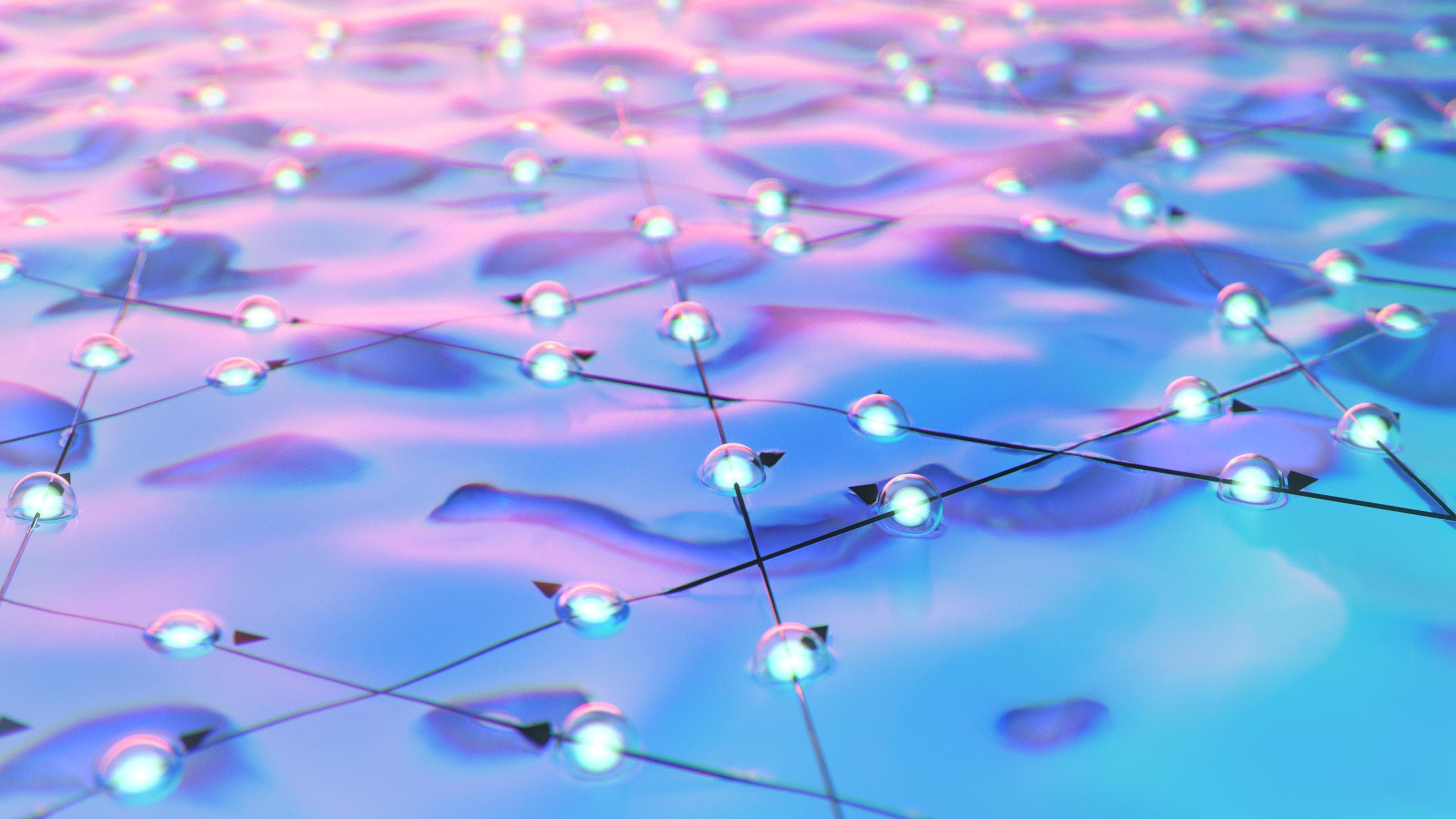 Quantum computers, enthusiasts forecast, will one day work no end of miracles—from breaking digital encryptions to designing wonder drugs. At this early stage, however, the advantage of many quantum algorithms remains speculative. And some researchers wonder whether wielding the necessary control at the subatomic level is even possible. “It’s a very daunting goal,” said Markus Greiner, a physicist at Harvard University.

Yet even without full-blown quantum computers, physicists are using related, more specialized types of machines—quantum simulators—to realize one of the initial aims of the field: to emulate the byzantine behavior of quantum systems.

As Richard Feynman put it in a 1981 lecture, “Nature isn’t classical, dammit, and if you want to make a simulation of nature, you’d better make it quantum mechanical.”

Over the past few years, groups in Paris and Cambridge, Massachusetts, have made great progress to this end using a dark-horse type of quantum simulator. They have made a series of simulations that would take months or more to replicate on a classical computer.

“They’ve been exploring some of the frontiers of physics,” said Ivan Deutsch, a pioneer of the technology, currently at the University of New Mexico.

In early December, 2021, the Cambridge group unveiled their most significant discovery yet: the detection of an elusive state of matter known as a quantum spin liquid, which exists outside the century-old paradigm outlining the ways in which matter can organize. It confirms a nearly 50-year-old theory predicting the exotic state. It also marks a step toward the dream of building a truly useful universal quantum computer.

“If I take the entire history of ultracold atomic experiments, it probably was one of the most impressive and groundbreaking experiments in the field,” said Ehud Altman, a condensed matter theorist at the University of California, Berkeley.

The new work uses a novel approach to quantum computing based on neutral atoms. Although the method has lagged behind more popular quantum computing technologies such as superconducting circuits or trapped ions, neutral atoms have special properties that have long captured the imaginations of quantum engineers.

The key to building a quantum computer is to assemble a collection of qubits—quantum objects akin to classical bits—that satisfy two contradictory requirements. The qubits must first be firewalled from the outside world, otherwise vibrations and heat will destroy their quantum mojo. Yet they must simultaneously be accessible and manipulable.

Neutral atoms balance these demands especially well, proponents say. Laser beams can capture and move atoms like a tractor beam, protecting them from external interference. An additional laser pulse can puff up atoms into a supersized “Rydberg” state, akin to flipping on a classical bit. Critically, these neutral atom qubits can assume “superpositions” of being large and small at once and can also connect with one another remotely through “entanglement”—the two essential ingredients for quantum computing.

Researchers have been extending their control over neutral atoms for two decades. Pioneering groups grabbed single atoms with laser “tweezers” in 2001, then entangled pairs of atoms in 2010. A breakthrough came in 2016, when the groups in Cambridge and Paris worked out how to wrangle hordes of dozens of atoms. Next-generation machines have reached triple digits, making the would-be computers powerful simulators of quantum phenomena.

Researchers have been using these grids of neutral atoms to probe phases of quantum matter. These are like the familiar phases of liquid and solid but with more exotic and complicated configurations enabled by throwing superposition and entanglement into the mix. The exploration of quantum phases is a fundamental pursuit, but it also can have practical applications, such as understanding what causes high-temperature superconductivity.

Condensed-matter physicists study such phases using crystals found in nature and what they can grow in their labs. But neutral atom researchers can flexibly “program” their matter, precisely positioning the atoms into lattices of any shape and engineering bespoke atomic interactions through the manipulation of Rydberg states.

“Basically,” said Mikhail Lukin, a leader of the Cambridge group, “we assemble an artificial crystal.”

In the summer of 2021, both the Cambridge and Paris groups simulated a textbook theory of magnetism—the quantum Ising model—for arrays of 256 and 196 atoms, respectively, and precisely measured how pockets of magnetism grow and shrink with changing temperature for the first time. The simulations would have taken months to do on a classical computer. “The experimental apparatus is at a stage where trying to simulate the thing becomes impractical,” said Thierry Lahaye, a physicist working with the Paris group. Both teams described their quantum Ising simulations in Nature in July 2021.

Now the Cambridge collaboration, comprised of Lukin’s team at Harvard, Greiner’s lab at Harvard, and Vladan Vuletić’s group at the Massachusetts Institute of Technology, has used their quantum simulator to probe a long-sought-after phase of matter.

In 1973, Philip Anderson, a condensed matter pioneer and eventual Nobel laureate, predicted that matter might enter a bizarre state called a quantum spin liquid. Many atoms have a quantum property known as “spin,” which defines a direction. Spins interact magnetically, which can make them tend to point in opposite directions, especially at low temperatures. But if three atoms are arranged in a triangle, only two of the three can point in opposite directions. Therefore a trianglelike lattice of atoms can’t “freeze” into a tidy pattern of spins. Even at absolute zero, spins continue to fluctuate, analogous to how atoms slosh in a liquid.

Various groups have seen indirect hints of quantum spin liquids, such as in the mineral Herbertsmithite, which has a crystal structure especially frustrating to atoms. But it’s near-impossible to directly confirm a material’s status as a quantum spin liquid, because its defining entanglement and related topological order can’t be measured at one point.

The Cambridge group used the quantum simulator to get a bird’s-eye view. They first programmed their neutral atoms to act like the atoms in Herbertsmithite, with the on-off Rydberg state standing in for spin. They then measured the Rydberg states throughout loops and strings of atoms to get nonlocal observations involving entanglement. The result is the first direct measurement of the topological order of a quantum spin liquid.

“The amazing thing is that it looks very convincing,” said Altman, who was not involved.

Quantum simulators could prove useful for a number of practical problems, and both neutral atom groups have launched spinoff businesses: Pasqal for the Paris team, and QuEra Computing in Cambridge, which in December 2021 announced that it raised $17 million from investors, including the Japanese communications and e-commerce giant Rakuten.

Longer term, the companies hope to turn their simulators into universal quantum computers capable of handling any quantum calculation. That would require complete control over individual atoms to use them as full-blown qubits. While not as mature in this regard as the superconducting quantum computers from Google and IBM—which announced a 127-qubit universal quantum processor—neutral atoms may yet catch up. “Sometimes I start to get skeptical,” said Greiner. “Then at the same time I look into our lab, and I see that even with a handful of atoms we can do things that no supercomputer can calculate.”

Lead image: A quantum spin liquid can form when atoms are placed in a trianglelike Kagome lattice. Credit: Olena Shmahalo for Quanta Magazine