A recent neutron star merger has defied astronomers’ expectations, leading them to question longstanding ideas about neutron stars and the supernovas that create them. “We have to go back to the drawing board.” 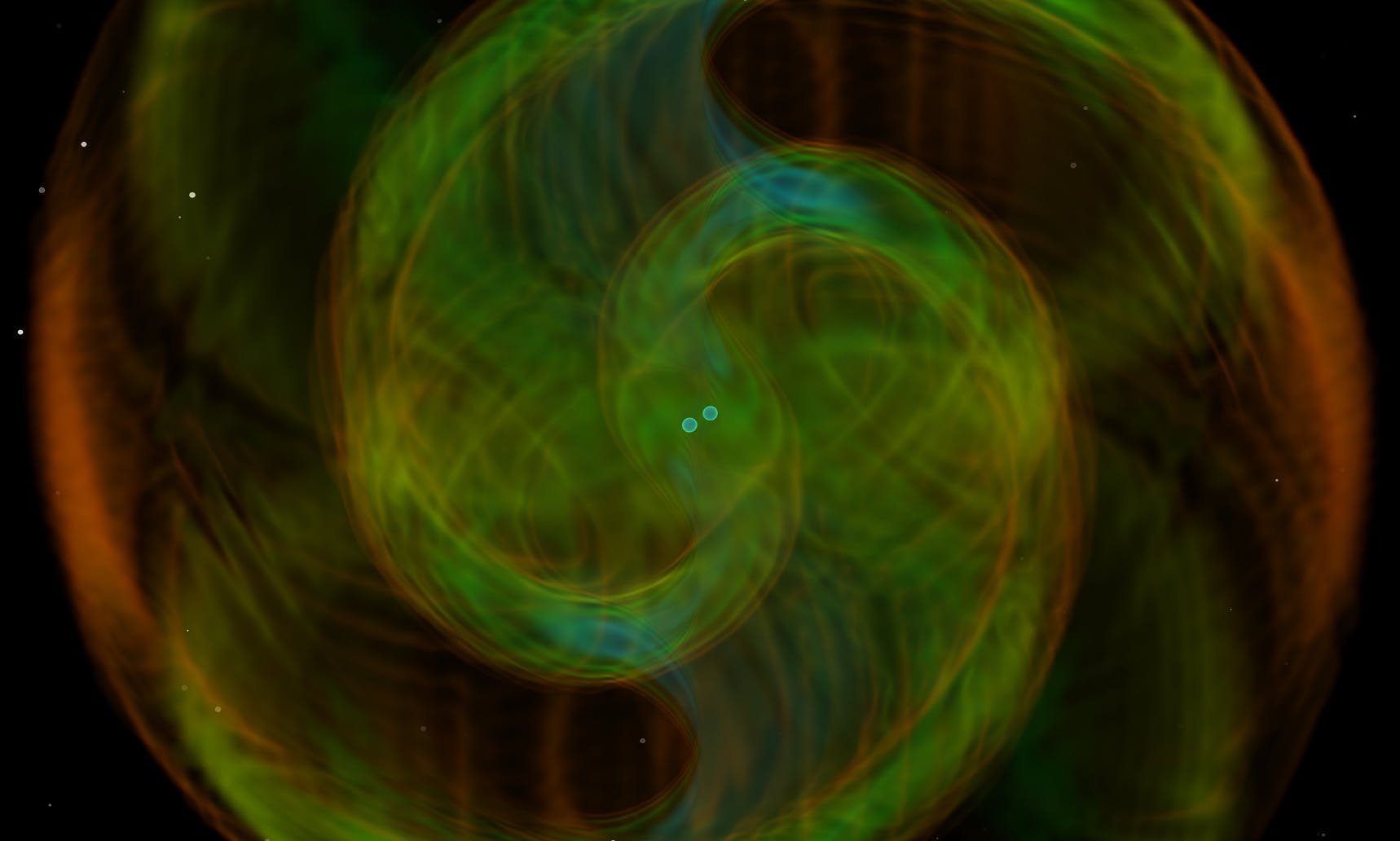 In the summer of 2019, the gravitational wave observatory known as LIGO caught its second-ever glimpse of two neutron stars merging. The collision of these incredibly dense objects—the hulking cores of long-ago supernova explosions—sent shudders through space-time powerful enough to be detected here on Earth. But unlike the first merger, which conformed to expectations, this latest event has forced astrophysicists to rethink some basic assumptions about what’s lurking out there in the universe. “We have a dilemma,” said Enrico Ramirez-Ruiz of the University of California, Santa Cruz.

The exceptionally high mass of the two-star system was the first indication that this collision was unprecedented. And while the heft of the stars alone wasn’t enough to cause alarm, it hinted at the surprises to come.

In a paper posted to the scientific preprint site arxiv.org in January 2020, Ramirez-Ruiz and his colleagues argue that GW190425, as the two-star system is known, challenges everything we thought we knew about neutron star pairs. This latest observation appears to be fundamentally incompatible with scientists’ current understanding of how these stars form, and how often. As a result, researchers may need to rethink years of accepted knowledge.

Far Away but Everywhere

Before 2017, when LIGO captured its first neutron star merger, everything we knew about neutron stars came from observations of relatively nearby specimens in our own Milky Way galaxy. (Of the 2,500 or so known neutron stars, 18 coexist in orbiting pairs known as binary neutron stars.) GW190425, by contrast, is nearly 5,000 Milky Ways away.

The first puzzling thing about it is its mass: The new system has a total mass of around 3.4 suns. All previously known examples of binary neutron stars weighed somewhere around 2.6 suns. LIGO’s first binary neutron star pair fell right into this lower range.

But the high combined mass is just the first of the merger’s mysteries. More bewildering still is the inferred abundance of big neutron stars: Based on the recent observation, LIGO scientists estimate that these heavy pairings should be almost as common as the lighter binary star systems that astronomers have been studying for decades. Big neutron star pairs should be all over the universe, including our own Milky Way. Why, then, have they never been spotted before?

One possibility is that these mergers are hard to detect because they happen so rapidly.

With a telescope that can only see using light—meaning all telescopes until LIGO came along—you have to be looking in the right place at just the right time. A brief flash from a massive neutron star pair might go unnoticed. “If a type of binary merges very quickly, then statistically it’s very unlikely that you can catch one as it happens,” said Salvatore Vitale, an astrophysicist at the Massachusetts Institute of Technology who is part of the LIGO collaboration.

LIGO changes the calculus. It’s an omnidirectional gravitational-wave detector that monitors the entire sky. Vitale and the rest of the team believe that they’ve stumbled across something that was practically invisible before the advent of gravitational-wave astronomy.

The more significant problem with this hidden glut of gigantic neutron stars, however, is that we can’t explain why there should be so many of them.

For starters, if there are as many massive neutron star pairs as there are lighter ones, then we should expect to find as many heavy stars (which create them) as we do lighter stars. But that’s not the case: Astronomers estimate that fewer than 10% of all stars are big enough to make such massive neutron stars. “We have confusing evidence coming from very different methods,” said Ramirez-Ruiz.

That’s not where the mystery ends. The best existing computer simulations of stellar evolution simply cannot account for the estimated abundance of these unusually hefty pairs.

Scientists often use computer simulations to model complicated processes over long periods of time. In this case, the authors modeled the life cycle of compact stellar objects over billions of years. “You put in a bunch of stars, and you tell the code how the stars explode,” Vitale said. Then “you let it run for a few million or billion years and you see what the outcome is.”

To provide a faithful simulation of the universe, the code accounts for the effects of relativity, magnetism, gravitational radiation and much more. It also makes assumptions about details that are not fully understood, like the amount of gas that falls back into a star after a supernova explosion versus how much is lost to space. These assumptions give researchers a wide range of possible inputs that they can plug into the code while still remaining within the bounds of physical plausibility.

Yet no matter what inputs they plugged into the simulation, the team could not produce anywhere near the number of heavy neutron star pairs that LIGO predicted. “If this is a binary neutron star, it faces a lot of questions,’’ said Mohammad Safarzadeh, an astrophysicist at Santa Cruz who led the research. As he and his colleagues wrote in their paper, such a high merger rate calls for a “radical change in our understanding of supernova explosion.”

Researchers caution, however, that supernova simulations are notoriously complex and difficult. The models that drive them are known to be “extremely approximate,” according to Safarzadeh, “and saying extremely approximate is still being very nice.” Vitale agrees: “It’s a very, very hard problem to simulate.” Still, such a stark disparity between theory and evidence is troubling. “It’s a call to action,” Ramirez-Ruiz said, one that urges scientists to rethink how these stars form.

Many aspects of binary star evolution are poorly understood, including how the stars exchange mass and get close enough to merge. “We know a great deal about stellar formation and evolution, but a lot of the physics related to producing compact binaries is still very poorly understood,” said Ben Farr, a physicist at the University of Oregon and a member of the LIGO collaboration.

As a result, a lot of assumptions have been baked into the models behind the computer simulations. What’s more, all existing models have been built on observations of pulsars in the Milky Way. “We have a population of pulsar stars that we see, and all of the binary population models are aimed to explain that population,” said Ramirez-Ruiz. “All of a sudden LIGO says, well, that population is not representative of the population of double neutron stars. So we have to rethink the paradigm of assembly and how these things are made.”

The paper’s findings, then, are pushing astrophysicists to reexamine what they thought they knew about neutron stars. “We have to go back to the drawing board,” Ramirez-Ruiz said, “which for me is very exciting.”

Lead image: A computer simulation recreates the binary neutron star merger known as GW190425. The image shows the strength of the gravitational waves created during the event, with red as the weakest and blue the strongest. ©️ T. Dietrich (Nikhef), S. Ossokine, A. Buonanno (Max Planck Institute for Gravitational Physics), W. Tichy (Florida Atlantic University) and the CoRe-collaboration