The newly developed theory of emergent gravity, proposed as an alternative to dark matter, struggles in one of its first trials. 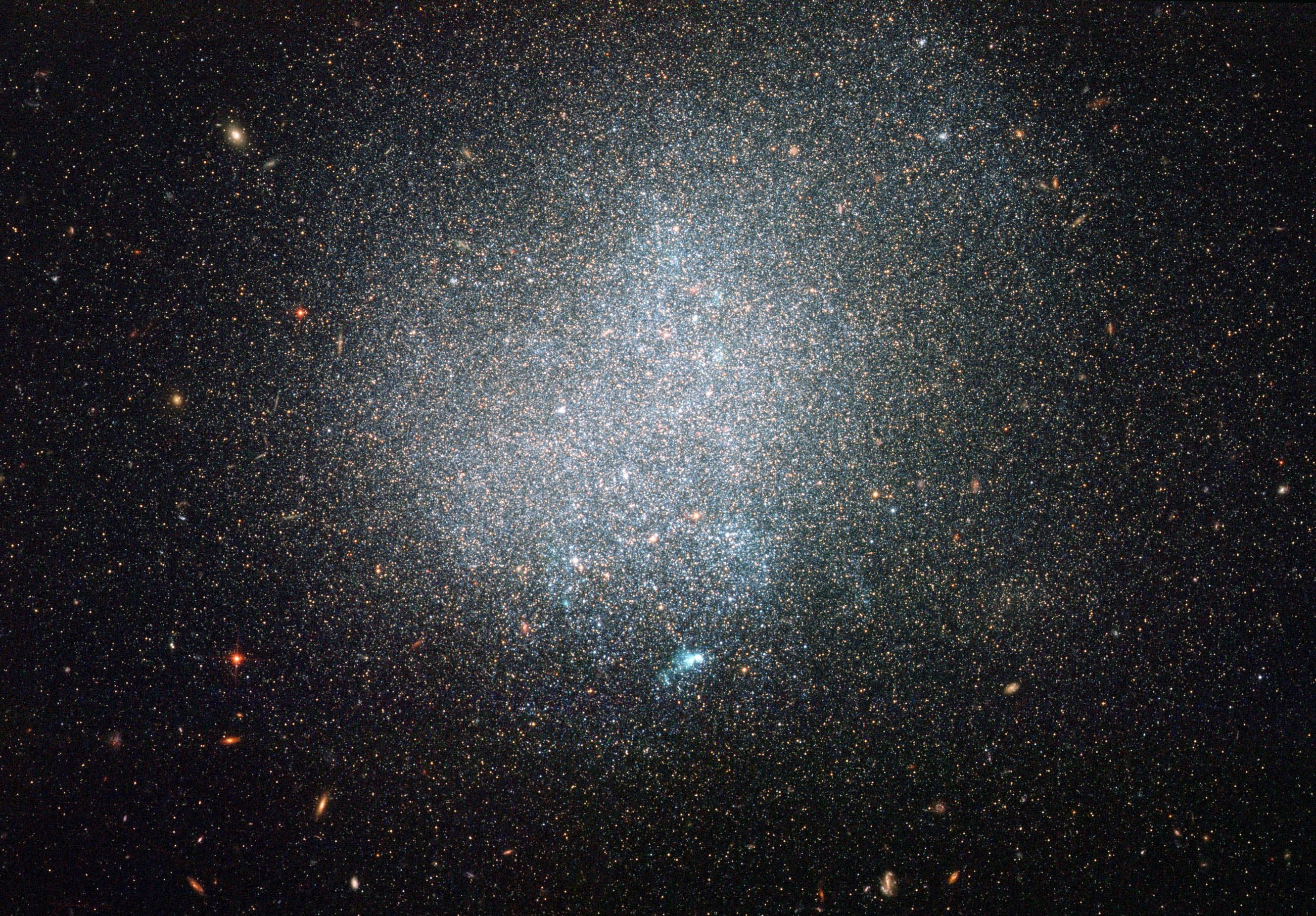 Does space-time emerge from a network of quantum bits? That’s the theory behind emergent gravity, an idea most recently proposed by Erik Verlinde, a theoretical physicist at the University of Amsterdam. His theory does away with the need for dark matter—unseen particles that appear to affect the behavior of galaxies and other large-scale structures in the universe. But a recent test of emergent gravity shows that it doesn’t appear to do as good a job of describing the motions of astronomical objects as its theoretical rival.

Kris Pardo, a graduate student working under the astrophysicist David Spergel at Princeton University, assembled a sample of 81 isolated dwarf galaxies. These small galaxies appear to have an especially high concentration of dark matter, and so provide a unique astrophysical laboratory in which to compare various theories. He then measured how quickly those galaxies rotate. The more dark matter that exists in a galaxy—or the stronger the effects of emergent gravity—the faster the galaxy should spin. “Isolated dwarf galaxies are the cleanest test you can get,” Pardo said. “It’s the best we can do right now.”

Emergent gravity successfully predicts the rotation velocities of the smallest galaxies in the sample. But it predicts velocities far too low for the more massive galaxies, especially the ones full of gas clouds. This discrepancy could pose a serious problem for emergent gravity, since the main success of the theory so far has been predicting the rotation curves of large galaxies.

Physicists who study emergent gravity are taking Pardo’s study seriously. “This is interesting and good work,” Verlinde said. But he cautions that emergent gravity hasn’t been developed to the point where it can make specific predictions about all dwarf galaxies. “I think more work needs to be done on both the observational and the theory side,” he added.

One way Verlinde’s theory might be exonerated is if Pardo’s galaxies are shaped differently than they appear. They look spherical, but if instead they are Frisbee-like, the modified shape would be enough to throw off Pardo’s calculations. To provide a more definitive test, Pardo and colleagues are trying to secure time on the Very Large Array telescopes in New Mexico so they can make high-resolution measurements that map out how fast stars and gas are rotating within the galaxies.

Other groups of astronomers have been working on complementary tests of emergent gravity. Some are using the theory to predict the warped appearance of galaxies by gravitational lensing. Others are using it to study the motions of galaxy clusters. Emergent gravity also needs to explain the large-scale structure of the universe as well as the cosmic microwave background. In these areas, dark matter does a great job at predicting what astrophysicists observe. But so far, no one has been able to use emergent gravity to work out similarly detailed predictions.

“Verlinde’s collecting puzzle pieces and trying to match them together, but it’s not a complete and coherent picture yet,” said Sabine Hossenfelder, a theoretical physicist at the Frankfurt Institute for Advanced Studies. She recently proposed a modified version of Verlinde’s theory that could better describe the rotational motions of most galaxies. Might it—or something like it—one day replace the theory of dark matter? A definitive answer will take time to emerge.

Editor’s Note: David Spergel is the director of the Center for Computational Astrophysics at the Flatiron Institute, a division of the Simons Foundation. Quanta Magazine is an editorially independent division of the foundation.