How do scientists react to major breaking science news? For astrophysicists after the big gravitational waves announcement, it was meeting for two weeks in Santa Barbara, California. 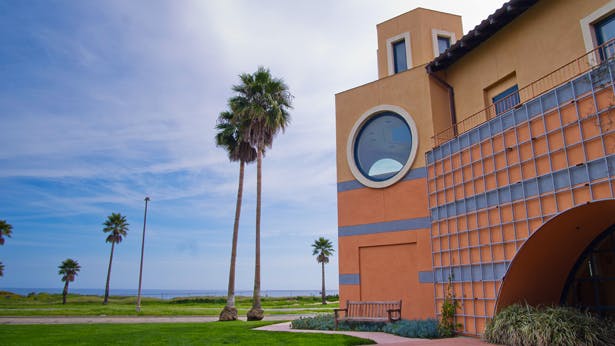 When the Laser Interferometer Gravitational-Wave Observatory (LIGO) detected its first flurry of gravitational waves last September, the LIGO scientist Daniel Holz realized almost immediately that these tiny ripples in space-time were going to have big ramifications in the field of astrophysics. As the LIGO team secretly analyzed its signal — generated by the distant merger of two black holes — Holz and two fellow team members also started putting together a proposal for a workshop to be held as soon as possible after the discovery’s announcement.

LIGO announced its detection of gravitational waves in February, and, just six months later, three dozen experts made their way to the Kavli Institute for Theoretical Physics (KITP) in Santa Barbara for a “rapid response” workshop titled “Astrophysics From LIGO’s First Black Holes.” The merging black holes that produced LIGO’s first signal were unexpectedly heavy, with implications for our understanding of the lives and deaths of massive stars. The workshop “gave us two intense weeks to hash things out and sharpen the science questions (and answers),” said Holz, an assistant professor at the University of Chicago, in an email.

KITP’s rapid response workshops started over a decade ago, according to current director Lars Bildsten. “The need we started to see is that sometimes big things happen and you don’t want to wait two years to bring everybody together,” said Bildsten. Whereas the institute regularly hosts months-long research programs, planned far in advance, the two- to three-week-long rapid response workshops are rush-approved and scheduled within six months. Similar programs are held at the Aspen Center for Physics and the Galileo Galilei Institute for Theoretical Physics.

Proposals usually follow shortly after a major discovery is announced — like gravitational waves or the Higgs boson. After the programs are approved, scientists have to apply to attend.

“Now the reality is that people ‘in the know’ know there’s a discovery coming,” Bildsten said. “What you tend to get is an inquiry of: ‘If there should be an interesting result, would KITP be willing to run a rapid response program?’”

In the case of the LIGO discovery, Holz and workshop co-organizers Alessandra Buonanno and Duncan Brown got the ball rolling with what Holz called a “preliminary, sufficiently vague proposal” in January before their team’s results were public. After the announcement, they revised the proposal accordingly and added the astronomer Eliot Quataert as a co-organizer to get a perspective from outside of the LIGO community. The group’s proposal was approved by KITP’s advisory committee in March and the workshop started on August 1.

Finding time for a two-week program is tough — although this one fell during the academic summer, which helped, Bildsten said — but bringing scientists together in the same space is crucial.

“As astrophysicists, we work very hard to come up with ideas,” wrote Brown in an email. “As a result, it’s human nature to get attached to those ideas. The KITP environment forces you to confront challenges to your ideas and think critically about them.”

The workshops involve lectures and discussions, but never more than three in a day, leaving plenty of time for conversations and collaborative research.

“The spontaneous dialogs, people interrupting during talks, the conversations — all of those things basically won’t happen unless people are together,” Bildsten said. “When they’re here, they’re not dashing around to teach or to be on a committee. They’re really here to interact with their colleagues, so it’s priceless.”

According to Brown, one of the many important outcomes of the LIGO astrophysics workshop was that scientists signed a list of concrete statements about what their various theories predict for LIGO’s future data, forcing theorists “to cut down on the ‘wiggle room’ in their models.” Holz added that “many of the talks devolved into freewheeling discussions, which was exactly what we were hoping for.”