Physicists have reached a long-sought goal. The catch is that their room-temperature superconductor requires crushing pressures to keep from falling apart. 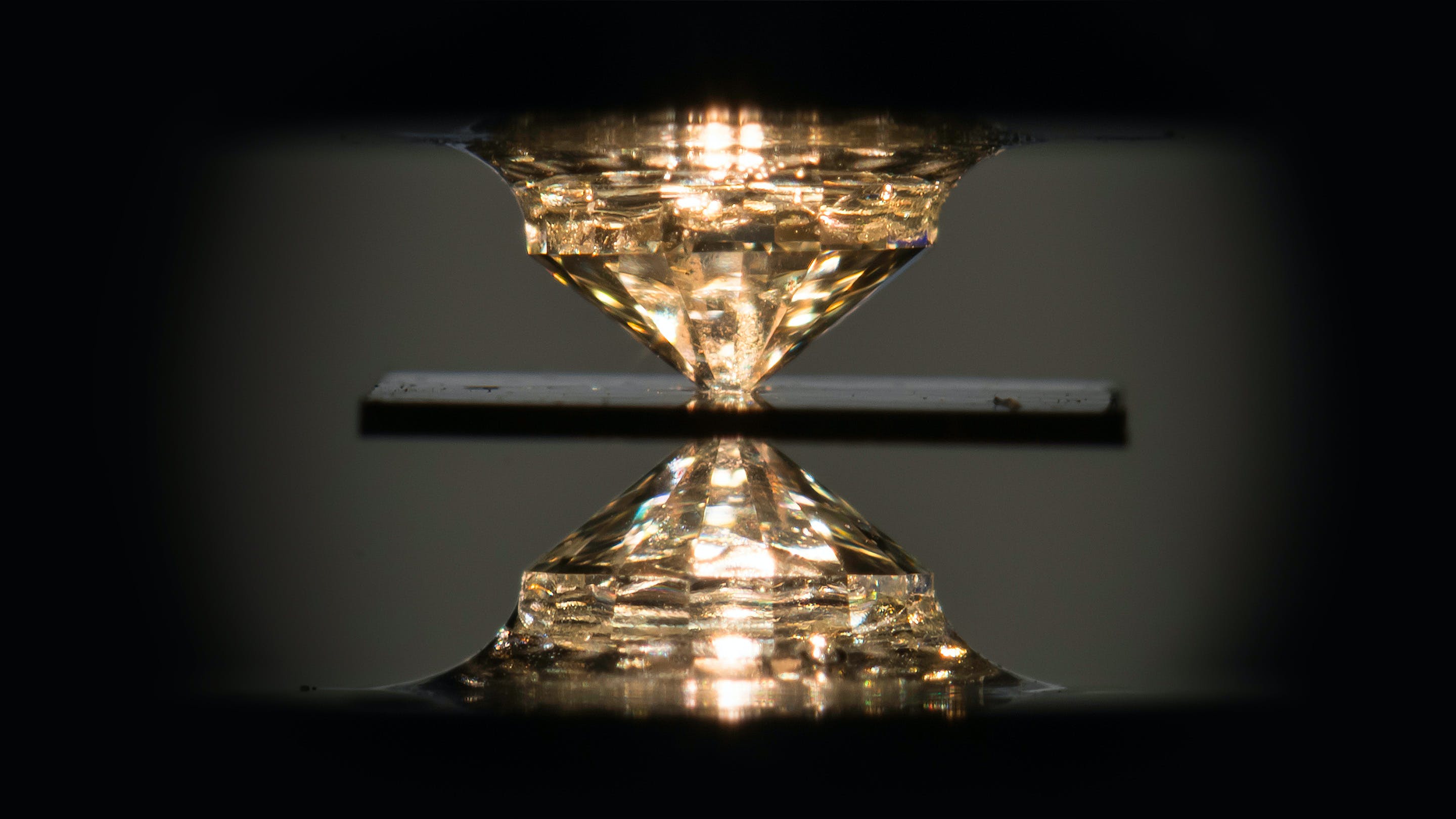 A team of physicists in New York has discovered a material that conducts electricity with perfect efficiency at room temperature—a long-sought scientific milestone. The hydrogen, carbon and sulfur compound operates as a superconductor at up to 59 degrees Fahrenheit, the team reported on October 14, 2020 in Nature. That’s more than 50 degrees hotter than the previous high-temperature superconductivity record set in 2019.

“This is the first time we can really claim that room-temperature superconductivity has been found,” said Ion Errea, a condensed matter theorist at the University of the Basque Country in Spain who was not involved in the work.

“It’s clearly a landmark,” said Chris Pickard, a materials scientist at the University of Cambridge. “That’s a chilly room, maybe a British Victorian cottage,” he said of the 59-degree temperature.

Yet while researchers celebrate the achievement, they stress that the newfound compound—created by a team led by Ranga Dias of the University of Rochester—will never find its way into lossless power lines, frictionless high-speed trains, or any of the revolutionary technologies that could become ubiquitous if the fragile quantum effect underlying superconductivity could be maintained in truly ambient conditions. That’s because the substance superconducts at room temperature only while being crushed between a pair of diamonds to pressures roughly 75% as extreme as those found in the Earth’s core.

“People have talked about room-temperature superconductivity forever,” Pickard said. “They may not have quite appreciated that when we did it, we were going to do it at such high pressures.”

Materials scientists now face the challenge of discovering a superconductor that operates not only at normal temperatures but under everyday pressures, too. Certain features of the new compound raise hopes that the right blend of atoms could someday be found.

Electrical resistance occurs in normal wires when freely flowing electrons bump into the atoms that make up the metal. But researchers discovered in 1911 that at low temperatures, electrons can induce vibrations in a metal’s atomic lattice, and those vibrations in turn draw electrons together into couples known as Cooper pairs. Different quantum rules govern these couples, which stream together in a coherent swarm that passes through the metal’s lattice unimpeded, experiencing no resistance whatsoever. The superconducting fluid also expels magnetic fields—an effect that could allow magnetically levitating vehicles to float frictionlessly above superconducting rails.

As the temperature of a superconductor rises, however, particles jiggle around randomly, breaking up the electrons’ delicate dance.

Researchers have spent decades searching for a superconductor whose Cooper pairs tango tightly enough to withstand the heat of everyday environments. In 1968, Neil Ashcroft, a solid-state physicist at Cornell University, proposed that a lattice of hydrogen atoms would do the trick. Hydrogen’s diminutive size lets electrons get closer to the nodes of the lattice, augmenting their interactions with the vibrations. Hydrogen’s lightness also allows those guiding ripples to vibrate faster, further strengthening the glue that binds the Cooper pairs.

Progress took off in the 2000s, when supercomputer simulations let theorists predict the properties of various hydrides, and the widespread use of compact diamond anvils let experimentalists squeeze the most promising candidates to test their mettle.

Suddenly, hydrides started setting records. A team in Germany showed in 2015 that a metallic form of hydrogen sulfide—a pungent compound found in rotten eggs—superconducts at −94 degrees Fahrenheit under 1.5 million times the pressure of the atmosphere. Four years later, the same lab used lanthanum hydride to hit −10 degrees under 1.8 million atmospheres, even as another group found evidence for superconductivity in the same compound at 8 degrees.

Dias’ lab in Rochester has now shattered those records. Guided by intuition and rough calculations, the team tested a range of hydrogen compounds searching for the goldilocks ratio of hydrogen. Add too little hydrogen, and a compound won’t superconduct as robustly as metallic hydrogen does. Add too much, and the sample will act too much like metallic hydrogen, metalizing only at pressures that will crack your diamond anvil. Over the course of their research, the team busted many dozens of $3,000 diamond pairs. “That’s the biggest problem with our research, the diamond budget,” Dias said.

The winning recipe proved to be a riff on the 2015 formula. The researchers started with hydrogen sulfide, added methane (a compound of carbon and hydrogen), and baked the concoction with a laser.

“We were able to enrich the system and introduce just the right critical amount of hydrogen necessary to maintain these Cooper pairs at very high temperatures,” said Ashkan Salamat, Dias’ collaborator and a condensed matter physicist at the University of Nevada, Las Vegas.

But the fine details of the hydrogen-carbon-sulfur potion they’ve cooked up elude them. Hydrogen is too small to show up in traditional probes of lattice structure, so the group doesn’t know how the atoms are arranged, or even the substance’s exact chemical formula.

Eva Zurek, a computational chemist at the University at Buffalo, belongs to a group of theorists loosely affiliated with Dias’ lab. In early 2020, they predicted the conditions under which one metal that might have formed between the diamond anvils should superconduct, and they found different behavior. She suspects that high pressures instead transformed Dias’ substance into an unknown form whose superconductivity is especially robust.

Once Dias’ group can figure out exactly what they’ve got on their hands (details he and Salamat say are forthcoming), theorists will build models exploring the features that give this hydrogen-carbon-sulfur mixture its superconducting power, in hopes of further modifying the recipe.

Physicists have proved most two-element hydrogen hybrids to be dead ends, but the new three-element blend marks a potentially significant advance into the world of complex chimera materials. One of the elements involved seems particularly promising to some.

“What I like about this work: They bring carbon into the system,” said Mikhail Eremets, an experimentalist at the Max Planck Institute for Chemistry in Germany whose lab set the hydride records of 2015 and 2019.

He explained that the lightness of hydrogen is not the only way to beef up the vibrations that steer electrons into Cooper pairs. Stronger links between neighboring atoms in the lattice also help, and, he said, “carbon has very strong covalent bonds.” Materials with carbon frames could bring the added benefit of preventing the whole assembly from tumbling down at the low pressures humans find comfortable.

Zurek agrees. “Room pressure I thought would be very challenging,” she said. “But if we can bring carbon compounds into the mix, I think that presents a way forward.”

Lead image: A novel metallic compound of hydrogen, carbon and sulfur exhibited superconductivity at a balmy 59 degrees Fahrenheit when pressurized between a pair of diamond anvils. Credit: J. Adam Fenster / University of Rochester