Harvey Alter, Michael Houghton and Charles Rice were awarded the 2020 Nobel Prize in Physiology or Medicine for their discovery of the cause of a major liver disease. 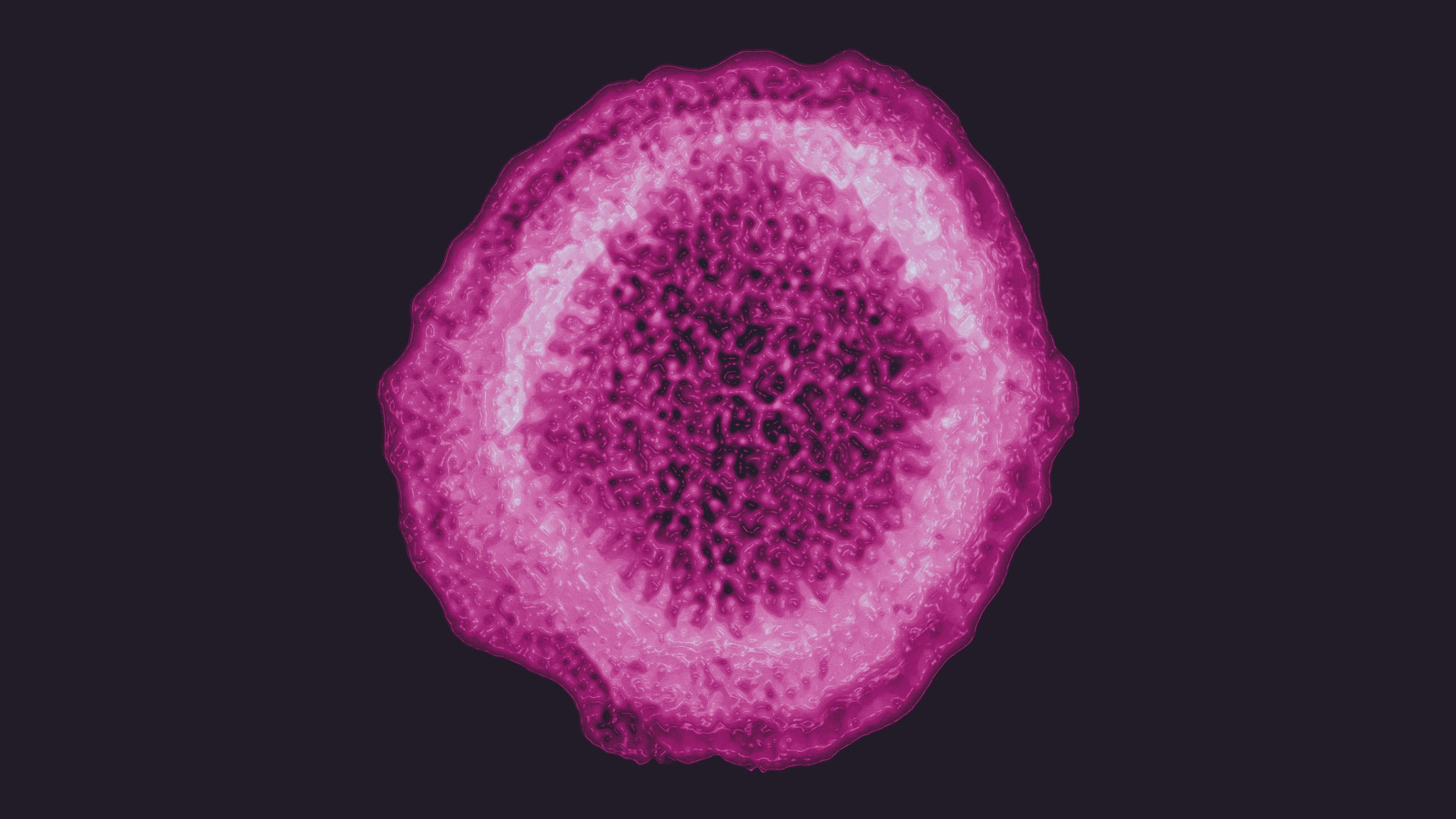 As the entire world reckons with the COVID-19 pandemic, it’s become clear how critical the identification of novel viruses can be. After all, the first problem to solve when we face a new disease is to uncover the pathogen causing it. Only then can scientists start to characterize its transmission and learn how to stop it.

The 2020 Nobel Prize in Physiology or Medicine has gone to three scientists who fought a similar battle decades ago—one that led to the discovery of the hepatitis C virus. Harvey J. Alter of the U.S. National Institutes of Health, Michael Houghton of the University of Alberta, and Charles M. Rice of Rockefeller University identified the RNA viral pathogen responsible for this severe form of liver inflammation, which afflicts more than 70 million people around the world, is a leading cause of liver cancer, and is responsible for more than 400,000 deaths annually.

In the 1960s, researchers witnessed an alarming—and rising—number of chronic hepatitis cases in patients who had received multiple blood transfusions or other treatments derived from donated blood. Part of the puzzle was solved in 1967, when the physician-scientist Baruch Blumberg pinpointed the hepatitis B virus as a cause. (In 1976, Blumberg was awarded a Nobel Prize for this discovery.)

But it quickly became apparent that hepatitis B wasn’t the only virus responsible, nor even the primary one. In the mid-1970s, this motivated Alter, one of Blumberg’s colleagues at the NIH, to figure out what scientists needed to look for. Through careful screening and testing, he determined that the observed cases couldn’t be explained by known viruses (including the hepatitis A virus, another previously discovered source of liver infection that’s transmitted through contaminated food and water). Through a series of transfusion experiments, Alter determined that the infectious agent was transmitted through blood and was likely to be viral.

That meant scientists had to isolate and characterize the virus. But over the next decade, the elusive pathogen frustrated every effort at identifying it.

In 1988, however, Houghton and his colleagues Qui-Lim Choo and George Kuo at the biotechnology company Chiron finally succeeded in cloning the virus, using a new molecular-based approach to do so—something the Nobel Prize committee described as a risky endeavor. “That this would work was not obvious,” said Gunilla Karlsson Hedestam, a professor of immunology at the Karolinska Institute, in the Nobel Prize award announcement. But against the odds, the researchers managed to isolate a single clone that matched what was seen in patient blood: a pathogen that came to be known as the hepatitis C virus. This allowed Houghton and his team to develop a blood test to identify infected blood and remove it from transfusion stockpiles.

Finally, Rice used genetic engineering techniques to definitively demonstrate that the hepatitis C virus was the sole cause of the post-transfusion liver disease that researchers had been trying to explain.

With this knowledge in hand, scientists had the foundation they needed to develop effective screening programs and drug treatments. The discoveries have not only saved millions of lives and “raised hopes that hepatitis C virus can be controlled and eventually eliminated,” Karlsson Hedestam said; they are also a “landmark achievement in our ongoing battle against virus infections”—one that continues today, in new and even more sophisticated forms.

Hepatitis is an inflammation of the liver tissue that is most commonly caused by viral infection (though it has also been traced to drug and alcohol misuse, autoimmune disorders and other factors). While there are five strains of the hepatitis virus—types A through E—hepatitis B and C in particular are known to cause chronic disease and, according to the World Health Organization, are the most common contributors to liver cirrhosis and cancer.

What is the hepatitis C virus?

The hepatitis C virus (HCV) is a spherical, enveloped, single-stranded RNA virus that belongs to the Flaviviridae family of viruses, which includes the viruses that cause dengue, Zika, West Nile and yellow fever. It is transmitted through exposure to infected blood, such as through transfusions, shared needles for injected drugs (today’s most common cause of HCV), and improperly sterilized equipment. It can also be transmitted from mother to child during pregnancy, and there is a very low risk of infection through sexual intercourse. Because the virus mutates rapidly and has several genotypes—seven have been identified to date—as well as dozens of subtypes, it is an evasive target for the immune system, and the development of a vaccine has been fruitless so far. Work by the winners of today’s Nobel Prize and other researchers, however, has made it possible for screening and treatment to be highly effective.

How does HCV cause disease?

HCV travels through a person’s bloodstream to the liver, where it binds to host receptors on the surface of hepatocytes, or liver cells. Once the virus has entered the cells, it replicates rapidly; according to some estimates, HCV could potentially make trillions of copies of itself in a day. When the immune system detects these infected cells, it launches a response to destroy them that slows viral production —but at the cost of significant inflammation. Left untreated over months or years, this inflammation can quietly lead to the formation of scar tissue in the liver, which gradually degrades the liver’s ability to filter and detoxify the blood. Scientists are still trying to disentangle how much of the harm from hepatitis C is caused by the immune response against the virus rather than the virus itself.

Why was HCV so difficult to isolate and identify?

One difficulty was the danger hepatitis C posed to researchers, who had to exercise great care when working with it. Also, because hepatitis C was initially known only as a human disease, researchers did not have an animal model to run experiments on. Eventually, it was found that chimpanzees could also be infected. But a more enduring problem was that the virus was present in such tiny concentrations in the blood of patients—despite being highly infectious—that traditional immunological methods of finding and identifying the virus were ineffective.

How did researchers eventually isolate HCV?

After Alter and his colleagues determined that an unknown virus was responsible for the bloodborne hepatitis they were observing in transfusion patients, Houghton, along with Choo and Kuo, sought to isolate the genetic sequence of the pathogen. They introduced DNA fragments from the blood of an infected chimpanzee into bacteria in an attempt to produce clones of the virus’s genetic material, so that they could compare those sequences to DNA fragments they found in blood samples from human patients.

Incredibly, when they screened 1 million bacterial colonies, they found exactly one clone that fit the bill: It seemed to be encoding viral proteins. After further investigation, they found that the clone was derived from a novel virus in the Flaviviridae family: HCV.

Houghton, Choo and Kuo’s novel immune-screening approach was an extremely laborious and time-intensive process when they tried it against HCV. Now, with significant advances in genetic sequencing techniques, the cost and time of sequencing and DNA cloning have been driven down considerably. “The methods have evolved dramatically since the ’70s and ’80s,” said Patrik Ernfors, a biochemist at the Karolinska Institute and a Nobel Committee member, in the Nobel Prize announcement. “Today, massive parallel sequencing and PCR technologies have replaced a lot of the very tedious and cumbersome, difficult methods that were used to discover hepatitis C.”

Roger Penrose, Reinhard Genzel and Andrea Ghez won the Nobel Prize in Physics for their studies of black holes.