An organized tide of brain waves, blood and spinal fluid pulsing through a sleeping brain may flush away neural toxins that cause Alzheimer’s and other diseases. 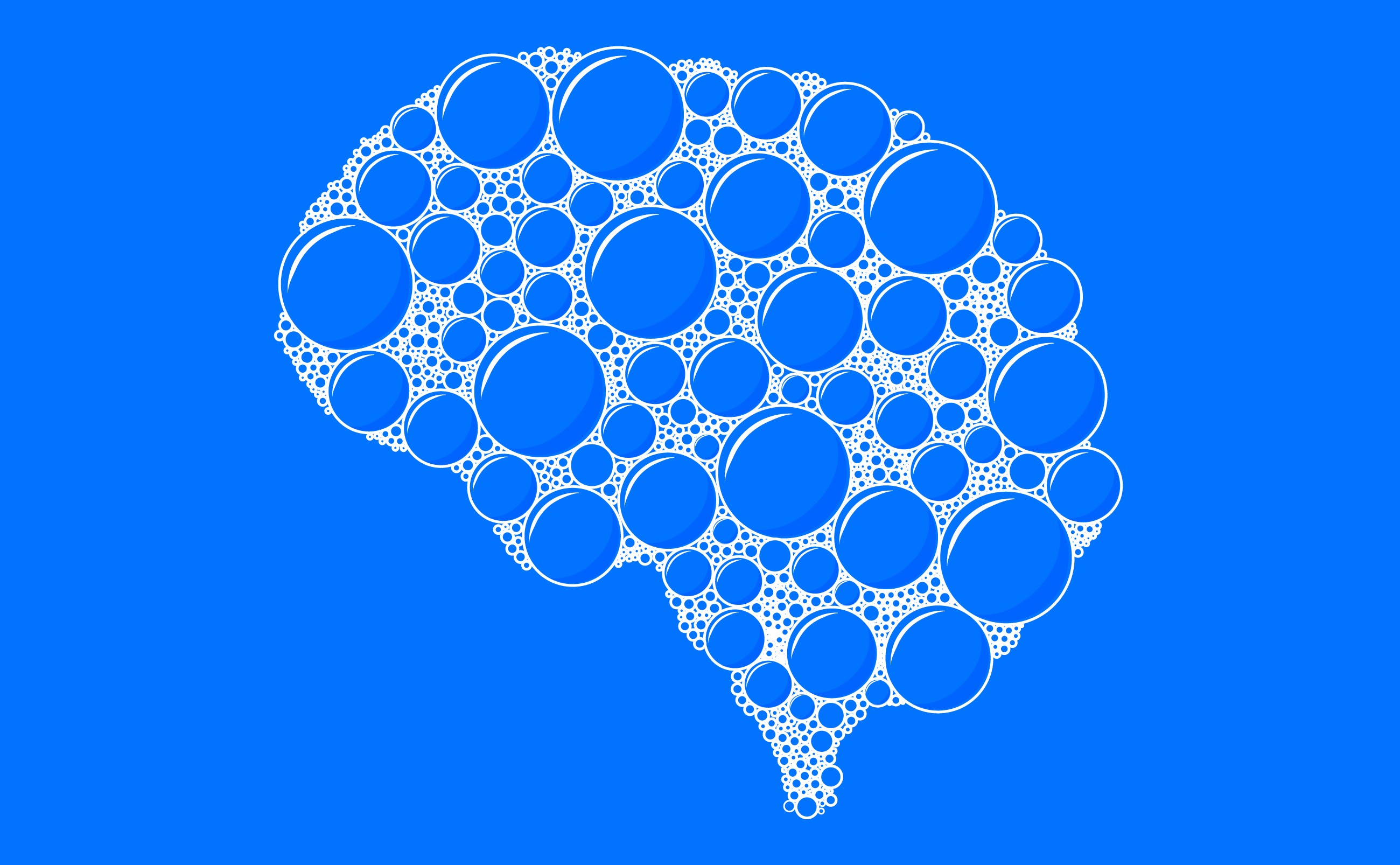 When you sink into a deep sleep, a cycle of activity starts behind your closed eyelids. First, a slow electrical wave pulses through the brain. A few seconds later, the amount of blood within the brain drops. Then a wave of cerebrospinal fluid reverses its usual direction of flow and moves upward through large cavities in the lower and central portions of the brain. The pattern repeats about three times a minute for the duration of non-REM sleep, the typically dreamless phases when your eyes remain still.

In a study published in November 2019, researchers observed the rhythmic sequence uniting these three phenomena in humans for the first time and found the causal links between them. Their finding clarifies how sleep may protect the brain’s well-being by driving elements of an obscure “plumbing system” found in the brain only a few years ago. Someday, the newly discovered mechanism might be the basis for new treatments to prevent cognitive decline in patients with Alzheimer’s disease and other conditions, but it’s already of value for deepening understanding of the physiological dynamics of sleep.

Sleep is a rather surreal phenomenon, says Laura Lewis, an assistant professor of biomedical engineering at Boston University and the senior author on the study. Every day, we enter an altered state of consciousness in which many aspects of our cognition and physiology change dramatically and simultaneously. Yet we can’t live without it. Animals deprived of sleep die, and even insufficient sleep is linked to cognitive decline.

For years, scientists have suspected that the harm caused by disturbed sleep has something to do with an overaccumulation of waste products or toxins in the brain. Studies showed that sleep is important for waste clearance, but the specifics were foggy. In 2012, research in the laboratory of Maiken Nedergaard, a neuroscientist at the University of Rochester Medical Center,  identified what appears to be the brain’s waste clearance pathway, the glymphatic (glial-lymphatic) system. This is a thin set of channels formed by the brain’s glial cells that can conduct fluid within the brain. The problem was that no plausible mechanism seemed to connect the neurological signs of sleep with the glymphatic system or even with movements of the cerebrospinal fluid (CSF) more generally. “We just weren’t sure what was changing, or how,” Lewis said.

Animal experiments did hint, however, that there was some correlation between sleeping brain wave activity and the flow of fluids through the brain. Looking for those patterns in sleeping human brains seemed like a good way to start getting some answers.

The researchers spied on natural sleep cycles late at night, said Nina Fultz, a research assistant in biomedical engineering at Boston University and first author of the study. They wanted to get measurements of brain waves, blood oxygenation and CSF movements simultaneously, so they affixed electrodes to the scalps of their 13 human subjects and put them to bed in MRI machines. Their collaborators at the Martinos Center for Biomedical Imaging helped formulate a novel way to image the brain: An accelerated MRI process took multiple pictures per second and detected the influx of fluid, which showed up as very bright areas on the scans.

That combination of measurements turned out to be powerfully informative and “revealed surprising patterns,” said Helene Benveniste, a professor of anesthesiology at Yale University, who did not work on the project. It showed that the elements of the cycle were aligned in time, one closely following the last. But that was only a correlation, and the researchers wanted proof that each part of the cycle caused the next.

To that end, they built a model based on the established dynamics in the brain. It was already known, for example, that electrical activity in the brain changes patterns of blood flow, because highly active neurons need more oxygen and energy. In the scientists’ model, the part of the slow wave in which neurons go quiet drove a reduction of blood flow in parts of the brain. But as the volume of blood in the tissues decreased, CSF flowed in to compensate, presumably through the glymphatic system. The model matched the timing they observed precisely enough to suggest a causal relationship.

It’s not known whether this pattern of fluid movement within large spaces in the brain—the third and fourth ventricles—extends to the rest of the brain. Earlier animal studies did not focus on the ventricles, instead examining how fluid spreads through smaller spaces within brain tissue and clears waste products that accrue there. But what the Boston group saw may reflect very similar fluid dynamics, said Jeffrey Iliff, a professor of psychiatry and neurology at the University of Washington School of Medicine who studies neurodegenerative conditions.

“There are lots of detailed questions that still aren’t settled, but this is a huge step forward,” said Jeffrey Tithof, an assistant professor of mechanical engineering at the University of Rochester. His team studies the glymphatic system, and some of their recent unpublished findings mesh well with the alternation of blood and CSF seen in this human imaging. “We’re all pretty excited about it.”

The study lacks more fine-grained information about how the CSF might clear waste from the brain, but even this limited outline of a mechanism could advance the understanding of cognitive diseases.

Scientists have observed a relationship between sleep and Alzheimer’s: Sleep disruptions often precede the disease, which in turn appears to further disrupt sleep. The biology behind this connection is unknown, but a plausible explanation is that, by changing blood flow in the brain, electrical signals associated with sleep trigger waves of CSF to wash away toxic amyloid plaque around neurons. Anything that interferes with sleep might allow the plaque to accumulate and cause Alzheimer’s. “One of the reasons why I think a study like this is so exciting is that it provides one possible explanation that really might fit,” Iliff said. “But we have to test that.”

Lewis and her team are preparing for studies that will examine these dynamics in subjects with brain disorders. Still, these recent observations in young, healthy brains unveiled a sequence that adds detail to an evolving picture of sleep’s function.

We’ve been asking these questions about sleep for centuries, Iliff said. “It’s something that everyone cares a lot about, and yet it’s something that’s pretty mysterious.” He added, “Our understanding of and experience with sleep is fundamental to who we are and what we do every single day.”

Lead image: Scientists are beginning to understand one of the ways in which sleep may benefit the health of the brain: by organizing the flow of fluids that can wash away harmful build-ups of proteins and wastes around neurons. Credit: Lucy Reading-Ikkanda/Quanta Magazine