Sylvia Earle Is Not Done Exploring

The legendary marine biologist discusses why she’s excited about the coming era of ocean science, the shortsightedness of maritime exploitation and diving in the Arctic in her 80s. 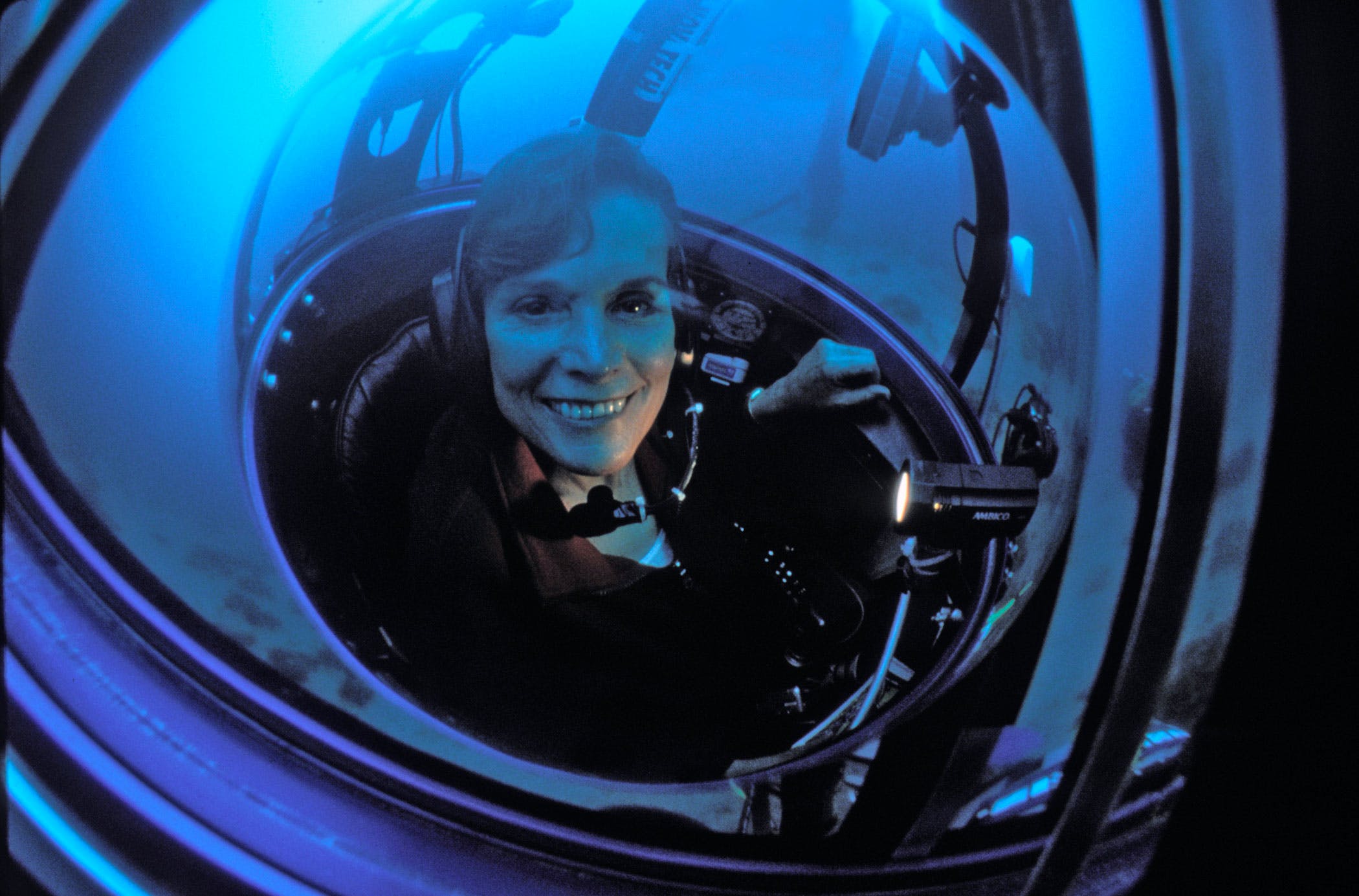 I can forgive them from 1,000 years ago, or 500 years ago, or even just 50 years ago. They did not understand the impact they were having on the ocean,” Sylvia Earle said to the crowd. “But there’s no excuse anymore. The knowledge is there.”

Her audience hung on every word—partly in sympathy with her commitment to protecting the marine environment, but also undoubtedly out of admiration for Earle, an explorer and marine biologist whose half-century career of pioneering work has turned her into one of today’s most celebrated figures in oceanographic science. If the knowledge of the effects of human activity on the ocean is there as she said, it’s because she did a lot to help establish it.

During more than 100 scientific expeditions, Earle spent upward of 7,000 hours underwater (that’s the equivalent of her having submerged at midnight on New Year’s Eve and resurfaced in late October). Among her accomplishments, she is a former chief scientist of the National Oceanic and Atmospheric Administration (NOAA), a National Geographic explorer-in-residence and the founder of Mission Blue, an organization that has created a global network of marine protected areas.

Now in her early 80s, Earle is still a captivating speaker, as she demonstrated this past Saturday afternoon during the World Science Festival in New York City, with a keynote address at the Fifth Avenue headquarters of the philanthropic Simons Foundation. (Disclosure: Quanta Magazine is an editorially independent publication of the Simons Foundation.) Earle spoke about the immense wonder and beauty of marine life, and reflected both on how much science had learned about the ocean’s secrets and on how much more there is still to learn. She emphasized the importance of continuing to investigate the oceans and their myriad life-forms to inform how we can better manage them (and draw on them as resources) in the future.

During the question-and-answer period at the end of her talk and backstage afterward, I spoke with Earle about the state of basic research in the marine sciences. How much is understood about the dynamics of marine ecosystems, either at a local or global level?

Not enough, according to Earle. Much of the funding for studying ecosystems has been directed at fisheries research, she said, because “the presumption has been that our job is to maximize use” of the oceans and their contents. “The idea that fish have a value alive that may transcend the value of fish dead? Or that a lobster has a value to a coral reef beyond its value of being delicious to us?” Those ideas for the most part weren’t being considered, she said.

The folly of learning too late about how natural ecosystems work carries consequences, she argued, because of irreparable damage we cause in the interim. “Fish that we take from the sea, we now know, can be 100 years old. And they may not [sexually] mature until they’re 30 years old.” She cited the extreme example of the immense Greenland shark, which researchers learned only last summer can live for 400 or more years and do not start to reproduce until they are about 150. There’s no way of knowing how many other species humans might deplete from the seas faster than they can replace themselves. Earle is not opposed to using fish and other marine organisms as sources of food or products, but adds: “We need to be really careful about how much disruption we cause.”

Beyond costing us irreplaceable resources, Earle said, damage to the fantastic richness and diversity of ocean life also obliterates our best source of information about the history of life on this planet. Most forms of life never made the evolutionary transition from the ocean to dry land, and the seas preserve that profusion of diversity to this day. In a bucket of seawater, she said, you can often find larval forms of more than a dozen of the 36 known phyla of animals—essentially as many as exist across the entirety of the land surface.

Marine diversity is so great that astonishing surprises can sometimes be waiting in plain sight. Earle points to the discovery of the tiny blue-green bacteria called Prochlorococcus as proof: Until the late 1980s, these exceptionally small single-cell organisms, scarcely more than half a micron in diameter, were unknown to science. Then it became clear that Prochlorococcus is not only the smallest known photosynthetic life-form but also the most abundant—it flourishes in tropical and temperate waters around the globe down to a depth of 200 meters. Prochlorococcus makes up the single biggest photosynthesizing biomass on the planet; because of its importance to food chains, Earle called its cells “the bosses of the world.” Yet science was oblivious to the existence of Prochlorococcus until research vessels were equipped with sufficiently sensitive instruments (flow cytometers) for detecting and counting the organisms in samples of seawater.

I asked Earle whether she was excited about the potential for any new tools or techniques, possibly drawn from other areas of science, to advance oceanography and marine biology. “The ability to sense the diversity of life by looking at the genetic material in the water,” she replied. “If fish have gone through the water, you can detect them for several hours.” That approach, called metagenomics, has already been hugely informative about the diversity of species and their genes in many environments. It has been notably useful in identifying 5,000 varieties of viruses that live in seawater. (Like Prochlorococcus, the gigantic numbers of viruses in the ocean were overlooked until the 1980s when researchers looked with the right instruments.)

Whatever methods might be used to study ocean life, it is clear that Earle’s enthusiasm for doing so never wavers. She is motivated by a bone-deep conviction of the essential importance of learning more about the ecosystems that cover three-quarters of the planet, but also by a luminous joy in bringing its beauties to others. “I love sharing the view,” she said.

And Earle clearly intends to remain an active part of oceanographic science and exploration as long as possible. As she remarked during her talk, “To celebrate my [80th] birthday a year and a half ago, I got to dive in the Arctic for the first time.” She added, “So far, for the only time.”