The Argument for God Is Out of Tune

Why scientific cosmology can’t give us the God of religion. 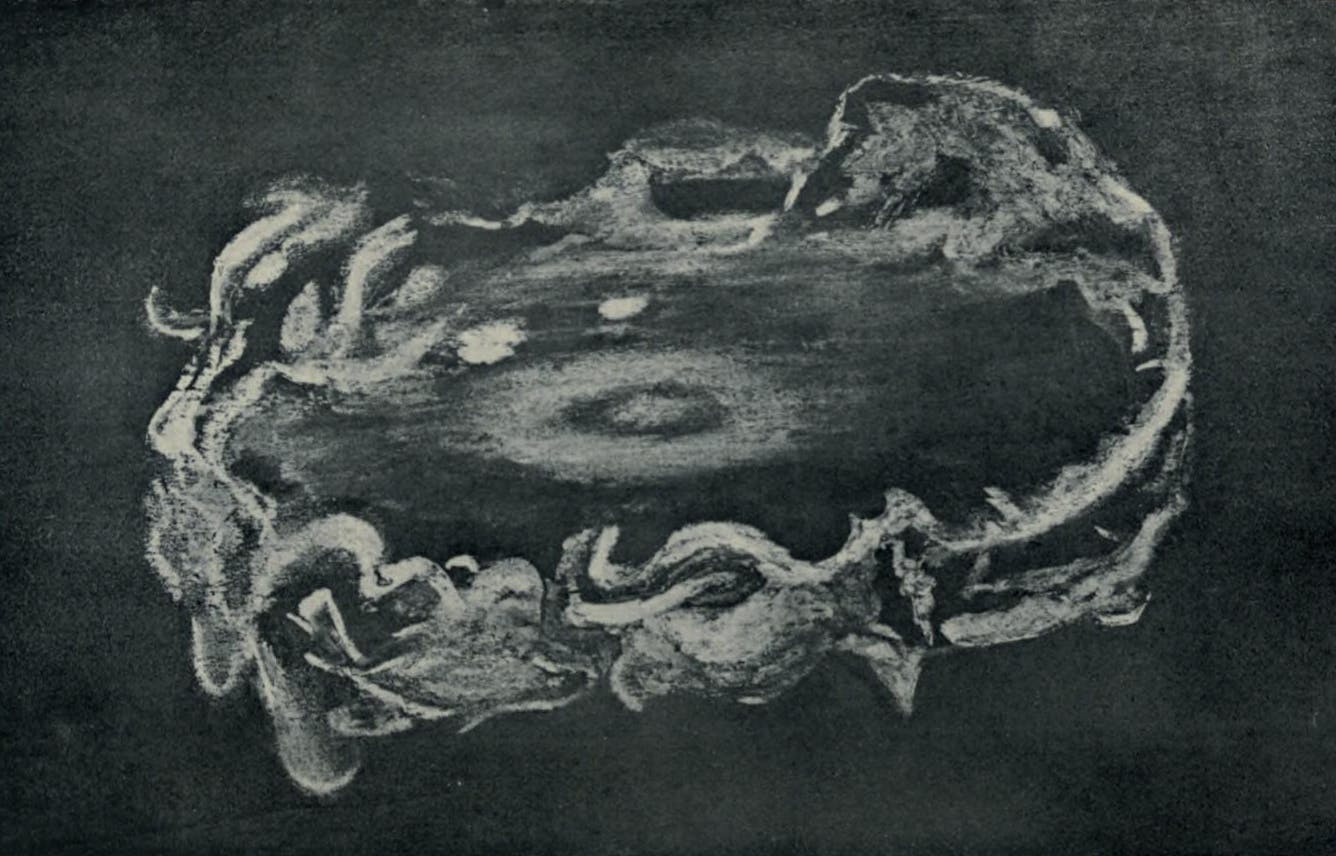 Does the universe have a purpose? Until the 19th century, most philosophers and scientists thought it did. How could we explain the high degree of structure and order in the heavens and on earth without an intelligent designer? This line of thought convinced Isaac Newton and many other scientists of the 17th and 18th centuries. Even David Hume, after providing, in his Dialogues Concerning Natural Religion, an apparently devastating critique of the design argument, has the skeptic Philo declare that science “leads us to acknowledge a first intelligent Author.”

Eventually, however, Charles Darwin offered a theory of evolution through natural selection that could in principle explain apparent design without a designer. Even the most complex organisms could originate from a long series of chance variations, each providing a small advantage for survival. Although natural selection applies only to living things, we expect to find similar accounts for the complex inorganic molecules from which organisms evolve. Meanwhile, on the grand cosmic scale, astrophysics has sketched plausible accounts of how stars, plants, and galaxies form.

But recent cosmology also has revived the idea of a purpose-built universe. It suggests a theistic argument that can’t be disarmed in the way Darwinian evolution disarmed traditional design arguments. Both astrophysicists such as Luke Barnes, and philosophers such as Robin Collins, have taken seriously a new, fine-tuning argument. The argument begins from apparent design that reaches back to the very beginning of the universe, leaving no time for the operation of an evolutionary account that explains away what seems to be design.

Why would the designer who had a special concern for us have given us so minor a place in the universe?

There is compelling evidence that the universe burst into existence from an extraordinary event—the Big Bang—from which the entire cosmos has continually expanded for almost 14 billion years. The eventual results of this expansion depended on the precise value of certain constants fixed near the very beginning of the process. In particular, the eventual emergence of organisms seems to have been possible only because these constants had the value they do. For example, if the force of gravity one second after the Big Bang had been just 1 part in 1060th smaller than what it is, the universe would have collapsed back into itself and never produced living things; and if gravity had been just that much larger, the universe would have exploded so rapidly that it became a permanent chaos of hydrogen atoms, with no possibility of organic structures. Parallel conclusions hold for a number of other fundamental constants. We have calculated the values of these constants from empirical observations. But there is no theoretical basis for saying that the constants must have those values. As far as our science can tell, they seem to be just brute facts.

And these facts are the basis of the fine-tuning argument for an intelligent designer:  There are physical constants, like gravity, with precise values that science cannot explain, and if these constants did not have these values within a very narrow range, there almost certainly would be no organisms. Given these facts, the only available explanations for the existence of organisms are design—the action of an intelligent being who wanted organisms to exist, or mere chance. But, the argument goes, design is a more plausible explanation than chance. And so, we should accept the existence of an intelligent designer who fixed the relevant constants—and this is what religious people call God.

But at least three key steps in this argument are open to serious question. First, although current theory cannot explain the values of the constants, this is no reason for expecting that future science will not find an explanation. There are always anomalies in the form of puzzling data that even the best theories fail to explain, and we know that our current cosmological theorizing has a crucial shortcoming. It requires both the general theory of relativity to understand large-scale systems like galaxies and solar systems, and quantum theory to account for the behavior of atoms and sub-atomic particles. As we currently understand them, these two theories are not consistent with one another, so a fully adequate account of the Big Bang will require a consistent unification of them. But we have no way of knowing what such a unified theory will tell us about the nature and origin of the constants on which the fine-tuning argument depends.

In fact, one possibility—suggested by the mathematical string-theory that many think will be the key to an adequate cosmology—is that what existed from the beginning was not just our universe but an infinite multitude of universes, a “multiverse,” each specified by a different set of constants relevant to the emergence of life. It seems highly probable that at least one of this infinite set of universes would have constants with values needed to produce life. We may be inclined think that it would still be highly improbable that our universe would be such a universe, so that we still need an explanation for this fact. But this improbability is comparable to the improbability of winning a lottery. My winning a $1 billion Powerball drawing wouldn’t support that claim that someone had rigged the outcome. The highly improbable event would need no explanation beyond the luck of the draw. The same holds for our universe being one that allows the emergence of life.

A being with knowledge and power utterly exceeding ours might well be aware of possibilities beyond our feeble capacities.

The second difficulty also concerns the fine-tuning argument’s assumption that mere chance can never be an adequate explanation of an improbable event. It’s reasonable to exclude chance when we’ve learned from our previous experience about causes that could plausibly explain the event. To use philosopher John Leslie’s example, if I’ve been sentenced to execution by a firing squad of expert marksmen and all the shots miss me, there’s reason to think, from what we know about guns and the people that fire them, that this was intentional and not mere chance. But when it comes to the origin of the universe, we have no relevant previous experiences. Our data about the Big Bang are all we know about this apparently unique event; we have no experience of any similar event. So we have no basis for judging what might be plausible in this unique situation. In particular, we have no basis for thinking that intelligent design is better than chance as an explanation of why organisms exist.

Further along these lines, even if we grant that an intelligent designer is a better explanation than mere chance, it still doesn’t follow that we should accept the intelligent designer. We may quite reasonably think the existence of such a designer is itself highly improbable. If so, rather than accepting the better of two implausible explanations, it would make sense to withhold judgment until a much more likely explanation is found.

Third and finally, there’s no reason to think that a fine-tuning designer is anything close to the God of religion. There’s no reason to think a being that could fix certain physical constants would have power to control other important features of the universe (not even the particular results of the evolution of organisms), or the knowledge of what the ultimate effects of its intervention would be. Nor is there any reason to think that such a being would be morally good rather than evil or indifferent. Indeed, there’s nothing to exclude various hypotheses, such as those put forward in Hume’s Dialogues, inimical to monotheism; for example, that the design might be the work of several designers or that the designer might have long since ceased to exist. In any case, cosmology provides no support for the claim, central to Judaism, Christianity, and Islam, that we humans have a privileged place in the divine plan.

Some have suggested that scientific cosmology not only doesn’t support religion but also actually undermines it. Ever since Copernicus and Galileo showed that our Earth is not the center of the solar system, science has found more and more evidence that we have no privileged place in the universe. Our solar system is likely just one of billions in our galaxy, and that galaxy itself is just one among billions of galaxies, and neither our solar system nor our galaxy seems particularly distinguished. True, we don’t know that any other planet supports intelligent life, but the ever-increasing count of Earth-like planets suggests that even that may not make us special. In any case, the universe existed for about 10 billion years before our little portion of it emerged, and we expect it to continue for eons after we are gone. There’s no basis for thinking that our grain of sand on the cosmic beach is more special than any other. Why would the designer who had a special concern for us have given us so minor a place in the universe?

But this effort to turn cosmology against religion is no more effective than the fine-tuning effort to support religion. A major failing is the assumption that we could have any plausible sense of how a divine designer would be thinking. A being with knowledge and power utterly exceeding ours might well be aware of possibilities beyond our feeble capacities. But even from our merely human standpoint we can suggest reasons why our apparently ordinary place in the universe might not count against a privileged relation to the creator. Why should an essentially spiritual status have to be reflected in the physical world? Might God not have created the universe precisely as an object of knowledge and awe for us? And why should our privileged relation to God exclude similar relations for other sorts of creatures? Scientific cosmology is an endlessly fascinating study in its own right. But, on reflection, it seems to have no particular significance for fundamental questions of religious belief.