The “Dying Seas” of the Anthropocene 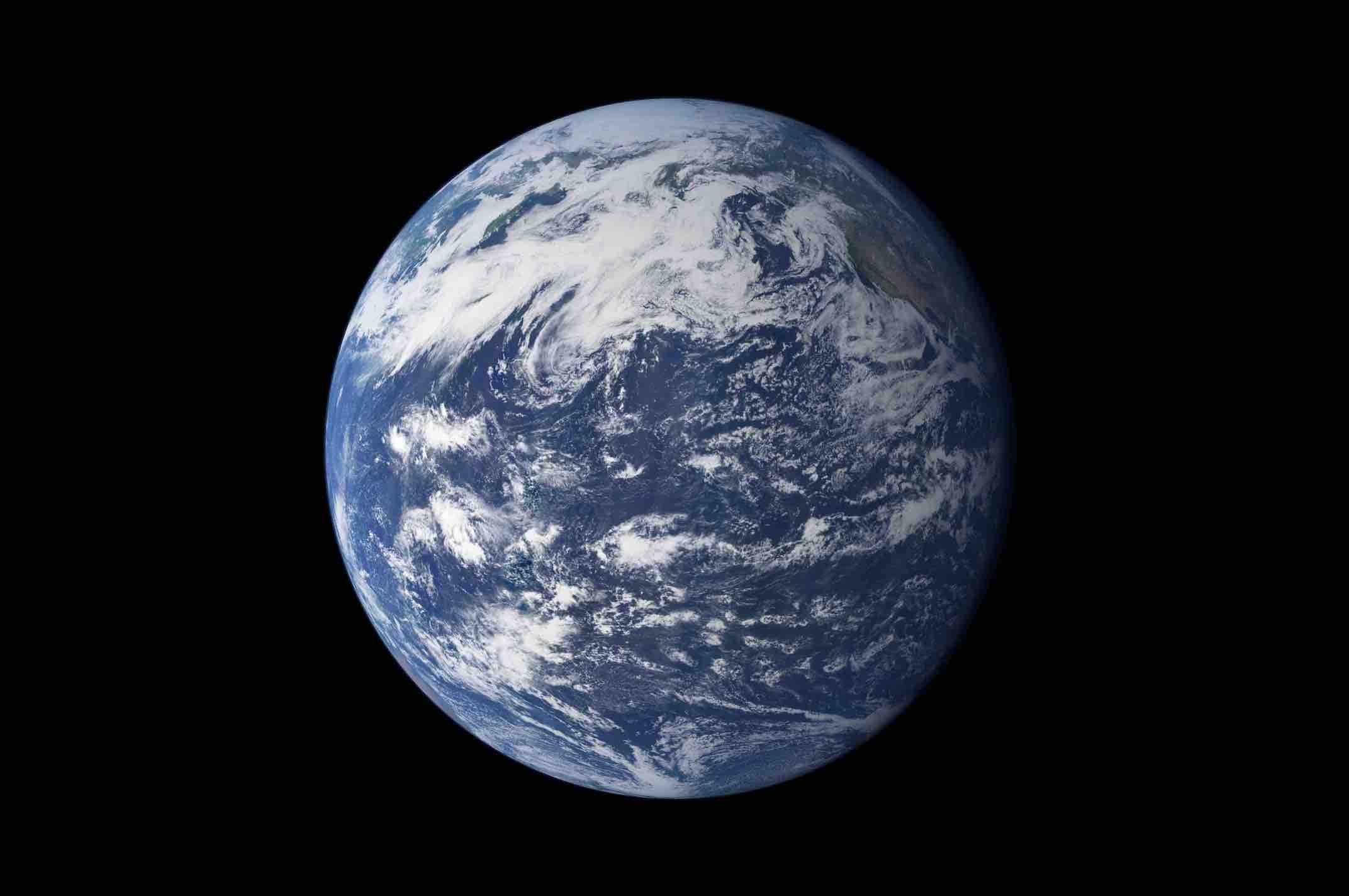 Declarations that the ocean is dying have become commonplace. We read headlines almost daily telling us that the oceans are choked with plastic, overfished, and rapidly acidifying. Yet even in “dying,” we are told, the ocean threatens human existence as sea levels rise, sea surface temperatures increase, and commercial fish stocks disappear.

The ocean has thus become emblematic both of a natural world victimized by humanity and of nature’s possible vengeance. In a 2014 video by the nonprofit organization Conservation International, the growling baritone of the actor Harrison Ford speaks for the ocean: “I give. They take. But I can always take back.”  The message is powerful because it conjures images of both the primordial sea as crucible of life and the biblical flood—destruction of life as punishment for human sin. Yet a vengeful ocean is but one of several historical depictions of the sea, some of which have gained prominence at particular moments while others have faded away. In the 1960s and 1970s many scientists, engineers, and policy makers approached the ocean as a vast but resistant reservoir of untapped natural resources. The hostility of the ocean was understood in the context of national calls for increasing exploitation. US Rear Admiral William C. Hushing, for example, in 1967 described the ocean as “hostile in almost every way you can think.” In Hushing’s view, the task set for “Man” was “to train himself for the hostility” and eventually “find ways to convert the hostility to friendliness.”

Today, the ocean is increasingly cast as fragile, even as dying. And while the ocean voiced by Harrison Ford remains threatening, the message is that humans are responsible for that threat. We, not the ocean, have taken too much. Once we recognize the increasing dominance of a conception of the ocean as fragile and dying, we are prompted to ask how this shapes conservation efforts and whether it has a net positive or negative influence on marine environmental protection. In the fall of 2016, for example, Outside Magazine published an obituary for the Great Barrier Reef. The article quickly went viral, but coral reef scientists condemned the story as irresponsible. The Great Barrier Reef, they pointed out, although under severe threat, was not yet dead. To declare it lifeless was to give up hope. Environmental pessimism comes at a cost. When pseudoscientific claims gain traction, it is often because they appeal to emotions and long-standing narratives already associated with particular environmental spaces.

Dying-seas narratives and imagery may actually hamper communication between scientists and the public. As an example, Jay Cullen, a researcher at the University of Victoria, leads a project to monitor Fukushima radiation in the eastern Pacific. When Cullen’s lab reported that trace radiation was present off the coast of British Columbia but did not represent a significant health hazard, the response was vociferously angry, including death threats aimed at Cullen. In the case of the Fukushima radiation reports, one public’s response was to reject scientific claims that did not support the narrative of threatening “dying seas.” To quote the Globe and Mail: “Dr. Cullen said he frequently hears from people that his science simply can’t be right because the Pacific Ocean is dying. It is adrift with tsunami debris and plastic waste and its stocks have been overfished, but it has not been killed by nuclear radiation.”

Hope, like fear, has power to shape the world we will inhabit.

Although hampering science communication, the dying-seas narrative may also contribute to misguided efforts at environmental restoration. In 2012 a native community on Haida Gwaii paid $2.5 million to an American entrepreneur to carry out an iron-seeding experiment off the coast of British Columbia. The goal was to dump iron dust into the sea to artificially trigger a plankton bloom and restore the local salmon population while also sequestering carbon dioxide. As mentioned earlier, oceanographers pioneered iron-seeding experiments but came to deem the method as too risky for practical use. The Haida Gwaii iron-seeding project was therefore condemned by the international scientific community as having violated two international agreements to place checks on unregulated geoengineering. Yet a lay public that was sold on saving a “dying sea” triggered what many in the scientific community saw to be dangerous “rogue science.” Nor is the 2012 iron-seeding event the only scientifically questionable technological solution marketed as a solution for marine ecological crises. A far more ambitious engineering project to skim microplastics from the North Pacific sea surface is now being tested. The Ocean Cleanup project was founded by a teenage Dutch inventor who, after delivering a viral TEDx speech and raising $2.2 million in crowdsourced funding, dropped out of university to develop his project. Despite concerns voiced by oceanographers that the device will not only be ineffective but will harm pelagic marine creatures, the installation was deployed in late 2018.
On a much smaller scale, millions of dollars have been invested in engineering projects around the world in the Sisyphean task of trying to hold back rising seas as the Greenland and Antarctic ice sheets melt. It may be that future oceanographers, unlike their predecessors, will be less focused on encouragement of widespread collaborative observation and experimentation at sea and more concerned with oversight and restriction of interfering scientific and engineering practices.

Unsurprisingly, the projection of sentience onto the natural world fails to move climate change skeptics. Appeals to safeguard individual charismatic species, like the polar bear, risk critique as devaluing human existence in favor of other forms of life. Descriptions of the earth as a victim of human agency are dismissed by political opponents as scientific hubris. Even publics potentially receptive to conservation science risk being demoralized by imaginative invocation of a vast, “dying” non-human entity. The author of a 2014 editorial in Smithsonian Magazine notes, “We’ve gone from thinking the ocean was too big to hurt, to thinking that the ocean is too big and too sick to help.” This cognitive-emotional orientation has been unintentionally fostered by scientists intent on educating a lay public on the importance of global systems thinking. Yet the popularization of this approach to nature has its pitfalls. Conceptualizing the oceans as a cohesive nonhuman entity oversimplifies accounts of environmental degradation and limits understanding of local variability.

In 2013, Microsoft cofounder Paul Allen announced a contest called Ocean Challenge. The contest awarded “$10,000 to the most promising new science-based concept for mitigating environmental and/or societal impacts of ocean acidification.” The winners of the contest were Ruth D. Gates of the University of Hawaii and Madeleine van Oppen of the Australian Institute of Marine Science. Their project to genetically select and cultivate corals that possess natural resistance to ocean acidification received funding. Coral reefs take up less than 1 percent of the earth’s surface, yet they are habitats for an estimated one-third of all known marine creatures, including 25 percent of commercial seafood species. They also act as natural breakwaters, dampening the power of storm surges and coastal erosion. An estimated 61 percent of coral reefs are under stress and at risk of disappearing by 2030. Thus, the health of coral reefs is widely used as a metric for global ocean health, the marine equivalent of the canary in the coal mine. Gates, who passed away in October 2018, described herself as “a futurist.” “A lot of people want to go back to something. They think, If we just stop doing things, maybe the reef will come back to what it was,” she explained. In contrast, her project acknowledged a future “where nature is no longer fully natural.” In Gates’s understanding, the ocean isn’t dead, but its survival hinges on assumption of responsibility for its now-hybrid character. Is there a cost to abandoning the nineteenth-century ideal of wilderness? Perhaps doing so is the price we must pay to retain a semblance of what once was.

Some theorists and scientists advocate greater inclusion of nonhuman actors in debates about ecological crisis. Bruno Latour, for example, argues that “a science of objects and politics of subjects” must be replaced by a “political ecology of collectives consisting of humans and nonhumans.” A precedent has been set by the recent allocation of legal rights to rivers in Australia, New Zealand, and India. But although we must not shirk from placing value on nonhuman entities, in the end climate change—and by extension marine environmental degradation—remains a human problem, and we need to foreground human abilities to comprehend and solve it. As Jean-Michel Cousteau, son of Jacques, asserts, “The face of our planet is the ocean. It is the largest ecosystem on our Earth. But the face of climate change is not the whale, the polar bear, the glacier, the rainforest or the desert. The face of climate change is us.”

The marine sciences, like all branches of scientific knowledge, are shaped by underlying assumptions about human relationship with the natural world. The tensions I have highlighted point to a crisis in scientific and lay imaginations of an ocean radically changed in the course of the Anthropocene. Scientists increasingly talk about the ocean as a hybrid environment. Gates was surely correct in asserting that scientific solutions for an ocean understood as dying can be reached only by acknowledging that the contemporary ocean cannot be conceived apart from humans. But even this perspective comes with risk. We see the debate playing out in discussions over optimal approaches to fisheries management—between scientists who advocate “no-take,” wild marine protected areas and others arguing that proper management protects biodiversity through judicious harvesting. History suggests that every manipulation with nature will have unpredictable effects. It may be hubris to think that we can cure a condition whose root cause is ourselves.

Humans live in symbiosis with the sea. Even those who choose not to eat seafood or do not live near a seacoast might be surprised to learn the extent to which their livelihood, health, and well-being depend on the ocean. For example, 25 percent of all global fish catch ends up as agricultural fertilizer, food for domestic livestock, fish oil supplements, or processed food for commercially farmed fish. Carrageenan extracted from seaweed is used to thicken ice cream and yogurt, and offshore oil wells account for approximately 30 percent of global oil production. Most importantly, marine plankton produce 70 percent of the oxygen in the atmosphere. The famed oceanographer Sylvia Earle frames our dependence on the ocean in existential terms: “nothing else will matter if we fail to protect the ocean. Our fate, and the ocean’s, are one.”

It remains imperative for those seeking to mobilize support for efforts of ocean conservation to understand underlying conceptions that shape how scientists and lay publics approach the natural world. Climate change is giving rise to novel fears about rising sea levels, slowing thermohaline circulation, and acidifying seas. Some dire predictions made in the past have been borne out sooner than anticipated. Yet prediction is inherently imperfect. If we are not careful, fear may hamper conservation efforts or fuel hubristic interventions. Hope, like fear, has power to shape the world we will inhabit.

Copyright © 2019 by the President and Fellows of Harvard College. Used by permission. All rights reserved.