The Hermaphrodite at the Bottom of the Sea

Far beneath the surface, an evolutionary paradox. 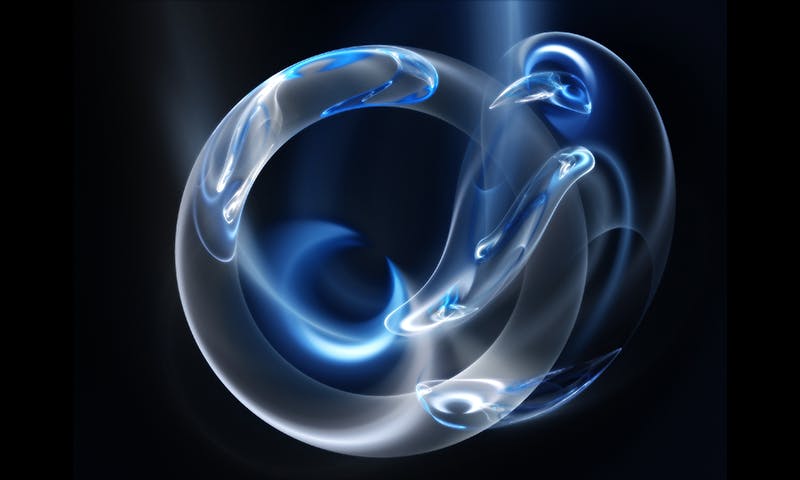 In the abyssal plains off the coast of California lives a species of worm with exceptionally wide lips. That’s not the only thing that distinguishes these newly identified creatures from their peers; the discovering scientists also note Yoda demiankoopi’s “infrequent defecation events.” And, to complete their deep-sea dating profile: In addition to being named after a Star Wars character, they have both male and female sex organs. These worms have a lot going for them.

Yoda demiankoopi are bottom-dwellers, filtering calories out of the snow of organic debris that sifts down from the creatures living and dying closer to the surface. Those are the wispiest of table scraps, but by minimizing movement so as to save energy, they have made a life for themselves in a frigid, pitch-black world where the pressure is 250 times that on the surface.

Until recently, they also had the distinction of never having encountered a human—or human interference. That all changed as developments in deep-sea technology allowed scientists to explore once-inaccessible depths. When marine biologist Greg Rouse sat in the control room of the Schmidt Ocean Institute’s research vessel Falkorin 2021, watching a remotely-operated vehicle (ROV) maneuver across the Patton Escarpment and Little Joe Seamount, he and the team found four specimens of Yoda demiankoopi at depths between 1,500 and 2,500 meters. They used the ROV to capture the worms and carry them back to the surface.

The worms have both sets of sex organs, with one set or the other more fully expressed at a given moment.

Back in his lab at the Scripps Institution of Oceanography, Rouse and colleagues photographed the worms, whose bodies had ruptured during their collection and the trip up, and preserved the remains for anatomical and DNA study. They belonged to a class of marine invertebrates known as acorn worms, so named because their pronounced lips give their heads an acorn-like silhouette. They are among our closest invertebrate relatives,1 sharing a last common ancestor with humans an estimated 570 million years ago, and typically live in shallow seabed sediments. Some species can grow to 1.5 meters long.

Acorn worms usually feed by burrowing into the substrate. But when Rouse encountered his first Y. demiankoopi,2 the 15 centimeter-long worm was draped on rocks, he says, “being dusted by debris from the surface.” As described in the Invertebrate Biology article announcing Y. demiankoopi’s existence, they use those wide lips to gather detritus which they process in a “strikingly sinuous” intestine.3 The intestines of Rouse’s worms were positively packed, suggesting a habit of “infrequent defecation events” that set them apart from other acorn worms, who stream a continuous fecal trail.

Most unexpected of all, though, was that study co-author Nicholas Holland found Y. demiankoopi to be a hermaphrodite, possessing both male and female sex organs—and in abundance, with “hundreds of testes and hundreds of ovaries” in each specimen. Of the 111 known acorn worm species, only two—Y. demiankoopi and the other deep-sea-dwelling member of their genus, Yoda purpurata4—are hermaphrodites. What’s more, in some Y. demiankoopi individuals, testes were in high production while their ovaries were relatively dormant; in others the opposite was true. This suggests, say the researchers, that Y. demiankoopi is a “sequential hermaphrodite,” alternating between male and female over the course of their lives.

This is not unprecedented, especially under the sea: In some harem-dwelling creatures, sex changes according to an individual’s position within their social hierarchy. In a group of clownfish, the top-ranking male turns female; among wrasse, the top female turns male. As J. Matthew Hoch, an evolutionary biologist at Nova Southeastern University, explains it, this is conventionally explained by the “size advantage model,” in which—depending on the sex ratio of others in the group—an individual switches to whichever sex will net them more offspring. That is not what seems to be happening with Y. demiankoopi, though. They don’t have much of a social life at all, with individuals typically separated by distances of tens to hundreds of meters.

Most sea creatures in that situation reproduce by broadcast spawning: sending eggs or sperm into the water column, where fertilization occurs externally, so individuals need not be near each other to mate. Acorn worms, however, live far enough apart that broadcast spawning would fail, so they likely depend on pairwise encounters. Given such infrequent meetings, an evolutionarily sensible adaptation would be simultaneous hermaphroditism, in which an individual is both sexes at once: That way there’s no chance of meeting a sexually incompatible partner. Such a strategy has evolved in flatworms, for example, who duel with their penises upon meeting. Whoever is slower on the draw winds up impregnated and goes off to raise the eggs.

At least if two Y. demiankoopi meet but happen to be the same sex, they can wait until one changes sex, at which point fertilization can proceed. But that strategy is less efficient than if they were capable of mating right away. Rouse and colleagues called it a “paradox.” Hoch offers a possible resolution: Because the worms have both sets of sex organs in their bodies, with one set or the other more fully expressed at a given moment, Hoch suggests we might usefully think of them as “bidirectionally” hermaphroditic.

In some harem-dwelling creatures, sex changes according to an individual’s position within their social hierarchy.

In his studies on barnacle mating strategies, Hoch raised bidirectionally hermaphroditic barnacles in groups of different sizes and sex ratios, then transplanted them into new groups. The transplants produced fewer offspring than they had in their original groups. In other words, their allocations of testes and ovaries—their capacity to produce sperm or eggs—had been calibrated according to local demands. “It’s a passive or unconscious behavior,” Hoch explains. “They’re receiving some kind of environmental information, and that environmental information alters their physiology.”

Could this be the case for Y. demiankoopi? The particulars of their mating will have to remain somewhat private for now. Though new technologies have allowed scientists to visit once-inaccessible areas, the specimens they gather are still akin to snapshots rather than the sustained observations necessary to truly get to the bottom of these worms’ sex lives.

What’s fair to assume, says Hoch, is that Y. demiankoopi evolved hermaphroditism for the same reason so many other marine creatures have: sexual access. Though hermaphroditism might seem unusual to us, that says more about the human tendency to make classifications, especially when it comes to sex, than it does about Y. demiankoopi’s choices. And so they will continue to conduct their sex lives in the frigid abyss, pooping only infrequently, and moving as little as possible the rest of the time. They’ve done so for millions of years, far from human affairs or even human witnesses—at least until an ROV came by and vacuumed Yoda up to be sequenced and sexed and placed into that most human of creations, the Tree of Life.

2. The team named Yoda demiankoopi in honor of a young colleague, Dr. Demian Koop, who died unexpectedly from a heart abnormality.

4. Yoda purpurata was found first, and was so named because they resembled the little green Jedi. In their article in Invertebrate Biology, Rouse and colleagues note (somewhat mournfully) that although they followed naming conventions for the genus, Y. demiankoopi does “not particularly resemble the Star Wars character named Yoda.”