How the demotion of Homo sapiens led to environmental destruction. 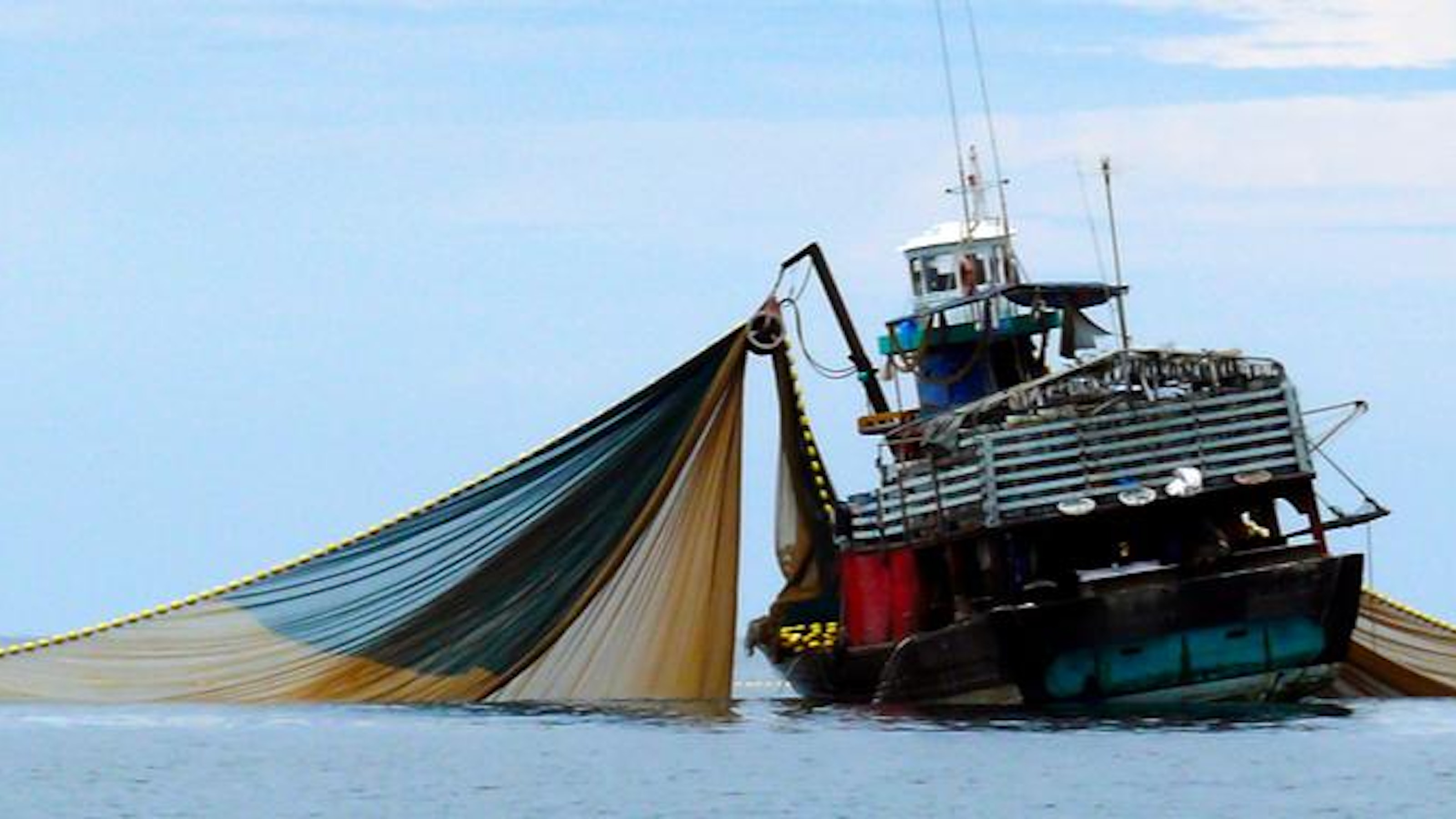 Since its publication in 1859, Darwin’s On the Origin of Species has been read as a blow to the hubris of Homo sapiens. We aren’t God’s final and most perfect creation, after all, but merely one more product of the same evolutionary process that gave rise to apes, lampreys, and limpets. In his eulogy to Darwin, delivered in 1882, the German physiologist Emil du Bois-Reymond put it concisely: “Darwin seems to me to be the Copernicus of the organic world.” Just as Copernicus had displaced man from the center of celestial orbits, Darwin had toppled him from the pinnacle of “animated beings.” Du Bois-Reymond’s analogy gained broad intellectual currency, and in fact it is often misattributed to Sigmund Freud, who appropriated it with just a wee bit of vainglory, adding psychoanalysis as “the third and most bitter blow” to humanity’s “naive self-love.”

Just for the record, since I am about to indict him: He is among my heroes.

If the idea that Darwin humbled us has become canonical, what is less often observed is the fact that the newfound humility was, in certain important respects, misleading—and dangerously so. In the latter half of the 19th century, when small-scale artisanal methods were giving way to larger-scale industrialization in many areas of resource extraction and use, Homo sapiens was not, in fact, just another species, an organism like any other. To the contrary, H. sapiens was just embarking on a period of more sudden environmental transformation than any single species had ever achieved. Homo sapiens was, in fact, quite special.

It was a consequential error to think otherwise. In one important area of resource extraction—marine fisheries—we can trace the ramifications of Darwinian humility as it blinded powerful people to the unique and cataclysmic scale of their ecological impact.

Thomas Henry Huxley was a dear friend of Darwin’s, a truly great zoologist in his own right, and the most important popular spokesperson on behalf of Darwin’s ideas. Just for the record, since I am about to indict him: He is among my heroes.

From innumerable passages in Huxley’s published writings and public speeches (which were transcribed and sold as pirated pamphlets by enterprising members of the crowd), it is clear that he viewed Darwin’s theory as a broad argument against human pomposity, in favor of greater modesty. The very title of Huxley’s magnum opus, published four years after Origin, points to a new perspective on the position of Homo sapiens in relation to the rest of the natural world: The book is called Man’s Place in Nature. It is rare that a preposition is the most loaded and meaningful word in a book’s title.

Huxley’s fateful inclination was to view human beings as he would any other species.

As a zoologist, Huxley contributed enormously to understanding the evolution of the primates, an order that Linnaeus himself had selected as the correct phylogenetic home for Homo sapiens. Compared with many other orders, the primates were rather easy to arrange on their evolutionary tree, thanks to well-preserved fossils, as well as relatively small yet well-defined gradations between living forms. This abundance of evidence allowed zoologists to include, in one great branch of the mammalian phylogeny, a wide range of species, extending from a lemur that looked a lot like a primeval shrew all the way over to Homo sapiens. Perceiving the philosophical implications of this speciose bough, Huxley wrote:

Perhaps no order of mammals presents us with so extraordinary a series of gradations as this—leading us insensibly from the crown and summit of the animal creation down to creatures, from which there is but a step, as it seems, to the lowest, smallest, and least intelligent of the placental Mammalia. It is as if nature herself had foreseen the arrogance of man, and with Roman severity had provided that his intellect, by its very triumphs, should call into prominence the slaves, admonishing the conqueror that he is but dust.

The year these words were published, 1863, Huxley was appointed by the British government to be one of three royal commissioners investigating the state of marine fisheries. The commission had been formed to resolve a dispute between artisanal fishermen, who used hooks, lines, and crab pots, and trawlermen, who sailed larger ships, towing a net like a wide gullet, the lower jaw of which was a weighted cable that dragged along the sea floor. Over the previous two decades, the British trawling fleet had quadrupled in size, and artisanal fishermen thought the trawlers were not only extracting inordinate volumes of valuable fish, but also degrading the seafloor “garden” or “forest” that those fish relied on as habitat. Ship captains had been threatened, and their nets set ablaze.

Twenty years later Huxley would serve again on a royal commission, this one prompted by the advent of yet another revolutionary advance in fishing technology, the steam trawl. Where before trawlers had traveled under sail and hauled their nets by manpower, now the steam engine enabled ships to swiftly and efficiently traverse every patch of seabed, and winches were turned with unprecedented ease and speed. Again the main objection to the new technology was that it destroyed the seafloor ecosystem. John Murray, an English fisherman, explained it during his testimony: Before the trawlers had arrived, “the ground abounded with small shellfish … Now the ground is cleaned of this sort of shellfish by trawling, and now we have no large fish because their food is all taken away.”

In both inquiries, Huxley’s fateful inclination was to view human beings as he would any other species. Darwin, Huxley, and other naturalists had by this time understood the basics of natural population dynamics: As a prey species becomes scarce, the intensity of predation follows in decline. Elegantly, each regulates the other, and they may oscillate stably around an equilibrium. Huxley simply applied this insight to humans. “Any tendency to overfishing,” he wrote, “will meet with its natural check in the diminution of the supply … this check will always come into operation long before anything like permanent exhaustion has occurred.”

That phrase—natural check—is one that Darwin had borrowed from Thomas Malthus, who had been thinking about human populations. Now Huxley was borrowing it back, taking ecological insights about other species and applying them to humans.

Huxley’s influence is evident in the final reports from both commissions. His understanding of natural population regulation, for example, is reflected in the 1863 report:

If any trawling ground be over-fished, the trawlers themselves will be the first persons to feel the evil effect of their own acts. Fish will become scarcer, and the produce of a day’s work will diminish until it is no longer remunerative. When this takes place (and it will take place long before the extinction of the fish) trawling in this locality will cease, and the fish will be left undisturbed, until their great powers of multiplication have made good their losses, and the ground again becomes profitable to the trawler.

Then comes the commission’s startling recommendation: “We advise that all Acts of Parliament which profess to regulate, or restrict, the modes of fishing in the open sea be repealed; and that unrestricted freedom of fishing be permitted hereafter.”

Tragically, Huxley had taken Darwin’s great humbling of Homo sapiens a step too far. After all, a cod, when it is running short of prey, cannot suddenly double the width of its mouth, triple the speed at which it hunts, and venture deeper than any cod has ever gone before. Yet this is just what the trawler fleet could do. Steady increases in fishing capacity—larger nets, bigger ships that voyaged farther out to sea, new technologies for scraping the seabed—compensated for and thus largely masked precipitous declines in the abundance of fish.

By the turn of the century, however, it was undeniable: The effort required to catch a certain quantity of fish had multiplied by many times. Every accessible square meter of the North Sea was being hit approximately twice per year by a trawl. Unlike the species he was fishing for, Homo sapiens had driven his prey so hard that—contrary to Huxley’s humbled intuition—they would never bounce back. The ecosystem had been permanently transformed. By one species alone.

There is an inescapable and sad irony here. In its conception of humanity’s relationship to other species, the Biblical account of the natural world, which Huxley had spent his career refuting and replacing with the new theory offered by Darwin, was in fact closer to reflecting accurately the new reality of industrialized civilization. According to Genesis, man held dominion over the rest of Creation. He was not at all just another species. He was distinctly more God-like. Under that view, it would not have been hard to imagine that humanity would one day bring even Leviathan to its knees, be they figurative or vestigial. It might have been wise for Huxley to hold on to one particular element of the Biblical account—its recognition of human dominion.

Or perhaps Huxley could have avoided his fateful error in another way: not by retaining an element of the old worldview, but by venturing further into the new, onward into a more thorough mortification of Homo sapiens. It is interesting to note that even Huxley had not taken the demotion of man to completion. Even as he argued that man ought to be humbled by his connection to the lemur, he placed man at the summit, the lemur on the lowly plain. The king might be reminded by the slave that he is but dust, but he is still the king. If Huxley had taken Darwinian humbling further, perhaps he might have wondered whether humanity was entitled to its sweeping extractive project. Or perhaps it would have occurred to him that the remarkable evolutionary trajectory of Homo sapiens, like those of several other species he had come across in the fossil record, might have rendered him vulnerable to extinction.

In view of the books Huxley read and the museums he worked in, we can be sure he was familiar with fossils of the Irish Elk, a species that labored under uniquely immense antlers until it fell into extinction around 8,000 years ago. In an odd coincidence, Thomas Henry Huxley’s grandson, Julian Huxley, did his most important work in an effort to demonstrate that the antlers were not terribly out of proportion with the Elk’s body. More recent research, however, suggests that sexual selection drove the evolutionary enlargement of the Elk’s antlers, which subsequently taxed the species’ energetic budget to such an extent that it became vulnerable to extinction. Perhaps, if Huxley had taken his humbling of man farther, he would have seen that evolutionary super-sizing of certain cephalic structures, whether antlers or brains, might prove dangerous in the long run.