The Islamic View of the Multiverse

In their faith, Muslim cosmologists find a guide to their scientific model-building. 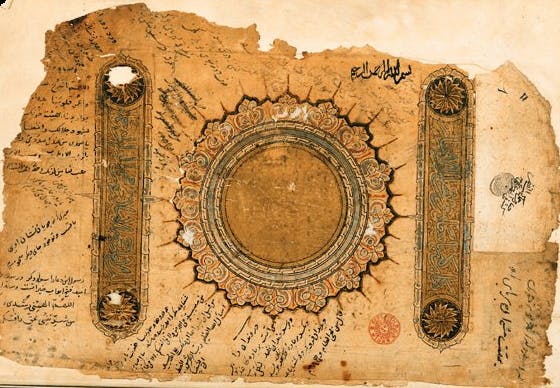 It wasn’t Einstein or even astronomer Edwin Hubble who came up with the Big Bang theory, but Georges Lemaître, a Belgian astrophysicist and Roman Catholic priest. Whereas Einstein and most of his contemporaries assumed the universe was static and eternal, Lemaître derived new solutions to Einstein’s relativity theory that indicated an expanding universe. Imagining what must have set the expansion in motion, he developed his evocative image of “the Cosmic Egg exploding at the moment of the creation.” With his theory, Lemaître brought a millennia-old philosophical question—whether the universe is eternal or finite—into the domain of empirical science.

To Jamal Mimouni, an astrophysicist at Algeria’s Mentouri University, Lemaître’s work is a demonstration of the value a religious worldview offers in tackling such questions. “Although Lemaître always stated that he kept his beliefs and science separate, his faith might have inspired him to consider ideas that others didn’t,” he says. “Many others were blinded by their adherence to the philosophy that the universe is eternal, but he didn’t have that problem.” By providing a diversity of viewpoints, researchers with an explicitly religious perspective can help push cosmology in new directions.

The multiverse attracts adherents because of its philosophical appeal, not its scientific rigor.

At the boundaries of our knowledge, where physics meets metaphysics, lie questions which are beyond scientific reach, at least for the moment. As cosmologists push at these boundaries, they derive answers, consciously or unconsciously, from philosophical preferences. Mimouni and other devout Muslim scientists find that the need to articulate metaphysical presumptions is often more apparent to them than to their colleagues. “In my view, the only problem with modern cosmology is that some cosmologists consider their findings final and make claims in the name of science, when these are actually metaphysical claims,” says Mehdi Golshani, a theoretical physicist and philosopher at Iran’s Sharif University of Technology in Tehran, the country’s leading research university. “The problem of creation is not a matter of physics alone.” Addressing the leading scientific questions of our age calls for a profound understanding not only of the science, but also of the philosophy of science, whether rooted in a theistic or a secular personal ideology.

Golshani has sought such understanding from an early age. “When I was in high school, one of my teachers encouraged me to study Arabic and Islamic jurisprudence and Islamic philosophy outside of school,” he recalls. He studied physics at Tehran University and later at the University of California, Berkeley, and in 1995 he established Iran’s first philosophy of science department at Sharif.

An area where cosmology intersects with philosophy is the suitability of the universe for life, a fact which we now think is an overwhelmingly unlikely coincidence. Small changes to any of a number of fundamental physical constants would have resulted in a radically different universe, presumably inhospitable to life as we know it. This apparent coincidence led to the formulation of the anthropic principle, which, in its most general form, simply notes that the values of physical parameters should be compatible with carbon-based life; stronger forms elevate this observation to a necessary condition for the universe, akin to the classical design argument.

Faced with the prospect of a universe seemingly designed to support life, many strict materialists have turned to multiverse theories. Multiple universes are predicted by a variety of physical theories, including certain inflationary universe models, the many-worlds interpretation of quantum mechanics, and string theory. With countless universes of diverse composition, the remarkable coincidence dissolves into a selection bias. Rather than living in a universe finely tuned to produce us, we simply evolved in an appropriately tuned universe, while many sterile universes litter the multiverse.

Although multiverse theories may explain the universe’s suitability for life, the idea lacks empirical support and is arguably motivated by metaphysical discomfort with the alternatives. “Scientists who defend this hypothesis, and who at present represent a majority in the community, do it as much on the basis of a philosophical rejection of the anthropic principle as on the basis of some cosmological principles which lend it support,” wrote astrophysicist Nidhal Guessoum of the American University of Sharjah in his recent book Islam’s Quantum Question. Located at the seam of physics and metaphysics, multiverse hypotheses attract adherents because of their philosophical appeal, not their scientific rigor.

From the Muslim perspective, cosmological fine-tuning isn’t a problem.

From a broader perspective, the multiverse is one of several possible explanations, each with its own advantages and disadvantages. While the idea of a multiverse is also compatible with an Islamic worldview, many Muslims find a theological interpretation of fine-tuning more compelling. To them the remarkable coincidence is just another facet of the argument from design, which has a long pedigree in Islamic thought. The ninth-century philosopher Al-Kindi was the first Muslim thinker to formulate the argument, while Ibn Rushd’s Kitab al-Kashf, written in the 12th century, put it forth in nearly the same form that would be used by William Paley six centuries later.

From the Muslim perspective, fine-tuning isn’t a problem, but rather an example of the beauty and order of the cosmos. Multiverse proposals seem to willfully undermine this beauty, positing a plethora of universes to account for the observed characteristics of our universe. To Mimouni, the idea is also unscientific. “From an ontological point of view, it’s a catastrophe, because you’re proposing things you can never observe, universes that are causally disconnected from our universe,” he says. “In fact, it’s against the philosophy of science as we understand it because it talks about entities that can never be studied or have their existence proven.”

Mimouni raises similar objections to scientific explanations of creation from nothing. In the 1970s and ’80s, cosmologists such as Edward Tryon and Alex Vilenkin suggested that the universe may have come into existence because of a quantum fluctuation, but Mimouni argues that these models are based on a misapplication of quantum mechanics to a domain beyond its scope. More importantly, physical theories of creation ex nihilo are not strictly ex nihilo because the laws of nature are assumed to precede the universe. “If you say ‘from nothing’ but that doesn’t include the laws of the universe, then that’s not really ‘nothing’,” he says. “It’s deeply philosophically and scientifically problematic. Basically, it’s an attempt to make a kun fayakun [the Islamic fiat lux] without a deity.”

Basil Altaie, an Iraqi physicist and philosopher at Yarmouk University in Jordan, goes one step further, seeing the Qur’an as a guide for scientific inquiries. Uncomfortable with the contradiction between the prevalent idea of an ever-expanding universe and Qur’anic eschatology, which describes the heavens being rolled up like a scroll, he has reworked solutions to Einstein’s equations starting with different assumptions. “We found a possibility for a flat universe to go through a collapse phase, a Big Crunch, before bouncing back to a new creation,” he says. Such a fate would be consistent with Qur’anic verses.

Altaie has also drawn on Islamic thought to address the notoriously contentious issue of interpreting quantum mechanics. According to a principle championed by the 11th-century Muslim theologian Al-Ghazali, the world is re-created every instant in a continuous act of divine intervention. To Altaie, continuous re-creation offers a novel interpretation of quantum mechanics. The moment-by-moment re-creation can unpredictably alter the values of physical parameters such as position and momentum, thus explaining both quantum indeterminism and uncertainty. Unlike most interpretations of quantum mechanics, Altaie’s makes a testable prediction: that gravitational time dilation described by general relativity would reduce the frequency of re-creation, so macroscopic quantum states should be detectable in strong gravitational fields, such as near the event horizon of a black hole.

Although some might deny it, all scientists approach research with their own preconceptions guiding the questions they ask and the interpretations they construct. As cosmology tackles ever-grander questions, a broader perspective can be found by informed dialogue between researchers with theistic and secular viewpoints. “Any question can be resolved in different ways, starting from different perspectives and explaining the same data,” says Mimouni, echoing the arguments of Ibn Rushd. “Experiments are the ultimate test, but they don’t show that a given perspective is the only valid one, just that it’s just one way of reaching the truth. We cannot exhaust all the possible ways of explaining something.”

Lead image: Cover of the Alchemy of Happiness by 11th-century Muslim theologian Al-Ghazali.