The Math That’s Too Difficult for Physics

How do physicists reconstruct what really happened in a particle collision? Through calculations that are so challenging that, in some cases, they simply can’t be done. Yet. 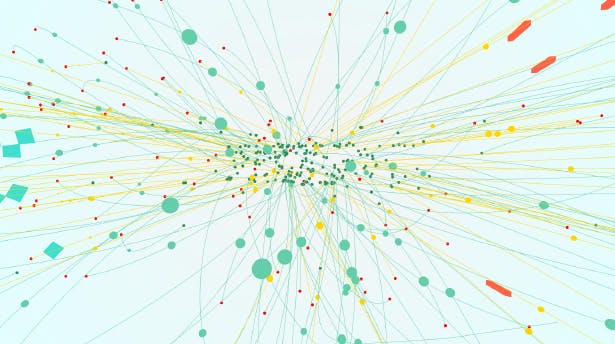 It’s one thing to smash protons together. It’s another to make scientific sense of the debris that’s left behind.

This is the situation at CERN, the laboratory that houses the Large Hadron Collider, the largest and most powerful particle accelerator in the world. In order to understand all the data produced by the collisions there, experimental physicists and theoretical physicists engage in a continual back and forth. Experimentalists come up with increasingly intricate experimental goals, such as measuring the precise properties of the Higgs boson. Ambitious goals tend to require elaborate theoretical calculations, which the theorists are responsible for. The experimental physicists’ “wish list is always too full of many complicated processes,” said Pierpaolo Mastrolia, a theoretical physicist at the University of Padua in Italy. “Therefore we identify some processes that can be computed in a reasonable amount of time.”

By “processes,” Mastrolia is referring to the chain of events that unfolds after particles collide. For example, a pair of gluons might combine through a series of intermediate steps—particles morphing into other particles—to form a Higgs boson, which then decays into still more particles. In general, physicists prefer to study processes involving larger numbers of particles, since the added complexity assists in searches for physical effects that aren’t described by today’s best theories. But each additional particle requires more math.

To do this math, physicists use a tool called a Feynman diagram, which is essentially an accounting device that has the look of a stick-figure drawing: Particles are represented by lines that collide at vertices to produce new particles. Physicists then take the integral of every possible path an experiment could follow from beginning to end and add those integrals together. As the number of possible paths goes up, the number of integrals that theorists must compute—and the difficulty of calculating each individual integral—rises precipitously.

When deciding on the kinds of collisions they want to study, physicists have two main choices to make. First, they decide on the number of particles they want to consider in the initial state (coming in) and the final state (going out). In most experiments, it’s two incoming particles and anywhere from one to a dozen outgoing particles (referred to as “legs” of the Feynman diagram). Then they decide on the number of “loops” they’ll take into account. Loops represent all the intermediate collisions that could take place between the initial and final states. Adding more loops increases the precision of the measurement. They also significantly add to the burden of calculating Feynman diagrams. Generally speaking, there’s a trade-off between loops and legs: If you want to take into account more loops, you need to consider fewer legs. If you want to consider more legs, you’re limited to just a few loops.

“If you go to two loops, the largest number [of legs] going out is two. People are pushing toward three particles going out at two loops—that’s the boundary that’s really beyond the state of the art,” said Gavin Salam, a theoretical physicist at CERN.

Physicists already have the tools to calculate probabilities for tree-level (zero loop) and one-loop diagrams featuring any number of particles going in and out. But accounting for more loops than that is still a major challenge and could ultimately be a limiting factor in the discoveries that can be achieved at the LHC.

“Once we discover a particle and want to determine its properties, its spin, mass, angular momentum or couplings with other particles, then higher-order calculations” with loops become necessary, said Mastrolia.

And that’s why many are excited about the emerging connections between Feynman diagrams and number theory that I describe in the recent article “Strange Numbers Found in Particle Collisions.” If mathematicians and physicists can identify patterns in the values generated from diagrams of two or more loops, their calculations would become much simpler—and experimentalists would have the mathematics they need to study the kinds of collisions they’re most interested in.