The Most-Magnetic Objects in the Universe Attract New Controversy

How do magnetars get so magnetic? A study of stellar explosions shows that the long-accepted theory might be wrong. 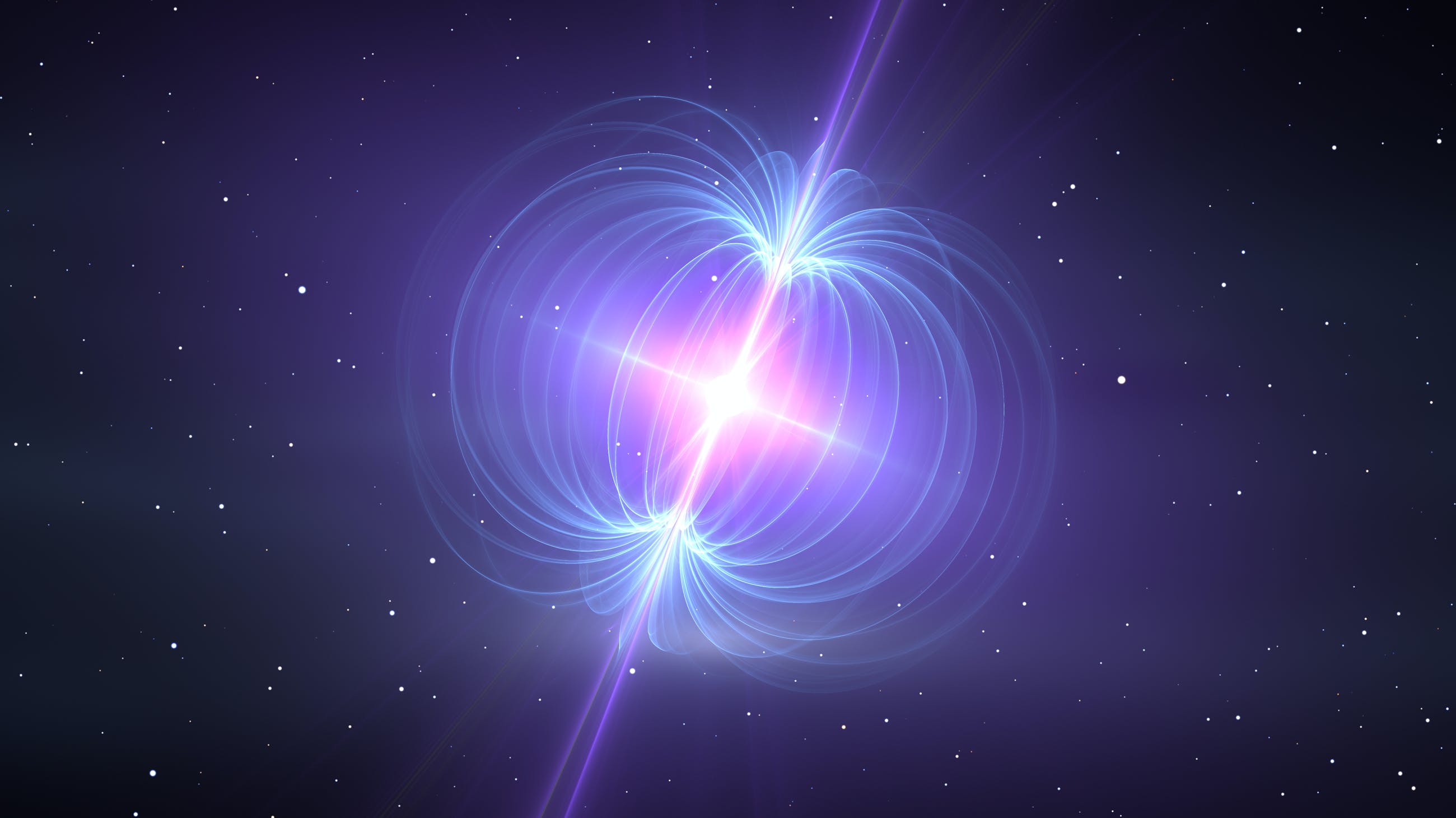 Magnetars have long been an astrophysical mystery. These compact hunks of nuclear matter—the ultradense remnants of supermassive stars—generate the most extreme magnetic fields in the universe. Researchers have debated exactly how these magnetic fields come about. But a new study of the explosions that gave rise to magnetars suggests that a long-favored theory might not hold up.

The idea of a magnetar dates back to the early 1990s, when the possibility was explored by astronomers who studied the death of stars. Large stars—those larger than around eight times the mass of the sun—will end their lives in a supernova. These enormous explosions cast out the star’s outer layers in the form of a supernova remnant, leaving behind the dead core of a neutron star.

But not all neutron stars are alike. Some are nondescript. Others, called pulsars, have strong magnetic fields and sport intense beams of light that sweep across space. And some have magnetic fields many times stronger than the norm—quadrillions of times the strength of the sun’s magnetic field. These highly magnetized pulsars, which emit unpredictable bursts of X-rays and gamma rays, are magnetars.

Astronomers originally thought that magnetars acquire their magnetic fields during the course of a supernova. If, when a neutron star first forms, it begins to rotate very fast—as fast as 1,000 revolutions per second—it may trigger turbulent internal motions that amplify its magnetic field in a so-called dynamo effect.

Other mechanisms were proposed over the years as well, but the dynamo model remained the most popular. Then in 2006, Jacco Vink, an astrophysicist now at the University of Amsterdam, compared explosions that gave rise to magnetars with those that give rise to ordinary neutron stars. The dynamo model predicts a more energetic explosion than a typical supernova, but Vink found that the explosions were on a similar scale. The findings came as a surprise to some scientists.

“When I wrote in 2006 this paper, most people only thought about the dynamo model,” Vink said, “because this is how the magnetar idea came about.”

But if the dynamo isn’t the cause, how might a magnetar form? The other leading idea starts with the fact that not all ordinary stars have the same magnetic field strength. Perhaps magnetars are simply the final product of stars with particularly strong fields. Astrophysicists call this the “fossil field” model—a magnetar’s magnetic field is a remnant, or fossil, of the original star’s field. “They’re both reasonable ideas,” said Victoria Kaspi, an astrophysicist at McGill University who studies neutron stars, “but we don’t know which is right.”

A recent study by Ping Zhou, an astrophysicist at the University of Amsterdam, together with Vink and their colleagues, attempts to nail down the differences by analyzing the remnants of the supernovas that originally gave rise to the magnetars.

If an extra-magnetic massive star collapses, its supernova should appear similar to an ordinary supernova. But magnetars created through the dynamo effect should come from extra-massive stars. These jumbo stars would create supernova remnants that have unique elemental signatures.

Zhou, Vink and their colleagues started with the 10 supernova remnants that are known to house a magnetar. They then examined the three that emitted enough X-ray radiation to make possible the detailed analysis they wanted to do. The team split each of the supernova remnants into chunks—smaller chunks in bright areas with lots of emission, to maximize the detail that could be gained from it, and larger chunks in fainter areas.

For each chunk, the team extracted information about the elemental composition of the gases there, creating a more accurate picture of the supernova remnant’s composition than if they had averaged over the whole. They estimated that the supernovas came from stars between 10 and 20 times the mass of the sun—which means they were less massive than what’s needed to give birth to dynamo-powered magnetars.

The team also found that the supernova energy was similar to that of typical supernovas and not higher, as it would have been if the magnetars had been created through the dynamo model.

“I think the authors have told a very good story, a very complete story that is in favor of the fossil field origin,” said Hao Tong, an astrophysicist at Guangzhou University who was not involved in the study.

Though the evidence doesn’t look good for the dynamo model, researchers caution that the question remains unsettled. Zhou noted that while the team’s findings support the fossil field model over the dynamo model, they don’t necessarily exclude the dynamo model. Sample size is another challenge, since astronomers know of only 10 magnetars with supernova remnants, and only three are bright enough to study in detail.

Even if researchers eventually do settle on the fossil field model, the picture won’t be complete. The magnetar question will be replaced by another: Why do some ordinary stars have extremely high magnetic fields? Among researchers who study this question, a similar debate persists. Some think a dynamo is at work, others attribute the phenomenon to the spin of the clouds of gases that formed the stars themselves. In the high-energy universe, it’s magnetic fields all the way down.