The Primordial Fertility of Rock 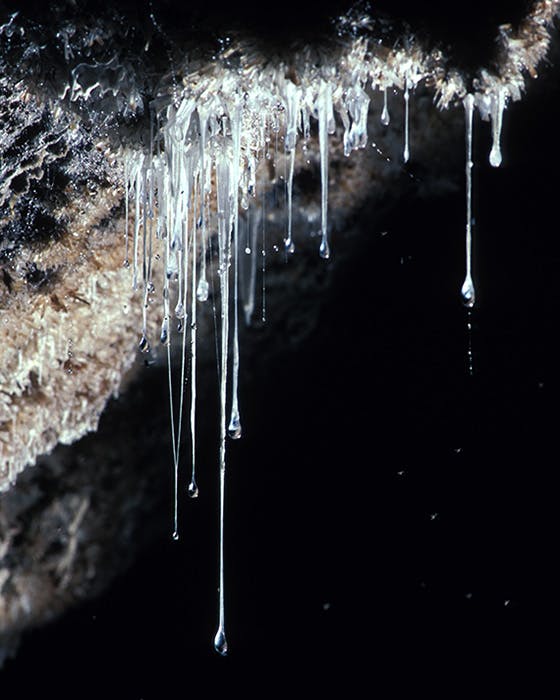 Where I grew up in California, kids gravitated to either the coast or the mountains. I was a water boy: From exploring tide pools as a child, I went on to study marine biology, and later, genetics. Rock could be majestic, but it was inert. I was drawn to life. Years later, as a professor and historian of genetics, my view hadn’t changed much. I was fascinated by the origins of life, but imagined that it emerged from a sterile primordial sea a billion or more years after the Earth’s formation. Somehow the ancestors of genes and proteins coalesced and became coated in a membrane, formed cells, populated the ocean, and then evolved into yeast, redwoods, and whales. In my universe, biology and geology were separate subjects, housed in different buildings on campus.

A year ago, my views about life and rocks began to evolve, thanks to a fellowship sponsored by NASA’s astrobiology program and the Library of Congress. Astrobiology encompasses the study of the origin of life on Earth—so far, the only place where we know life emerged. I was studying how origin-of-life research had developed in recent decades. The days tumbled by as I explored the library’s collections, traveled to visit with scientists, and wrote. After work, my wife and I would go rock-climbing indoors at a local gym. It wasn’t about real rocks: Climbing, at first, was simply a brainy, challenging workout that didn’t leave me bored.

Over the course of the year, my understanding of rock and my relationship to it metamorphosed. The scientific and the personal converged on an understanding of how rocks and life are deeply intertwined.

Once it was thought that a pile of rags could produce mice or that a flask of sterile broth could produce microbes. But that debate was settled in the 19th century. “Omnes cellula e cellula,” wrote the physiologist Rudolf Virchow–all cells come from cells. But whence cells? The first life on Earth must have arisen from energy and inanimate matter.

In a classic set of papers published in the early 2000s, Bill Martin and Michael Russell developed a model of how life could have emerged from hydrothermal vents on the ocean floor. To learn more firsthand, I visited Russell at his lab at the Jet Propulsion Laboratory in Pasadena and Martin at his lab at the University of Düsseldorf.

In the brittle sunshine of the California winter, Russell explained to me how simple compounds formed in the vents’ chimneys. They can act as catalysts for reactions that capture carbon from CO2 and use it to build increasingly complex molecules. The chimney wall separates warm, alkaline hydrothermal fluid from cool, slightly acidic seawater, creating a battery that powers the reactions.

Astonishingly, the same metal sulfides found in warm, alkaline vents lie at the core of life’s oldest metabolic pathways–chains of reactions that drive the conversion of food into energy in animals and of energy into food in plants. These reactions are capable of producing the precursors of genes, proteins, sugars, and lipids. An iron atom sits at the heart of the hemoglobin that oxygenates our tissues. The flow of sodium, chloride, and calcium permit the twitch of a nerve. The coincidence is uncanny.

The vents might have also helped shape early life in a literal sense. In Düsseldorf, Martin showed me the original ink drawings of the figures he made for his papers with Russell, including renderings of the tiny pores of the vent’s rock. In their model, these pores were like molds for the first cells: Within their rocky confines, biochemistry and genetics got started. They produced membranous lipids that clung to the pore walls, encapsulating the molecular machinery. Now self-contained, the cells budded off and broke free.

From plastic holds in the gym, I ventured outdoors to real rock. I made the pilgrimage to Yosemite, whose soaring granite walls are coarse and spotless. Its sheer, inscrutable faces are more likely to take a life than give it. Save for glacier-split cracks that can be hundreds of feet long, the holds are mainly bumps and divots, gradations in texture where you can get a purchase. Spidermanned against sun-hot rock, I hung on by my fingertips.

Not everyone up there was struggling, it turns out. While I was clinging 80 feet above the ground, microbes were eating granite for lunch, breaking down compounds such as carbonates and extracting their energy.

The first life forms no longer exist, but their lineages do in the form of microbes that you can observe in places such as the geothermal pools of Yellowstone National Park. Every summer, Everett Shock, a NASA-funded geochemist at Arizona State University, and his team sample the life, minerals, and environment in some 60 pools around the park for clues about early evolution. Midway through my fellowship, he invited me to tag along.

Shock led me off the boardwalks that wind around the park’s tourist sites and into the backcountry. He read the ground like Sherlock Holmes, picking a safe path around the beautiful but deadly pools without weighting the crust of rock that covers underwater lakes of boiling sulfuric acid. The previous month, a young man had strayed from the boardwalks that keep tourists safe and fallen into a pool. There were no remains to recover.

Rocks and life are deeply intertwined.

We call the microbes in the pools “extremophiles,” but the term is egocentric. The early Earth’s atmosphere was full of ammonia and formaldehyde. The first life may have colonized hot, cold, salty, acidic, or alkaline environments, such as hydrothermal vents and geothermal pools. They gobbled energy from gases or minerals. Oxygen was a deadly poison. When photosynthesis was invented about 2 billion years ago, cyanobacteria flourished and staged what is known as the “Great Oxidation Event,” producing so much oxygen that it transformed the atmosphere and killed off most anaerobic life. It also paved the way for us. We are the extremophiles, living up here in this dry, oxygen-filled environment.

As we picked our way among pools of boiling sulfuric acid, Shock drew me close and pointed to small “streamers,” feathery agglomerations of microbes and minerals, waving in the current. No one knows why they form. They may be scaffolding that enables the microbes to catch nutrients, or a byproduct of microbial metabolism. But for some reason, the microbes build themselves a mineral habitat that, to a human looming overhead, becomes their distinguishing feature—like our cities seen from space.

We are only beginning to grasp the complexity of communities like these streamers. They are prompting biologists to rethink large tracts of evolutionary theory. Evolution occurs not only through descent but also through exchange of genes between neighbors. It may move laterally as much as vertically.

On the way to Yellowstone Park, my wife and I had stopped in Boulder, Colorado, to pick up my son. By then I had climbed California granite, Maryland shale, and Puerto Rico limestone. I was drawn to rock now. A blank peak seemed not sterile but alluring, fulgent with possibility. We could not leave Colorado without climbing one of the fabled crags of Boulder Canyon. One route began with 20 feet of seemingly sheer face. After falling, at last I dropped into the zone, my “rock head.” I began to sense where I could get a purchase. A dime-sized dimple became a solid hold. It is often easier to move left or right than up. Instead of clawing my way straight toward the top, I tacked across the rock, toward the nearest stable stance.

Toward the end of my fellowship, I spoke with Penelope Boston, the new director of the NASA Astrobiology Institute. A geologist by training, she rappels down mineshafts to explore vast systems of subterranean tunnels and their tiny, weird inhabitants.

Thousands of feet below the Earth’s surface, rock is crazed with networks of hairline cracks that are crammed with consortia of minuscule extremophiles, some 1,000 times smaller than the thickness of a human hair. Without light or air, the microbes ingest minerals such as iron, sulfur, and other metals, extract energy from them, and then excrete other minerals. Life and rock join, yielding mucousy “phlegm ball mats” and sulfuric acid “snottites.” Microbial mats can produce changes in the rock, detectable long after they are gone. These traces are like mineral graffiti tags, telling you, “Life was here.”

We are the extremophiles, living in this oxygen-filled environment.

Using boreholes to investigate, Boston has found life 2 miles down. But there is evidence that life can go deeper yet. Distinctive biosignatures have been found on 100-million-year-old rock, which when formed was 12 miles beneath the surface, near the interface between crust and mantle. High pressure may permit organisms to survive at much higher temperatures than we had imagined possible, far above water’s boiling point. Boston thinks that life may have emerged on Earth almost as soon as its crust had formed, roughly 4.5 billion years ago.

In Boston’s view, life doesn’t merely clothe our planet, it’s integral to it. This idea gives the oft-derided Gaia hypothesis a new and rigorous spin. Arguably, microbes are a property of rock. Rock is a property of us, too. Minerals in the form of electrolytes pass through us continuously, entering through our mouths and noses, flowing through our blood, leaving through our sweat, tears, snot, urine, and excrement.

My mental boundary between animal and mineral had eroded. Our sophisticated, carbon-based systems of metabolism, heredity, and sensitivity have minerals at their core. As they churn, minerals flow constantly through them. Rock and life interpenetrate.