The Reality of Color Is Perception

An argument for a new definition of color. 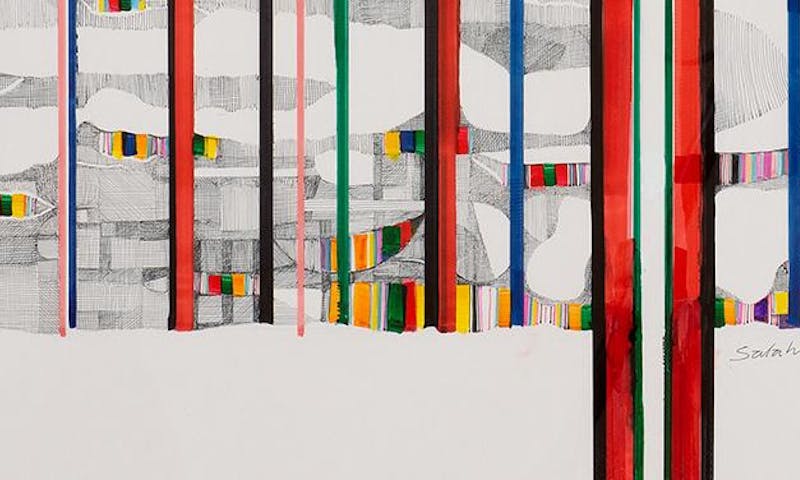 Philosophers have a bad reputation for casting unwarranted doubt on established facts. Little could be more certain than your belief that the cloudless sky, on a summer afternoon, is blue. Yet we may wonder in earnest, is it also blue for the birds who fly up there, who have different eyes from ours? And if you take an object that shares that color—like the flag of the United Nations—and place half in shadow and half in the full sun, one side will be a darker blue. You might ask, what is the real color of the flag? The appearances of colors are frequently changing with the light, and as we move the objects surrounding them. Does that mean that the actual colors change?

All these questions point us to the idea that colors are, despite first appearances, subjective and transitory. Color is one of the longstanding puzzles in philosophy, raising doubts about the truthfulness of our sensory grasp on things, and provoking concerns as to the metaphysical compatibility of scientific, perceptual, and common sense representations of the world. Most philosophers have argued that colors are either real or not real, physical or psychological. The greater challenge is to theorize the subtle way that color stands between our understanding of the physical and the psychological.

My response is to say that colors are not properties of objects (like the U.N. flag) or atmospheres (like the sky) but of perceptual processes—interactions which involve psychological subjects and physical objects. In my view, colors are not properties of things, they are ways that objects appear to us, and at the same time, ways that we perceive certain kinds of objects. This account of color opens up a perspective on the nature of consciousness itself.

The Puzzle of Color

For certain philosophers of the ancient world, Greece and India in particular, the variability of perceptual experience from one occasion to the next, and from person to person, raised the worry that the eyes are an unfaithful witness to the world around us. This is because such variability suggests that perceptual experience is as much determined by our own minds as it is by the things we view. Still, colors were not really a problem before the scientific revolution. Discussions of the philosophy of color normally begin their story in the 17th century, at the point at which Galileo, Descartes, Locke, or Newton tell us that sensory, “secondary” qualities—colors, tastes, smells, and sounds—do not belong to the physical world in the way we apparently see that they do.

In The Assayer of 1623, an early Bible of the scientific method and a manifesto for the use of mathematics in understanding the natural world, Galileo writes: “I do not believe that for exciting in us tastes, odours, and sounds there are required in external bodies anything but sizes, shapes, numbers, and slow or fast movement; and I think that if ears, tongues, and noses were taken away, shapes and numbers and motions would remain but not odours or tastes or sounds.”1

Modern science, as inherited from the 17th century, gives us a perspective on material objects that is radically different from our ordinary sensory one. Galileo tells us that the world contains “bodies” which have properties like size, shape, and movement, regardless of anyone perceiving them. By measuring and describing things in terms of those “primary” properties, science promises to give us knowledge of the objective world, the world as it is independently of the distortions of human perception. Science can explain how it is that the molecules released into the air by a sage plant could stimulate my nose, or how its petals could reflect light and appear blue-violet to my eye. But the scent and the color itself—the conscious, sensory experience of them—make no showing in that explanation.

Color is one of the longstanding puzzles in philosophy, raising doubts about the truthfulness of our sensory grasp on things.

The problem of color as we know it today is an ontological issue, a question about what there is in the universe. With the scientific worldview it becomes commonplace to say that the only properties of objects that are unquestionably real are the ones described in physical science. For Galileo they were sizes, shapes, quantities, and motions; for physicists today there are more intangible properties like electric charge. This excludes from fundamental ontology any qualitative properties, such as color, that are known to us only through our perceptual faculties. But once colors are excluded, how do we account for their manifest appearance as properties belonging to everyday objects? Either we say that our senses trick us into believing that external objects are colored, when colors do not in fact exist, or we try to find some account of colors that is compatible with a scientific ontology, locating them among material objects.

The view espoused by Galileo has come to be known as subjectivism or anti-realism. The concern is that color perception lands us with an erroneous view of the world and that humans fall victim to a systematic illusion in perceiving external objects as colored. In 1988, the philosopher C.L. Hardin reanimated the Galilean view with the landmark publication Color for Philosophers.2 His argument drew from the “opponent process theory” of psychologists Leo Hurvich and Dorothea Jameson, which explained color appearances in terms of the brain’s coding of the color signals that come in from the retina. Hardin’s case was that the most adequate account of color must be a neural one. In other words, colored objects are not part of extra-mental physical reality, but a construction or projection of the brain.

Other philosophers have taken up the challenge of finding a place in the material world for these mysterious chromatic qualities. This realism about color comes in many varieties. One proposal is to identify colors with some physical property of objects, like “spectral surface reflectance” (the disposition of surfaces to preferentially absorb and reflect light of different wavelengths). This goes furthest to conserve the common sense notion that colors belong to everyday items in the world, for instance, that the sky is simply and truly blue. The main difficulty is in squaring this with what we know about the subjective aspects of color, like the variability of color as perceivers and contexts change.

The problem with these realist and anti-realist proposals is that they each only focus on either the objective or subjective aspects of color. An alternative position can best be described as “relationist.” Colors are analyzed as perceiver-related, but nonetheless real properties of objects. The account is salient in 17th-century literature (notably John Locke’s Essay Concerning Human Understanding), encapsulated in the idea that colors are dispositions of objects to appear in a certain way. It is interesting that this relationist proposal fits in with some current ideas in the science of color perception. Vision scientists Rainer Mausfeld, Reinhard Niederée, and K. Dieter Heyer write that, “the concept of human color vision involves both a subjective component, as it refers to a perceptual phenomenon and an objective one … We take this subtle tension to be the essential ingredient of research on color perception.”3

Later in the same article they call this quality the “Janus-facedness” of color: Color points out to the world of objects, and at the same time it draws us inward to examine the perceptual subject. This is a common thread in scientific writing on color vision and it has always struck me that the Janus-facedness of color is its most beguiling quality.

Instead of treating color words as adjectives, we should treat them as adverbs. I eat hurriedly, walk gracelessly, and I see the sky bluely!

In an influential textbook, perceptual psychologist Stephen E. Palmer writes that color is not reducible to visual experience or properties of objects or lights; rather, Palmer writes, “Color is more accurately understood as the result of complex interactions between physical light in the environment and our visual nervous systems.”4

Indeed, I argue, colors are not properties of minds (visual experiences), objects or lights, but of perceptual processes—interactions that involve all three terms. According to this theory, which I call “color adverbialism,” colors are not properties of things, as they first appear. Instead, colors are ways that stimuli appear to certain kinds of individuals, and at the same time, ways that individuals perceive certain kinds of stimuli. The “adverbialism” comes in because colors are said to be properties of processes rather than things. So instead of treating color words as adjectives (which describe things), we should treat them as adverbs (which describe activities). I eat hurriedly, walk gracelessly, and on a fine day I see the sky bluely!

It is common for physicists to explain the blue appearance of the sky as due to “Rayleigh scattering,” the fact that short wavelengths of visible light are scattered more by the Earth’s atmosphere than longer ones, so that diffuse blue light comes to us from all regions of the sky when the sun is high and cloudless. But we should not be tempted to say the blue of the sky is simply a property of the scattered light. There is no blueness unless the light interacts with perceivers like us, who have photoreceptors that respond differently to short versus long wavelengths of light.

So, precisely speaking, the sky is not blue. We see it in a blue way.

Out of Our Heads

For the adverbialist, there is no color-in-the-object on the one hand, and color-in-the-mind on the other. Color is the property of a perceptual process. Because color cannot be reduced either to physics or to psychology, we are left with a blue sky that is not simply inner or outer but somehow in between.

This idea has implications for the understanding of conscious perceptual experience. We’re used to thinking of conscious experience as something like a series of sounds and images rolling past on an inner movie screen. This is the conception of our mental life that the philosopher Alva Noë wants to break away from. In his 2009 book Out of Our Heads, Noe claims that consciousness is not confined to the brain but is somehow “in between” the mind and our ordinary physical surroundings, and that consciousness must be understood in terms of activities.5 By themselves these ideas are quite perplexing. But taking the example of visual experience, color adverbialism is a way to make sense of consciousness being “out of our heads.” According to adverbialism, color experience comes about because of our interaction with the world, and would not exist without this exposure to our surroundings. Our inner mental lives are dependent on this outer context.

Ultimately, the philosophical tool of color adverbialism suggests a new way to get out of the traditional internalist conception of the mind, making vivid the bridge between our mental lives and the outer world.

Mazviita Chirimuuta is an assistant professor in history and philosophy of science at the University of Pittsburgh. Her book Outside Color has recently been published by MIT Press.