The Strange Case of Typhoid Mary

The infamous case of Typhoid Mary underscores the importance of tolerance in understanding disease. 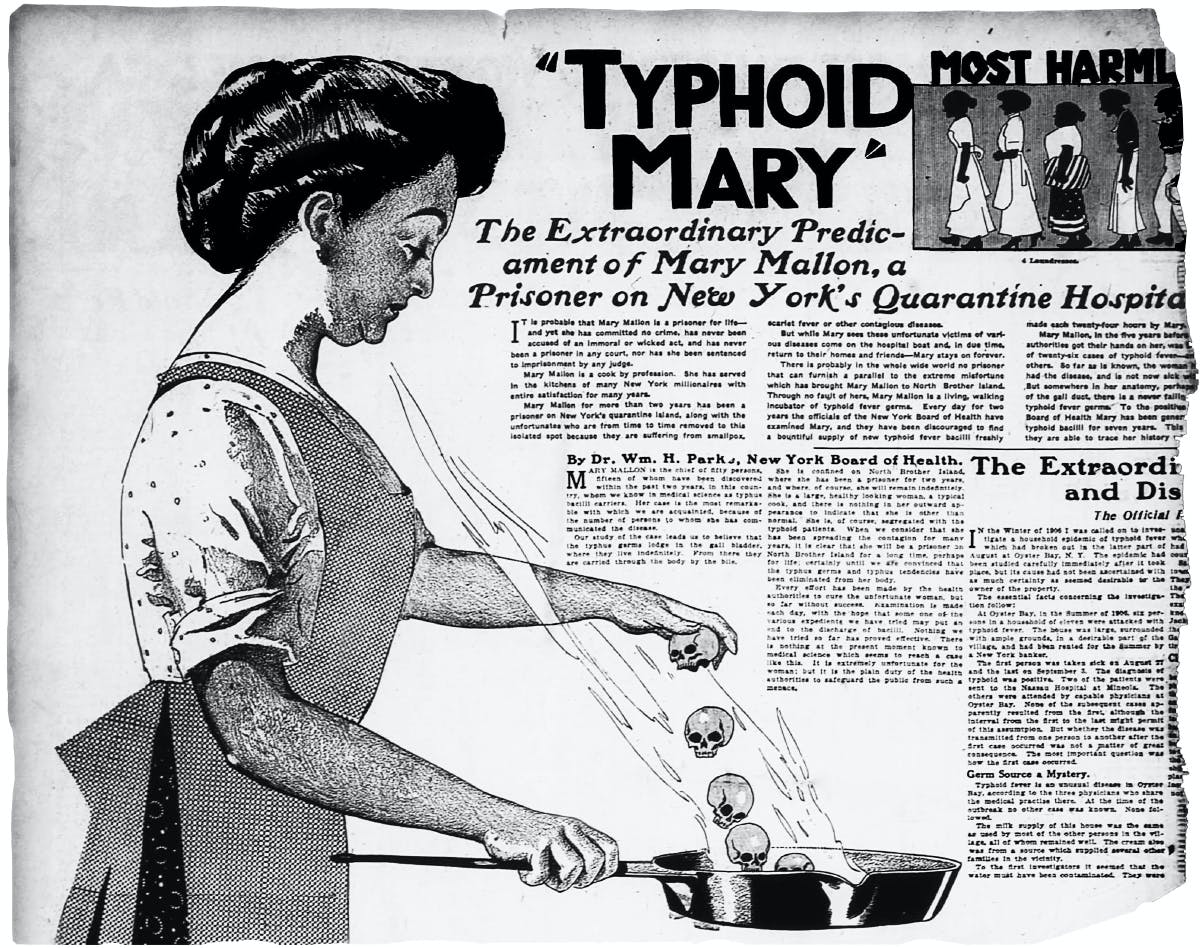 In the early 1900s, an Irish cook named Mary Mallon made the rounds in New York City, cooking for various wealthy families. She left a wave of infection in her wake. Scientists eventually discovered that she was a healthy carrier of typhoid fever, meaning that she carried the bacteria that causes typhoid but showed no outward symptoms. Mallon became immortalized as Typhoid Mary, a nickname that came to symbolize the spread of disease. “Typhoid Mary was a very tolerant host who unfortunately also shed tons of pathogen,” said David Schneider, an immunologist at Stanford University.

Given striking cases like Mallon’s, why did it take so long for immunologists to turn their attention to tolerance? When Mallon’s case came to light, the field of immunology was poised for a revolution. In 1928, Alexander Fleming discovered penicillin, the first true antibiotic. Along with the growing use of vaccines, these drugs would change the face of medicine, rendering previously deadly infections treatable or largely eradicating them altogether.

That sea change drove much of modern immunology research. Captivated by the overwhelming success of vaccination and antimicrobial drugs, immunologists focused on how the immune system recognizes foreign invaders. “We thought the only way to get rid of pathogens was through elimination, either by the immune system or with antimicrobial drugs,” said Miguel Soares, an immunologist at the Gulbenkian Institute of Science in Portugal. “We didn’t realize there is a second layer of protection, that cells and organs can adapt to pathogens without dysfunction.”

Plant scientists, on the other hand, have been studying tolerance for decades. Plants vary in how they respond to pathogens, some growing well despite serious infections. The concept has begun to take root in the animal immunology world over the last 10 years or so. “We knew it happened but didn’t have a systematic way of describing this process,” Soares said.

Of course, the mechanisms that Soares and others have called tolerance aren’t entirely new to immunology. Scientists have been studying something called the cellular stress response for decades. Environmental stressors, like high temperatures, trigger a set of molecular changes that help protect the cell from damage. “This is indeed a tolerance mechanism,” Soares said.

More than a century after Mary Mallon’s notoriety, scientists still don’t know exactly how the cook kept her typhoid at bay. (Her tolerance of typhoid isn’t that rare — roughly 1 to 6 percent of people infected with Salmonella bacteria, the microbes that cause typhoid, become simply carriers.) But Stanford University scientists have some ideas. They found that microbes could take up residence in the immune cells that should be attacking them. The bacteria take advantage of the fact that these normally ferocious immune cells, known as macrophages, enter a more hospitable state after the initial stages of infection. The infected cells then hide out in the lymph nodes of the gut and spleen.