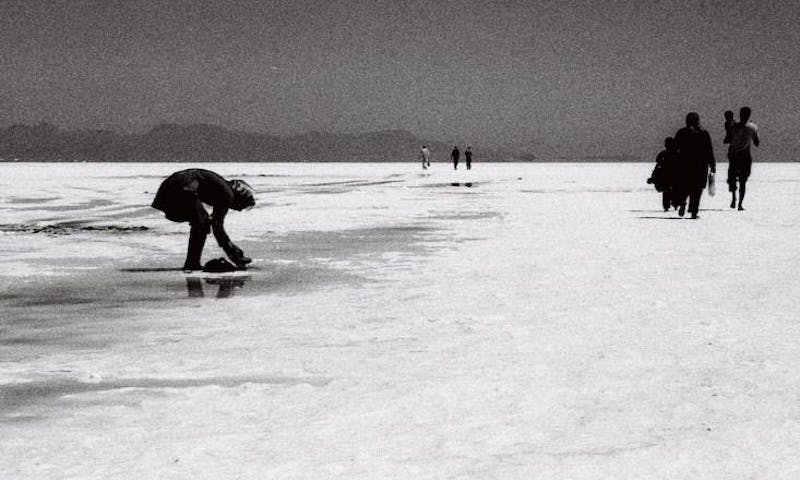 This classic Facts So Romantic post originally ran in August, 2014.

The last time my cousin Houman traveled to Lake Urmia was 11 years ago. He and four of his friends piled into his car and drove for roughly 12 hours, snaking west from the capital of Tehran. Iran is shaped like a teapot; its massive saltwater lake is nestled high in the tip of its spout and flanked by the mountains that run along the Turkish border to the west.

Indeed, the lake stands at roughly 5 percent of its maximum volume, according to Iran’s Department of Environment. But there is at least recognition of the problem: Last month, President Hassan Rouhani approved a 10-year, $5 billion project to restore the lake, including $500 million in the first year. Individual measures range from funding research to compare the lake with four other bodies that have faced similar shrinkages—including the Aral Sea, between Kazakhstan and Uzbekistan, and California’s Salton Sea—to stopping new dam construction, reconnecting rivers that used to empty into the lake, and limiting groundwater withdrawal in the area.

In a paper published last year in the Journal of Environmental Studies and Sciences, Kaveh Madani argued that Iran’s looming water crisis has less to do with climate change, drought, and international sanctions—the culprits usually cited by Iranians and the media—and more to do with decades of environmental neglect and unconstrained development, including construction of too many dams, excessive water subsidies for agriculture, and encouraging a hazardous boom in population. The most tragic symbol of this is the disappearing Lake Urmia, but with several other lakes and wetlands also drying up, it applies to the country’s water supply as a whole.