The Tricky Math of Herd Immunity for COVID-19

Herd immunity differs from place to place, and many factors influence how it’s calculated. 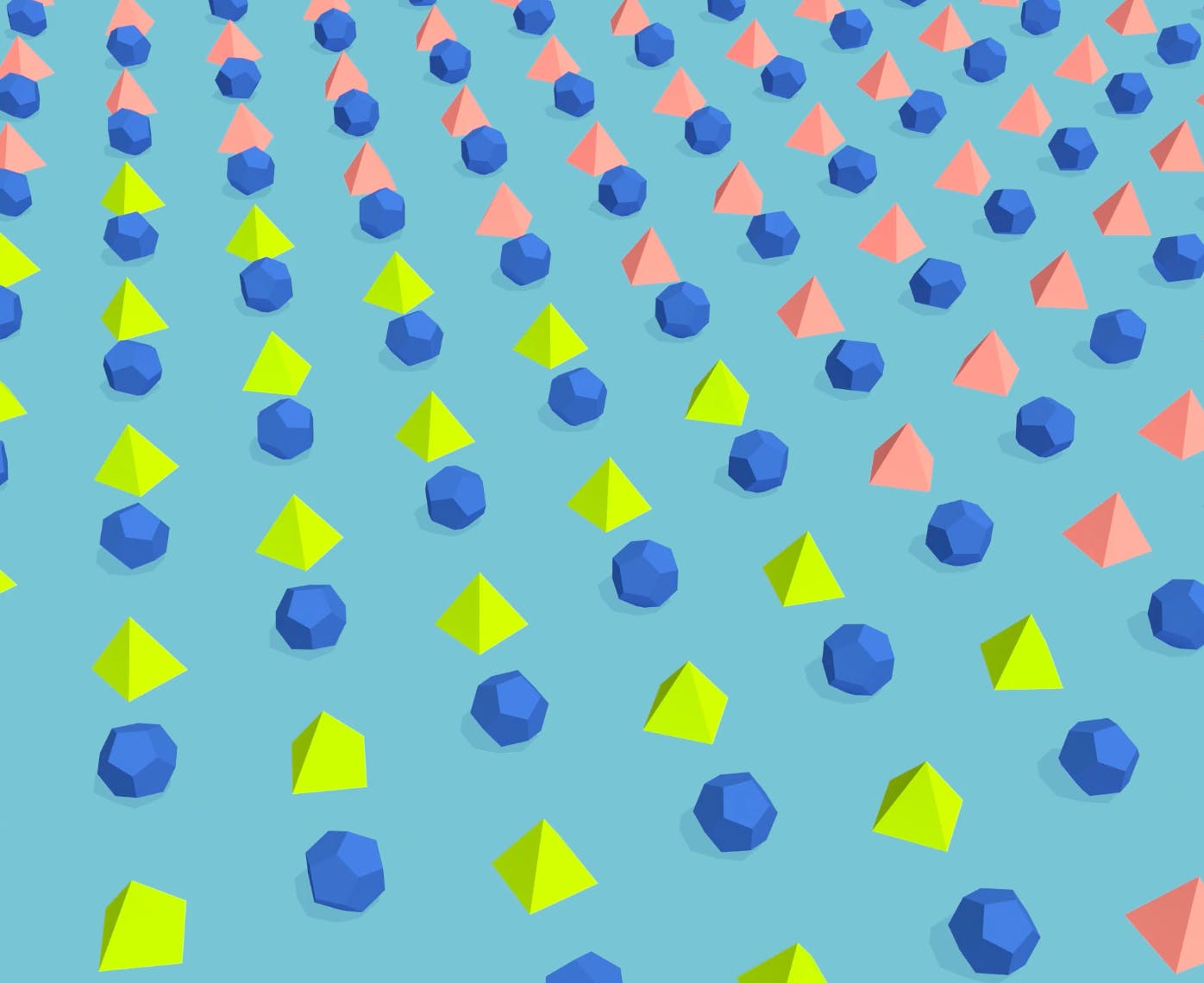 While much about the COVID-19 pandemic remains uncertain, we know how it will likely end: when the spread of the virus starts to slow (and eventually ceases altogether) because enough people have developed immunity to it. At that point, whether it’s brought on by a vaccine or by people catching the disease, the population has developed “herd immunity.”

“Once the level of immunity passes a certain threshold, then the epidemic will start to die out because there aren’t enough new people to infect,” said Natalie Dean of the University of Florida.

While determining that threshold for COVID-19 is critical, a lot of nuance is involved in calculating exactly how much of the population needs to be immune for herd immunity to take effect and protect the people who aren’t immune.

At first it seems simple enough. The only thing you need to know is how many people, on average, are infected by each infected person. This value is called R0 (pronounced “R naught”). Once you have that, you can plug it into a simple formula for calculating the herd immunity threshold: 1 − 1/R0.

Let’s say the R0 for COVID-19 is 2.5, meaning each infected person infects, on average, two and a half other people (a common estimate). In that case, the herd immunity threshold for COVID-19 is 0.6, or 60%. That means the virus will spread at an accelerating rate until, on average across different places, 60% of the population becomes immune.

At that point, the virus will still spread, but at a decelerating rate until it stops completely. Just as a car doesn’t come to a stop the moment you take your foot off the gas, the virus won’t vanish the moment herd immunity is reached.

“You could imagine that once 60% of the population is infected, the number of infections starts to drop. But it might be another 20% that gets infected while the disease is starting to die out,” said Joel Miller of La Trobe University in Australia.

That 60% is also the threshold past which new introductions of the virus—say, an infected passenger disembarking from a cruise ship into a healthy port with herd immunity—will quickly burn out.

“It doesn’t mean you won’t be able to start a fire at all, but that outbreak is going to die,” said Kate Langwig of Virginia Polytechnic Institute and State University.

However, things quickly get complicated. The herd immunity threshold depends on how many people each infected person actually infects—a number that can vary by location. The average infected person in an apartment building may infect many more people than the average infected person in a rural setting. So while an R0 of 2.5 for COVID-19 may be a reasonable number for the whole world, it will almost certainly vary considerably on a more local level, averaging much higher in some places and lower in others. This means that the herd immunity threshold will also be higher than 60% in some places and lower in others.

“I think the range of R0 consistent with data for COVID-19 is larger than most people give credit to,” said Marc Lipsitch of Harvard University, who has been advising health officials in Massachusetts and abroad. He cited data indicating it could be more than twice as high in some urban settings as the overall U.S. average.

And just as R0 turns out to be a variable, and not a static number, the way people acquire their immunity also varies, with important implications for calculating that herd immunity threshold.

Usually, researchers only think about herd immunity in the context of vaccine campaigns, many of which assume that everyone is equally likely to contract and spread a disease. But in a naturally spreading infection, that’s not necessarily the case. Differences in social behaviors lead some people to have more exposure to a disease than others. Biological differences also play a role in how likely people are to get infected.

“We are born different, and then these differences accumulate as we live different experiences,” said Gabriela Gomes of the University of Strathclyde in Scotland. “This affects how able people are to fight a virus.”

Epidemiologists refer to these variations as the “heterogeneity of susceptibility,” meaning the differences that cause some people to be more or less likely to get infected.

But this is too much nuance for vaccination campaigns. “Vaccines are generally not distributed in a population with respect to how many contacts people have or how susceptible they are, because we don’t know that,” said Virginia Pitzer of the Yale School of Public Health. Instead, health officials take a maximalist approach and, in essence, vaccinate everyone.

However, in an ongoing pandemic with no guarantee that a vaccine will be available anytime soon, the heterogeneity of susceptibility has real implications for the disease’s herd immunity threshold.

But on a larger scale, heterogeneity typically lowers the herd immunity threshold. At first the virus infects people who are more susceptible and spreads quickly. But to keep spreading, the virus has to move on to people who are less susceptible. This makes it harder for the virus to spread, so the epidemic grows more slowly than you might have anticipated based on its initial rate of growth.

So how much lower is the herd immunity threshold when you’re talking about a virus spreading in the wild, like the current pandemic?

According to the standard models, about 60% of the U.S. population would need to be vaccinated against COVID-19 or recover from it to slow and ultimately stop the spread of the disease. But many experts I talked to suspect that the herd immunity threshold for naturally acquired immunity is lower than that.

These are mostly just educated estimates, because it’s so hard to quantify what makes one person more susceptible than another. Many of the characteristics you might think to assign someone—like how much social distancing they’re doing—can change from week to week.

Heterogeneity may be hard to estimate, but it’s also an important factor in determining what the herd immunity threshold really is. Langwig believes that the epidemiological community hasn’t done enough to try and get it right.

“We’ve kind of been a little sloppy in thinking about herd immunity,” she said. “This variability really matters, and we need to be careful to be more accurate about what the herd immunity threshold is.”

Some papers have tried. In June of 2020 the journal Science published a study that incorporated a modest degree of heterogeneity and estimated the herd immunity threshold for COVID-19 at 43% across broad populations. But one of the study’s co-authors, Tom Britton of Stockholm University, thinks there are additional sources of heterogeneity their model doesn’t account for.

“If anything, I’d think the difference is bigger, so that in fact the herd immunity level is probably a bit smaller than 43%,” Britton said.

Another study takes a different approach to estimating differences in susceptibility to COVID-19 and puts the herd immunity threshold even lower. The paper’s 10 authors, who include Gomes and Langwig, estimate that the threshold for naturally acquired herd immunity to COVID-19 could be as low as 20% of the population. If that’s the case, the hardest-hit places in the world may be nearing it.

“We’re getting to the conclusion that the most affected regions like Madrid may be close to reaching herd immunity,” said Gomes. An early version of the paper was posted in May of 2020, and the authors are currently working on an updated version, which they anticipate posting soon. This version will include herd immunity estimates for Spain, Portugal, Belgium and England.

Many experts, however, consider these studies—not all of which have been peer-reviewed yet—to be unreliable.

“We’ve kind of been a little sloppy in thinking about herd immunity,” says Kate Langwig of Virginia Polytechnic Institute and State University.

In a Twitter thread in May of 2020, Dean emphasized that there’s too much uncertainty around basic aspects of the disease—from the different values of R0 in different settings to the effects of relaxing social distancing—to place much confidence in exact herd immunity thresholds. The threshold could be one number as long as a lot of people are wearing masks and avoiding large gatherings, and another much higher number if and when people let their guard down.

Miller added, “I think the herd immunity threshold [for naturally acquired immunity] is less than 60%, but I don’t see clear evidence that any [place] is close to it.”

Ultimately, the only way to truly escape the COVID-19 pandemic is to achieve large-scale herd immunity—everywhere, not just in a small number of places where infections have been highest. And that will likely only happen once a vaccine is in widespread use.

In the meantime, to prevent the spread of the virus and lower that R0 value as much as possible, distancing, masks, testing and contact tracing are the order of the day everywhere, regardless of where you place the herd immunity threshold.

“I can’t think of any decision I’d make differently right now if I knew herd immunity was somewhere else in the range I think it is, which is 40-60%,” said Lipsitch.

Shaman, too, thinks that uncertainty about the naturally acquired herd immunity threshold, combined with the consequences for getting it wrong, leaves only one path forward: Do our best to prevent new cases until we can introduce a vaccine to bring about herd immunity safely.

“The question is: Could New York City support another outbreak?” he said. “I don’t know, but let’s not play with that fire.”