The True Nature of an Internet Troll 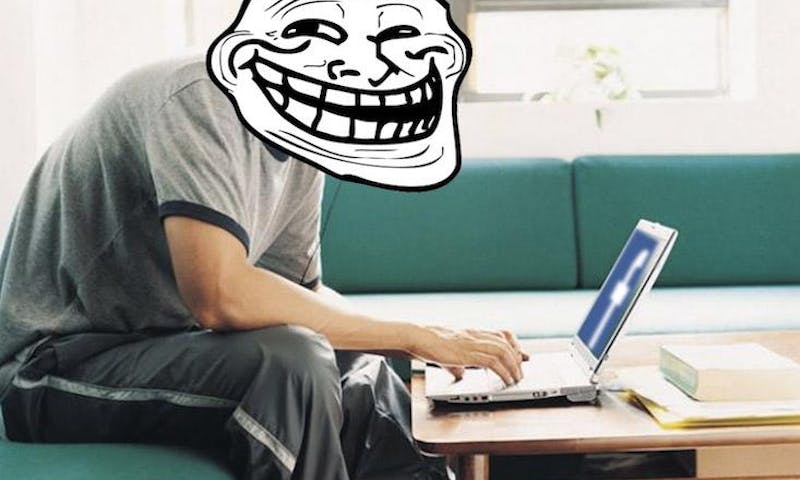 Although the phrase “to troll” only recently entered the mainstream lexicon—partially thanks to the rise in popularity of online discussion forums like 4chan and Reddit, as well as massive multiplayer online games—trolling dates back to chatrooms in the ‘80s. Back then, “trolls” referred to online instigators of disparaging and, essentially, pointless arguments, or “flamewars.” Nowadays, however, trolling has evolved into a catch-all term, ranging from inflammatory YouTube comments and tweets all the way to targeted and sustained harassment (as well as jail time for the aggressors).

Trolling is also on the rise. In 2014, over 1,200 people were found guilty under Section 127 of the United Kingdom’s Communications Act 2003, which makes it a crime to send, “by means of a public electronic communications network,” any message or material that is “grossly offensive or of an indecnt, obscene or menacing character.” There were a mere 143 convictions under the law in 2004.

One possible explanation for the growth of trolling is the “online disinhibition effect,” which involves a lessening of social restraints due to factors like online anonymity and invisibility, according to clinical psychologist John Suler. It’s also true that we are spending more time online: In 2005, a billion people accessed the Internet on a daily basis; last year, 3.2 billion did.

But can disinhibition alone explain trolling? What accounts for our desire to troll in the first place? In 2014, a team of researchers led by Erin Buckels, of the University of Manitoba, published a paper called “Trolls Just Want to Have Fun.” They hypothesized a connection between personality disorders and online trolling activity. To test the idea, Buckels’ team conducted two anonymous online surveys on Internet habits, including troll-specific questions like, “I have sent people to shock websites for the lulz.” The authors also used the Global Assessment of Internet Trolling (GAIT), a five-point scale, to measure trolling-related behavior. Subjects answer statements like, “I enjoy upsetting people online,” with, for example, a 1 (“strongly disagree”) or a 5 (“strongly agree”).

The authors found strong positive correlations between trolling and Machiavellianism, a predisposition to be cunning, calculating, and deceptive in achieving personal goals; as well as psychopathy, or a lack of remorse and empathy as well as a tendency for manipulation. Sadism, the tendency to derive pleasure from causing others physical or psychological pain, was one of the most robust of the personality traits linked to trolling behavior. “The associations between sadism and GAIT scores were so strong,” the authors conclude, “that it might be said that online trolls are prototypical everyday sadists.”

In another study titled “The Dark Side of Facebook®,” Evita March, a psychologist at Federation University, in Australia, along with some colleagues, conducted an online questionnaire similar to Buckels’. Three hundred and ninety-six adults between 18 and 77 participated, 76 percent of them women. They found that trolls on Facebook are “likely to be merciless, emotionally cruel, and are driven by the pleasure they obtain through others’ pain and discomfort.” That pleasure can even become addictive. “When you engage in this, you’re reinforced by certain biological processes: neurotransmitters, dopamine,” March says. “But like any addictive behavior, you have to do more and more to get that same rush, which is why we might see people engaging in trolling more and more.”

While the Internet might enable trolls, then, it’s hard to argue that it creates them. That comes down, like so much else, to human nature.

Watch: Rachel Yehuda, a professor of psychiatry and neuroscience, explains how stress can turn into a disorder.

The lead image is courtesy of The People Speak! via Flickr.

How Your Brain Fills in the Blanks with Experience

How Darkness Can Illuminate the Insect Apocalypse