There Is Dust in the Universe, But I Have Never Seen It 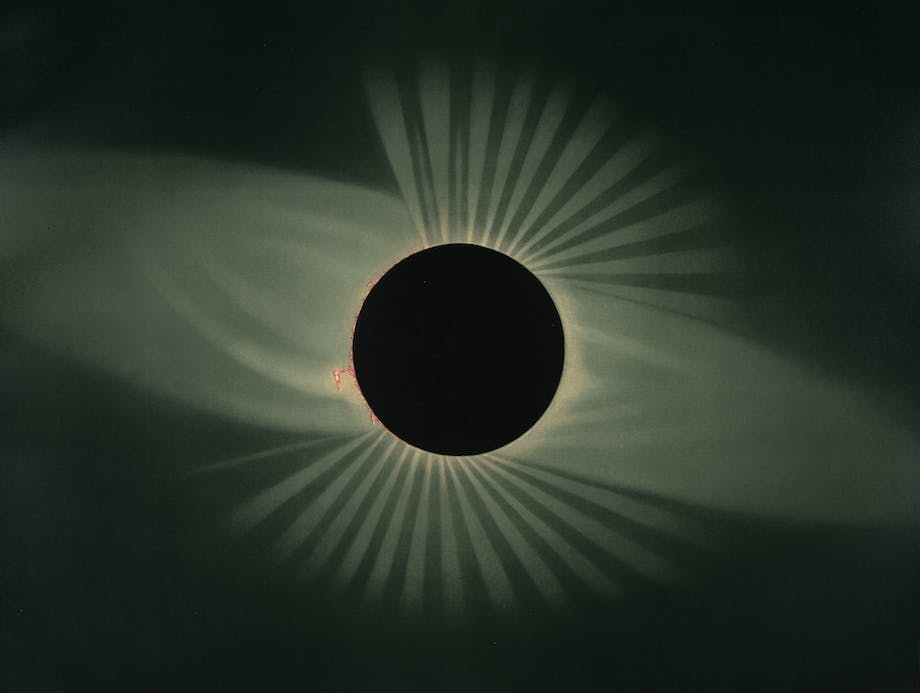 My younger son entered this world in January 1997 with a congenital heart defect. This meant that he needed open-heart surgery on the second day of his life. What I remember most about those hours was the dimmed hallway where they wheeled him into the operating theater at 7:30 pm. We sat there on the floor for most of the night before we knew he would live. Darkness like that doesn’t just fade away. I thought I would write about this experience immediately, as I did most everything, but no words fit what I felt.

In April of that year, the comet Hale-Bopp appeared like a beacon above our New Jersey apartment. Mid-month, I convinced my husband we needed to drive west to see it more clearly. My older son was barely three, and my half-healed infant son still didn’t sleep much. I fed him in the cold, at a scenic overlook on Interstate 80, while the comet burned overhead like a weird omen. My older son took one look at the sky and fell asleep in his car seat. I still couldn’t write a thing.

On December 25, 2000, a partial solar eclipse occurred on a day so frigid we couldn’t hold the pinhole camera still enough to get clear pictures. The boys were a little older, but still too young to care that the world looked a bit odd in the morning light. It’d been years since my son’s surgery, and that Christmas morning shined particularly bright, even with the eclipse. It marked exactly the kind of event I’d always enjoyed writing about, but I couldn’t create any poems.

Ten years passed with no words, an indescribably weird length of time for a person who’d been writing since early childhood. I never gave up trying, though, and eventually, words broke through my block. There was no startling event that allowed my voice to open up once more; rather, it was a long and slow process of recovery. The words had been there all along, hanging in the background of my mind, much the way dark matter sits behind so much of our known universe—a quiet persistence of existence, not an event horizon. Tragedy can stick to people for a long time. It stuck to me. As always, I found solace in the night sky. I’ve spent the last ten years writing enough words to make up for my ten-year abeyance, and still haven’t quite managed to convey the vulnerability that comes from human attachment.

Every mother believes in a theory of self
before she is broken into, dismantled by love:
you drive into the valley to buy bread, a few oranges
for dinner, and suddenly your child’s questions grow
difficult. You struggle to answer, to explain astronomy
in fifteen minutes. How to describe the sky’s weight
the invisible coherence that haunts the emptiness
between stars? You have no way to illustrate how
the rotation of galaxies illuminates the unseen,
so instead you circle his question, talk about gravity.
He knows how time compresses in the car,
how momentum drags you both down
the mountain, but doesn’t realize you can’t see
his face while driving. He believes you can read
his mind but he is as opaque as dark matter.
This is the puzzle of velocity and mass
as they converge in your son. What holds you
together after you give birth? The answer
can’t be detected directly but its presence
can be inferred by its effects on the body:
how it breaks into your center and spins you
until you fly apart, your son born holding
the pieces. Asking unexplainable questions.

Zodiacal light and the false dawn

There is dust in the universe, but I have never
seen it. I’ve read that in the darkness, sometimes
you can see light reflecting from the ecliptic
plane of the planets, but there is never that much
night here. You are sleeping. Civilization all around us.
There is light even in the forest out back, light from the streets
and the sky littering the folds of the bed. I remember
a few times, the grief when we pulled the shades closed
so tight nothing could get in. False midnight.
Light seeped in from under the door. I gave up
those barricades and now we rest despite
the brilliance. You are sleeping. False dawn
moments away.

The Hunt for Dark Matter Minihalos

They say absence
makes the heart grow
as when downed red leaves show
a tree’s true size.
And when a cliff collapses,
its megatsunami can expand
across oceans, because the absence
of one thing can only be measured
by something else.

Even the Big Bang’s boom
is clarified by missing minihalos
pressing their lack of being into data:
some angels are so dark no one can see
their birth. The cosmic microwave background
is a relic of our past, not the present.
That tree outside our front window
is no longer there. It almost lived,
and then lightning
riveted the bark to the ground.
We had to take the damaged wood down.
Gravity damns everything,
even the darkest matters.

When your chainsaw split through the heart
of the trunk a week later, a charred star
marked the center: energy blazed
into the clock rings of a living thing,
like a pulsar blinking into data.
When they told me our boy’s heart
had inexplicably broken before birth,
every angel I knew of disappeared.
The hospital hallway grew abruptly dark
like inflation run amok—
going from nothing to awful all at once
while I struggled to understand
what happened.

They say minihalos didn’t exist
at the moment of singularity,
but oh, how we wish they had.
We need more evidence to explain
how ‘nothing’ becomes matter.
How a megatsunami expands so fast
we lose the memory of it
until only a halo of bent trees
shows where it was.

So what if we’ve calculated
dark matter from missing hearts?
Angels from halos?
Eventually, the need for knowledge
will show our dead tree’s stump ground to dust.
Someone will find the cosmic darkness
decoupled from creation,
as if that’s all that matters,
but broken hearts always need more
than theories forged in the dark.
In the relic radiation of our universe,
something is always stretching
toward the boundary of infinity
while some ultracompact structure
trails along after
like an angel missing her halo,
one brief moment too late to matter.

These poems, with the exception of “The Hunt for Dark Matter Minihalos,” are from the collection Dark Matter (Aldrich Press, 2015).