There’s a World Living on Every Loggerhead

Scientists from Darwin on have marveled at how these sea turtles transport other species across the ocean. New research suggests they’re even better at it than we thought. 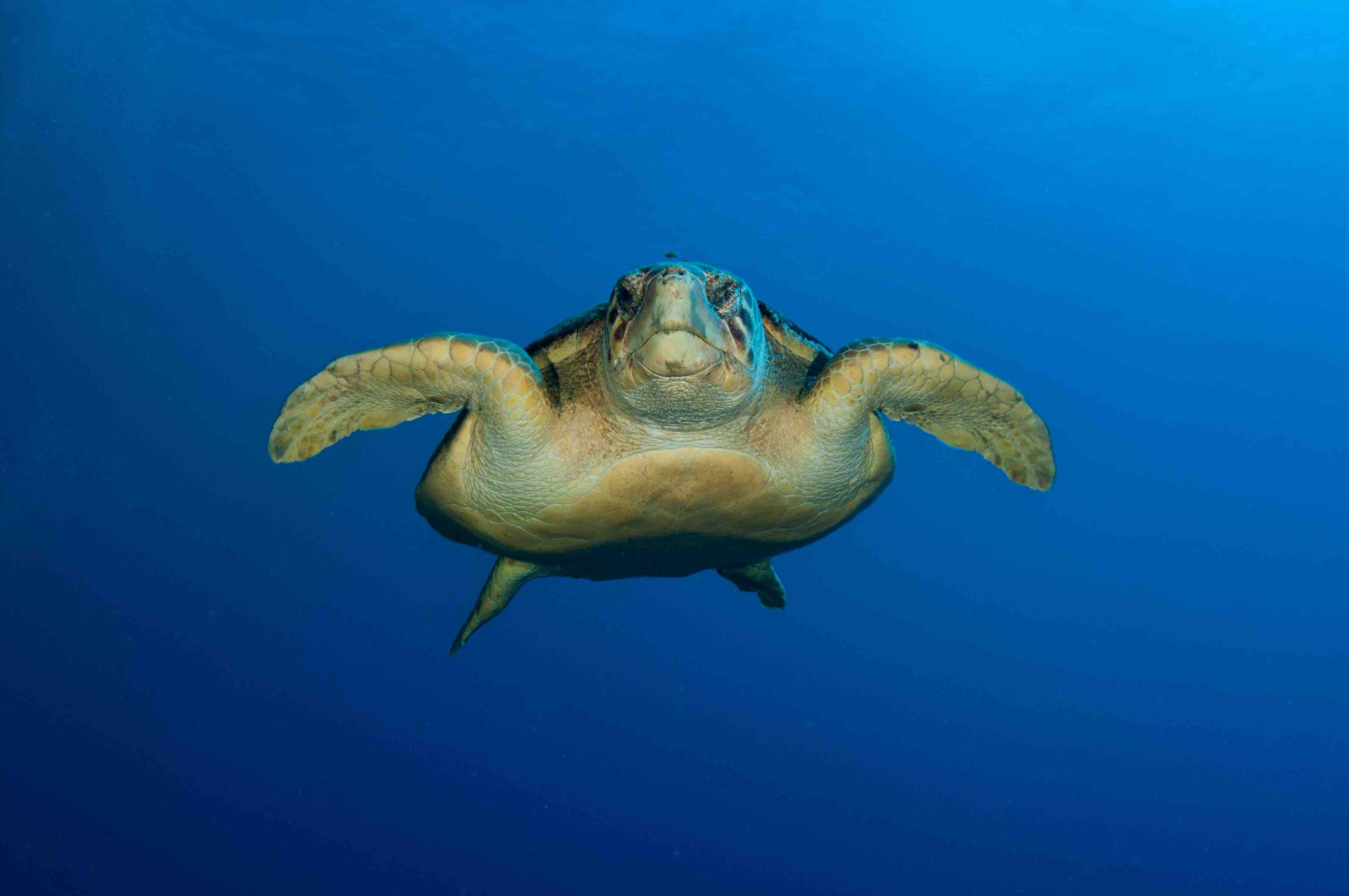 In spring of 2018, Jeroen Ingels, Giovanni A. P. dos Santos, Yirina Valdes, and a team of about 20 volunteers spent two weeks on St. George Island, a barrier island off the northwest coast of Florida. Each evening, they would head out into the muggy weather, trudging through the sand toting equipment-filled backpacks and searching for nesting loggerhead turtles. Around 6 A.M., they would slog back to their beachside cabin, and grab some sleep so they could start again the next night.

Many would do the same to see loggerheads: rare and majestic reptiles, with wise eyes, giraffe-spotted heads and shells the size of manhole covers. But these researchers were propelled by something else. “We weren’t really interested in the turtles,” says Ingels, a marine ecologist at Florida State University Coastal and Marine Laboratory. “We were more interested in what lives on them.”

Over and over again, throughout history and around the globe, people have asked what the world sits atop and come to the conclusion that it’s a turtle. Science has begun to catch up. In the past few decades, studies have shown that many sea turtles do, indeed, carry a world—one exactly the size of their shell, and made up of algae and sponges, barnacles and mollusks, sea urchins and worms.

Such hitchhikers, known as epibionts, show up on hosts from crabs to crocodiles. But according to a May 2020 paper by Ingels, Valdes, dos Santos and others, loggerheads in particular carry many, many more of them than previously thought—often tens of thousands of individuals each. These represent a diversity of species and life stages, and turn a well-populated turtle into “a little metropolis floating in the ocean,” says Ingels.

Much epibiont research has focused on larger, more eye-catching classes of passenger, like the barnacles whom Charles Darwin once described appearing to have “burst through” the shells of loggerheads, “almost like little volcanoes.” Ingels and his colleagues study meiofauna. It’s a group characterized chiefly by size: Anyone who falls between the mesh of a one-millimeter sieve—but can’t pass through a 32-micron one, with holes one-third as wide as a dollar bill is thick—is a member.

This encompasses “a huge diversity” of animals, from shrimplike amphipods to fork-tailed gastrotricha, says Ingels. “We’re talking hundreds of thousands of species, potentially.”

“A little metropolis floating in the ocean.”

Many meiofauna live on the sea floor, nestled between grains of sand and mud. Loggerheads spend a lot of time down there too, digging for food. It was easy for Ingels and his colleagues to picture the tiny critters getting swept up in a flipperful of sediment and deposited on a turtle’s back.

But quantification beats imagination. So during those long nights on St. George Island, the team rushed loggerhead after loggerhead. Unlike in previous studies, which had extrapolated counts by surveying small areas of the shell, “we wanted to sample the whole turtle,” says Valdes, a biology professor at the Federal University of Paraíba in Brazil.

In the small window of time between when a turtle laid her eggs and when she returned to the water, the team surrounded her like a Nascar pit crew: prying off barnacles with a putty knife, scraping slime into Nalgene bottles, and finishing off with a good spongedown. By the end, Ingels says, each shell was “nice and shiny.”

As they scrubbed, the researchers “could see there was life” on the turtles, says dos Santos, a zoology professor at the Federal University of Pernambuco in Brazil. In the glow of their red headlamps, they watched forms wriggling and crawling. Some tried to jump for it and had to be corralled.

Back at the lab, equipped with sieves, fixative and microscopes, the researchers set to censusing. A previous survey of the literature had counted over 200 species known to live on loggerhead turtles. Ingels, Vasques, de Santos and their colleagues found 111 more—even though they constrained their species count just to nematodes, or roundworms, their particular area of expertise. A more complete investigation of meiofauna could potentially triple that number, says Ingels.

The abundance of life was impressive too. The average turtle, they found, housed tens of thousands of individual hangers-on. (One had nearly 150,000.) And the number of life stages represented, from eggs and juveniles to gravid females and adults, suggested most were living out their whole lives on the loggerheads—eating and mating, dying and being born.

The findings help to shed light on the question about how particular types of meiofauna—most of whom can’t swim—have nonetheless spread across the world. The same species are found “thousands of kilometers apart,” Ingels says. “How did they get there?” Many are probably caught up in currents, snarled in sargasso weeds or trapped in floating ice. But “I think we’ve shown with this paper that turtles play an extraordinary role,” says Ingels.

Evidence is mounting that, once meiofauna are established in a habitat, they help out with nutrient cycling, work with sediments, graze on microbes and provide food for larger creatures, but researchers aren’t quite sure how the turtles themselves are affected by the responsibility of ferrying them around. A rich, mucky layer of epibionts may help to camouflage the turtles from sharks and other predators that look down from above. But the drag this load creates might slow the turtles down, and larger hangers-on, like barnacles, are known to damage shells and cause infection.

The researchers hope that, as we learn more about how loggerheads carry and disperse other creatures, it will inspire more support for their protection. “They are not only cute,” says dos Santos. “They have been traveling around with these communities on their backs.”