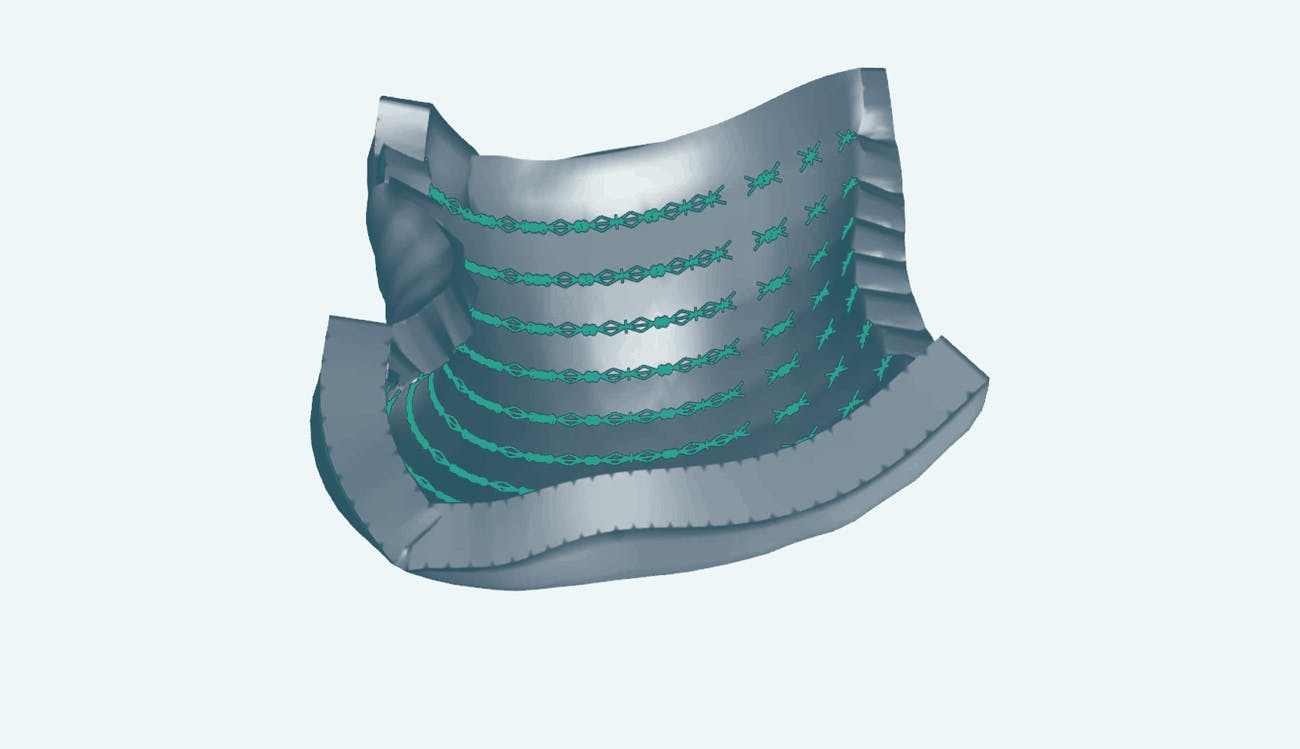 When it comes to tissue engineering, scientists tend to be micromanagers. Traditional approaches involve introducing cells to a synthetic scaffold that guides the cells’ growth as a new tissue. That method can work for relatively simple tissues, like skin. But for more complex structures, like those in our internal organs, it fails to take into account the “developmental history associated with the composition of tissues and the placement of cells within a tissue,” said Alex Hughes, a bioengineer at the University of Pennsylvania.

He and a team of researchers led by Zev Gartner, a pharmaceutical chemist at the University of California, San Francisco, therefore turned to developmental biology for answers. In a paper published last month in Developmental Cell, they demonstrated the critical role mechanical forces play in setting the form and function of tissues, and showed how those forces might be leveraged to engineer more sophisticated artificial structures.

Real tissues are full of functional curves and folds, from the fingerlike villi of the gut to the buds that form hair follicles and feathers. Different mechanisms can govern the tissue-folding processes that give rise to their geometries. “In every single case, though, they have this common phenomenon,” Gartner said, “which is that the interfaces [between different layers of tissue] need to shrink and grow.”

According to Donald Ingber, the famed cell biologist and bioengineering pioneer at Harvard University, the significance of that physical arrangement should not be overlooked. “Mechanical forces can regulate biochemistry just like chemicals regulate biochemistry,” he said. “Developmental biology used to be explained mechanically, but once chemistry, molecular biology and genetics came into the picture, the baby got thrown out with the bathwater.” He added that only in the past 15 years has the study of mechanical forces made a comeback in the field, their effects “important particularly for modulating what happens in the local tissue environment.”

That’s why Gartner, Hughes and their colleagues decided to focus on a specific, often mechanical process involving what are known as mesenchymal cells. Beneath the epithelium—the thin, outer layer of a tissue—lies a connective layer called the mesenchyme. During development, the cells in the mesenchyme aggregate into clusters that drive the curvature of the epithelium overhead. The researchers wanted to unpack how that worked. “Our goal was to get under the hood, to see what the engineering principles were, so that we could take them under our own control,” Hughes said.

They took mesenchymal cells derived from mouse embryos and placed small clusters of them in slabs of extracellular matrix (a mixture of proteins and other ingredients found between cells in tissues). They found that the clusters pulled on the surrounding matrix: Belts of protein fibers formed between closely situated clusters, opening up lines of “mechanical communication” that looked a lot like games of tug-of-war. The orientation of those pulling forces determined how the slab folded. Meanwhile, blocking the activity of motor proteins in the cells prevented the folding process. “So we confirmed that the cause is mechanical, with certainty in our in vitro system and quite probably in the in vivo system,” Gartner said.

The researchers next had to figure out how specific patterns of cell clusters affected the curvature of their material. Hughes, Gartner and their team created a predictive model to determine the shapes they could form and which cellular patterns would form them. By manipulating the numbers of cells in clusters, how those clusters were arranged—densely or spread out, symmetrically or asymmetrically—and the original shape of the gel, they were able to get the synthetic tissues to fold themselves into a range of shapes, from bowls and tubes to coils and cubes. If they began with a square gel and made the spaces between clusters greater along one axis, for example, the tissue rolled itself into a tube.

“From a design standpoint, it’s very exciting,” said Nandan Nerurkar, a biomedical engineer at Columbia University. “They’ve shown that you can take developmental principles and use them to design a tissue with a particular geometry. And they’ve created a pipeline that predicts what they need to do to achieve the shapes they want to create.”

That’s very different from the classical tissue-engineering techniques based on growing cells in a shaped scaffold. “Allowing the cells themselves to do the folding builds a sort of molecular, nanoscale and microscale detail into the tissue, in a way that remains very, very challenging for us to do using the classical approaches,” Gartner said.

This new way of folding tissues isn’t the most hands-off: That title belongs to the organoids field. Those scientists take stem cells and, with the right factors and microenvironment, get them to grow into tiny subunits of tissues with minimal instruction. But such tiny tissue replicas are extremely difficult to reproduce, and “they don’t tend to organize by themselves to scales larger than a couple hundred microns,” Hughes said. By combining that approach with his group’s work, which operates on larger scales, it might be possible to create bigger, better organized, more realistic organoids. Eventually, these steps could lead to tissues refined enough to model disease and inform personalized medical treatments.

There are other applications, too—in soft robotics design, for instance. Controllable processes that prompt cells to build themselves into specific structures could go a long way toward manufacturing mechanically active objects, from environmental sensors to automated parts capable of shape-shifting. “We’re really starting to push that boundary of what we can make biology do,” Hughes said. “Because we typically don’t think of biological cells as being designable systems at the level of tissues or at the level of something like a robot or an autonomous system.”

Such applications aside, this work may also provide insights into human development. When looking at embryos, “we can observe the consequences of forces acting in a tissue, but we don’t actually see them,” said Gartner. His system can be used to identify visible signatures of those forces in action, which researchers could then look for in developing organisms.

They can also start to experimentally investigate questions relevant to evolution: Why do certain structures form as they do, and what are the advantages of that? Why did natural selection favor one developmental mechanism for creating a limb rather than another? “You can use this system to test different morphogenetic mechanisms, and you can test the robustness of those mechanisms,” Nerurkar said.

First, of course, Gartner and his team will have to move beyond a proof of concept. Still, their paper represents a major step forward: “This type of thinking in tissue engineering is really, really important,” said Matthias Lütolf, a bioengineer at the École Polytechnique Fédérale de Lausanne in Switzerland. “It’s only possible to tackle the long-standing challenges in this field by having a deep understanding of developmental biology. This work and research like it are desperately needed.”

Lead image: This model emerging from new research demonstrates how precise arrangements of cell clusters (green) pulling on their surrounding matrix can generate forces that curl a flat sheet of synthetic tissue into a desired shape. Credit: Zev Gartner Lab/UCSF