Ultra-Powerful Radio Bursts May Be Getting a Cosmic Boost

Repeating radio bursts are among the most mysterious phenomena in the universe. A new theory explores how some of their puzzling properties can be explained by galactic lenses made of plasma. 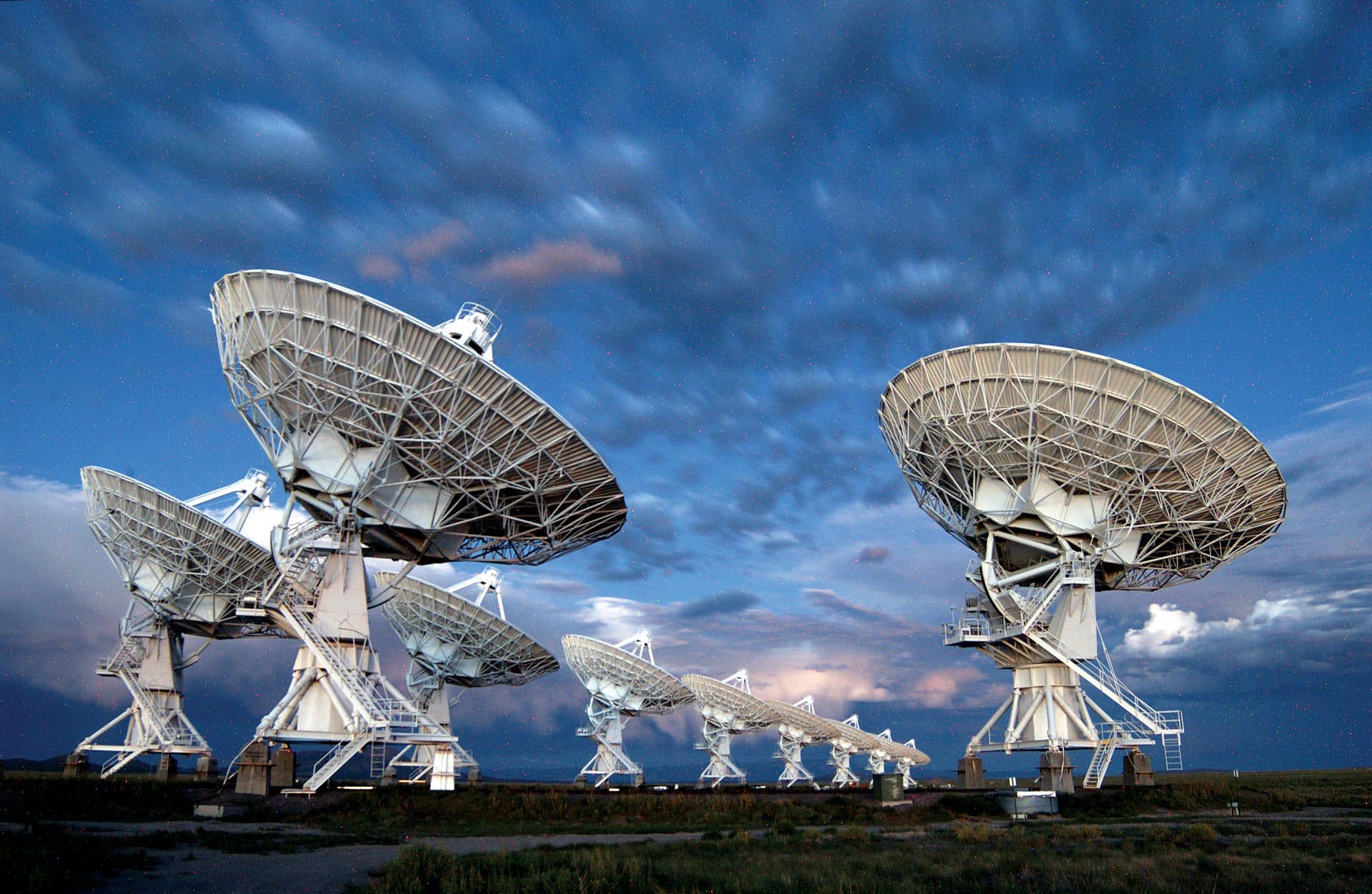 Some of the brightest flashes in the universe may be coming into focus. So-called fast radio bursts are enigmatic, ultra-brief, ultra-powerful bursts of energy coming from distant galaxies. They last for only a fraction of a second, but in that time they emit the energy of perhaps 500 million suns. Their power and brevity have created an astrophysical puzzle: What could possibly be making such blasts? Astrophysicists imagined one-off cataclysms—perhaps collapsing stars, or colliding black holes—which would seem to be the only way to generate such enormous amounts of energy in so little time.

But then two years ago, astronomers spotted a fast radio burst (FRB) that repeats, a phenomenon that can’t be explained by a one-off event. In late August, researchers reported that the repeating burst sent out 15 flashes in one hour.

James Cordes, an astronomer at Cornell University, thinks he can help explain not only the power of these repeating bursts, but also the seeming irregularity of their eruptions. He has found that clouds of charged gas, or plasma, in an FRB’s host galaxy could magnify the burst by as much as a factor of 100. “Concentrating the radio [waves] makes bursts much more easily detectable,” he said.

In addition, plasma lenses like the ones he proposes are dynamic. The gas would not always magnify the source; at times, there may be no lensing at all. At these times, the source would appear to be dormant. “It is possible that FRB sources are always active but appear to fluctuate greatly in the brightness of their bursts because of dynamic lensing,” Cordes said.

Astronomers have seen similar activity in other situations, said Robert Main, an astronomer at the University of Toronto. “Several pulsars have now shown the effects of plasma lensing, which Jim proposes could be happening in FRBs,” he said. In these situations, pulsars—quickly spinning neutron stars—exist in a binary system along with a companion star. The companion star, buffeted by winds from the pulsar, unspools a long tail of plasma like a comet’s. When this tail passes in front of the pulsar (as seen from Earth), the plasma focuses the pulsar’s light, causing its radio emission to appear as much as 30 times brighter. The effect was first observed in 2011 by Anna Bilous, an astronomer at the University of Amsterdam.

Cordes’ idea adapts the pulsar-lens theory, only in this case, an FRB doesn’t need to be in a binary system for the magnification to take place, Main said. The plasma just needs to be in the right configuration to focus the light reaching us.

Brian Metzger, an astronomer at Columbia University, said that if we could confirm that plasma lenses are responsible for the repeating FRB’s erratic on-off blast cycle, “this would be telling us something important about the environment through which the FRB is passing and thus a strong hint as to their origin.”

Plasma lenses might even provide us with a tool allowing us to see the source of a burst. “If there’s really extreme lensing, one would effectively see double, two copies of the FRB,” said Joseph Lazio, an astronomer at the California Institute of Technology and one of Cordes’ co-authors. “The light rays from the two copies of the FRB would constructively interfere with each other in a way that could help us peer at the FRB with super high resolution.”

Yet Cordes’ idea wouldn’t completely account for an FRB’s extraordinary brightness. Many astronomers now believe that FRBs, at least those that repeat, could be produced by magnetars—highly magnetized rotating neutron stars. Yet well-studied magnetars close to home are nowhere near as energetic as the distant repeater. Even if the source is amplified, FRBs would still be more energetic than any known magnetars.