What Astronomers Are Learning From Gaia’s New Milky Way Map

A roundup of some of the most important discoveries gleaned so far from the Gaia space observatory’s new map of the galaxy. 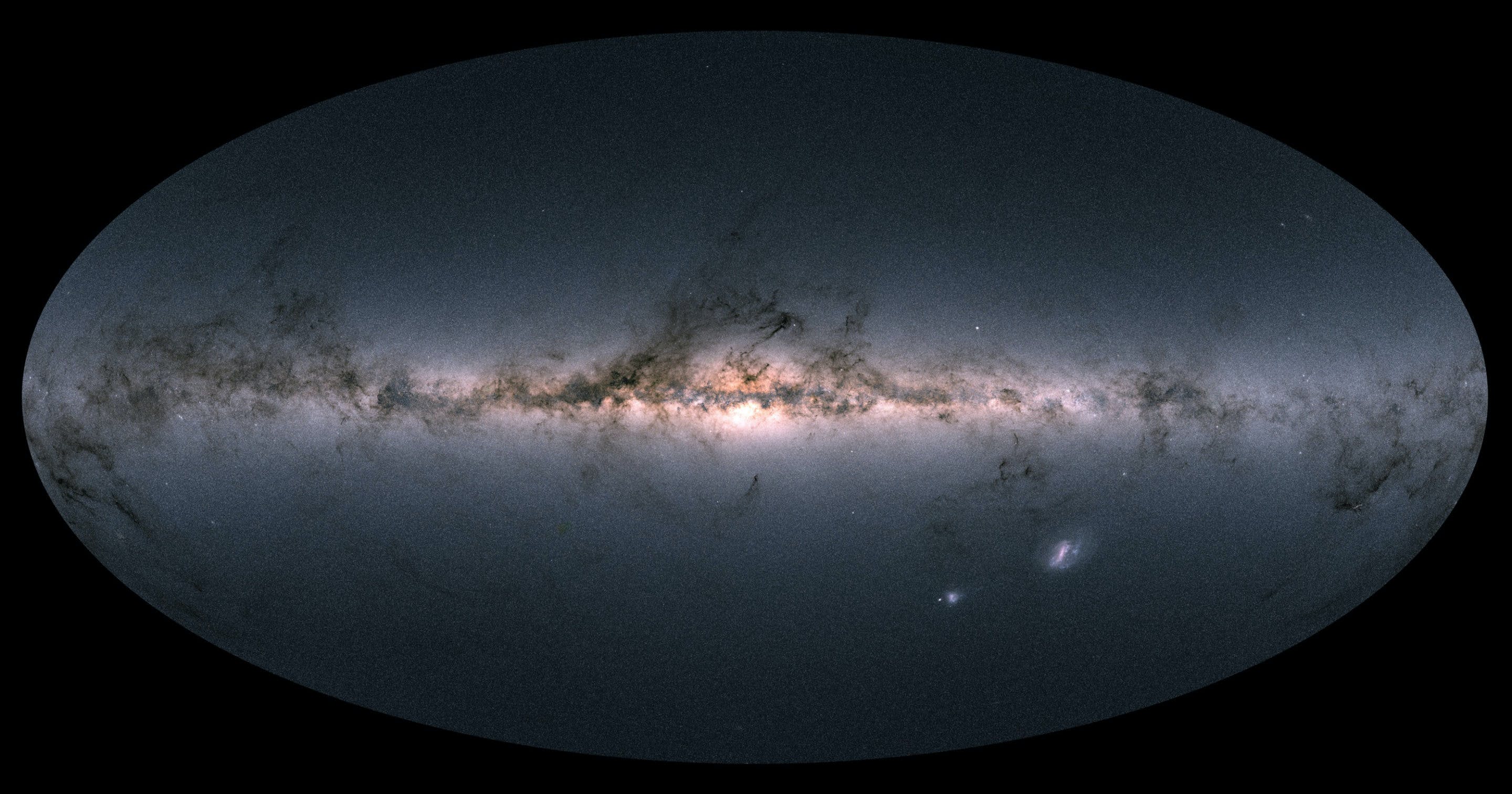 On April 25, Teresa Antoja of the University of Barcelona was one of thousands of astronomers who downloaded and began exploring an exquisite new map of the Milky Way made by the European Space Agency’s Gaia spacecraft. Within a day, she and her colleagues reported the discovery of never-before-seen substructures throughout the galaxy: “shapes such as arches … snail shells and ridges,” they wrote—each one a clue about the Milky Way’s obscure past.

Antoja’s paper is one of a torrent following the long-awaited second data release from Gaia, which was launched in 2013 and has since charted the positions, brightnesses and colors of 1.7 billion Milky Way stars, and the velocities of 1.3 billion of those stars. (In September 2016, the Gaia team released its first map with only position and brightness measurements for 1.1 billion stars.) Astronomers, who had previously catalogued just 2.5 million of the brightest stars in the galaxy, are hailing a new era of precision astronomy. These are some of the most important discoveries to come from the Gaia data so far.

A team in France applied their preprepared STREAMFINDER algorithm to the Gaia data and immediately uncovered a rich network of “stellar streams,” or tributaries of stars flowing into and around the Milky Way. “The idea is to trace the streams backward in time along their orbits in order to contemplate the galaxy’s past and its formation history,” said Khyati Malhan of the University of Strasbourg, lead author of the paper detailing these “galactic archaeology” findings, in an email.

The profusion of stellar streams—believed to be remnants of small satellite galaxies and star clusters that were drawn in by gravity—could potentially resolve the “missing satellite problem,” which asks why only 50-odd satellite galaxies currently orbit the Milky Way, despite hundreds arising in computer simulations of galaxy formation. Another mystery is why the Milky Way’s satellites lie in a plane, even though simulations suggest they should have formed all around. Malhan and colleagues hope to either sharpen or resolve this plane-of-satellite problem via “statistical analysis of structure and dynamics of a large sample of streams,” he said.

Another group used the Gaia data to do a detailed study of the galaxy’s longest stellar stream. Some of its stars appear to have been perturbed by patches of invisible dark matter, suggesting the streams can be used to map dark matter substructure throughout the galaxy.

For decades, astrophysicists have debated the origin of Type Ia supernovas—star explosions that serve as “standard candles” for gauging cosmic distances. Using the Gaia data and follow-up telescope observations, Ken Shen of the University of California, Berkeley, and collaborators found strong evidence for a theory dubbed the “dynamically driven double-degenerate double-detonation” (D6) scenario.

The D6 scenario begins with two white dwarfs—dense, planet-size cores of dead stars—in a close mutual orbit. According to the theory, the heavier white dwarf will suddenly start stripping matter away from the lighter one, so rapidly and turbulently that some of the helium in the transferred matter detonates. This detonation triggers the detonation of carbon and oxygen in the heavier dwarf, causing it to explode as a Type Ia supernova. With nothing holding on to it anymore, the other white dwarf is flung into space at high speed.

Among the Gaia data, Shen and colleagues discovered three “hypervelocity white dwarfs” hurtling through the galaxy at more than 1,000 kilometers per second, which is fast enough to escape its gravity. They claim the discoveries represent “tentative confirmation” of the D6 scenario. In an email, Shen said knowing the backstory of Type Ia supernovas will reduce uncertainties in cosmic distance measurements and models of supernova-driven chemical enrichment of galaxies.

U.K. astronomers traced the origin of another hypervelocity star to the center of the Large Magellanic Cloud, the Milky Way’s largest satellite galaxy. It could mean only one thing: that the star was accelerated by whipping around a massive black hole at the center of the Large Magellanic Cloud. Full-size galaxies almost always harbor huge central black holes, which are of mysterious provenance. Their presence in some mini galaxies compounds the mystery.

In 1998, Adam Riess and other astronomers inferred, based on the distances to Type Ia supernovas, that the expansion of the universe is accelerating, driven by “dark energy.” As for how fast space is currently expanding (a rate known as the “Hubble constant”), curiously, the supernova-based estimates differ by about 8 percent from estimates based on light from the early universe, even after accounting for the dark-energy-driven acceleration that has happened since then. It’s one of the biggest puzzles in cosmology.

Now, Riess and collaborators have used Gaia data to more precisely measure distances to Cepheid stars, which in turn calibrate distances to Type Ia supernovas. This allowed them to make the most precise supernova-based measurement yet of the Hubble constant, which has only worsened the discrepancy with early-universe observations.

While many researchers are studying the diverse populations and dynamics of stars within the galaxy proper, Laura Watkins of the Space Telescope Science Institute and colleagues used motions of star clusters orbiting the Milky Way to gauge the galaxy’s mass. Including its dark matter, they say, it weighs roughly 1.5 trillion solar masses. And Joshua Simon of the Carnegie Institution for Science analyzed a distant population of satellite galaxies, finding that all of them are currently at the closest points in their orbits around the Milky Way. This seeming coincidence is “strange,” Simon said by email. “I don’t think we’ve had enough time to figure out the implications of this result yet.”

“We knew Gaia would be revolutionary,” Simon said. Astronomers will be picking its fruits for years.

Lead image: Gaia’s all-sky map of the Milky Way galaxy and its satellites, based on measurements of nearly 1.7 billion stars. Credit: ESA/Gaia/DPAC