What Do Dolphins Talk About?

In the latest episode of the Ignorance podcast, Diana Reiss takes us behind the scenes with some chatty dolphins. 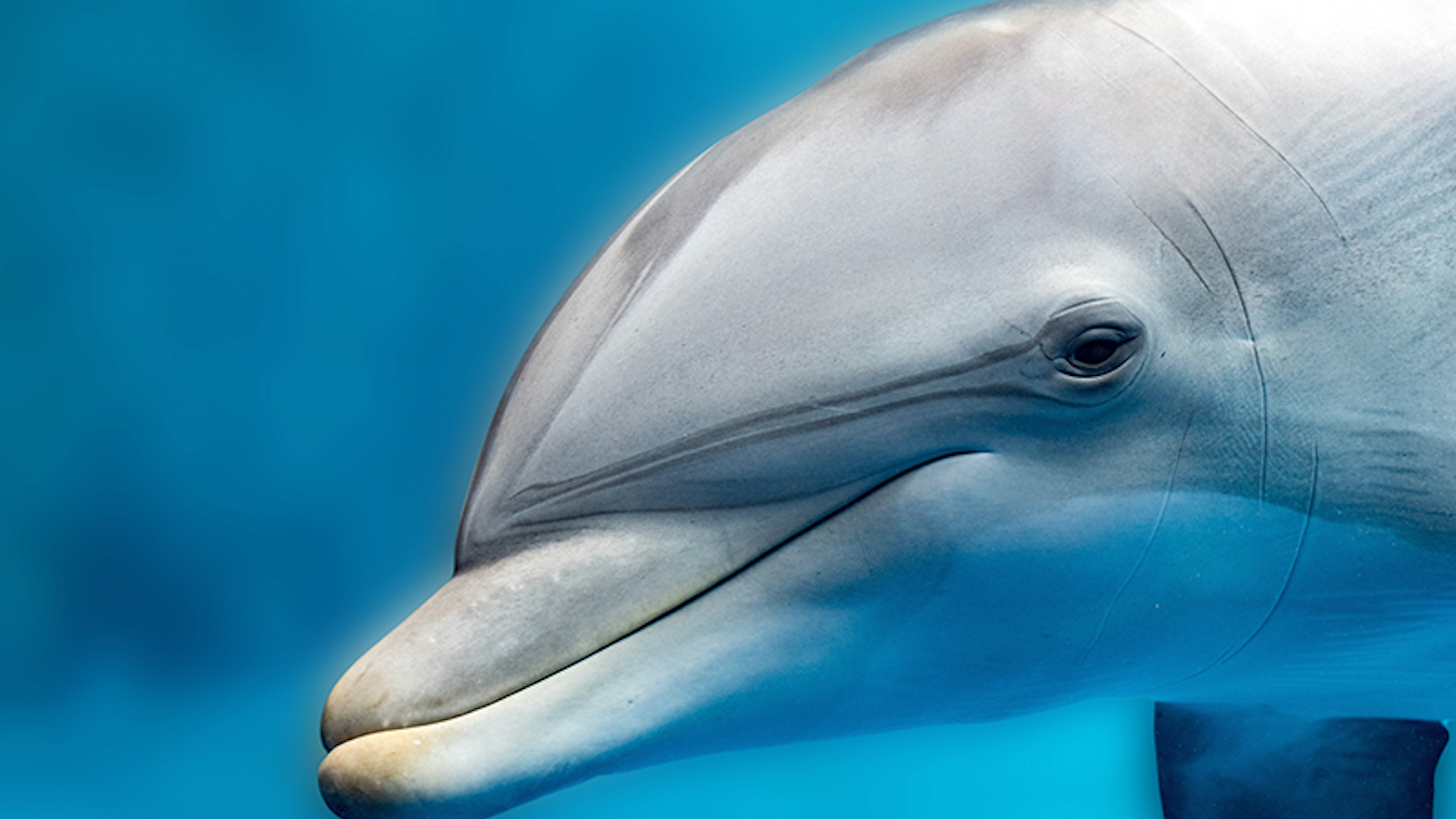 How can we tell if other animals have thoughts, desires, self-awareness? And if they do have all of those things, how can we communicate with them? Diana Reiss, a professor of cognitive psychology and director of the Animal Behavior and Conservation Graduate Program at Hunter College, has been working on these questions for decades.

In this episode of the Ignorance podcast—a series that investigates what scientists don’t yet know, what remains to be figured out—neuroscience professor Stuart Firestein and neurobiologist Leslie Voshall interview Reiss about the mirror test, computers for dolphins, and more.

The Ignorance podcast looks into what scientists don’t know, what remains to be figured out.

Leslie Vosshall: How did you ever believe you could learn anything about how animals think?

Diana Reiss: I was always interested in communication with animals because I thought when I was a kid, I was communicating with my dog. And I was, and we do communicate with our pets. With dolphins, it’s quite a different situation. They’re about as different from us as you can possibly get in terms of body form, in terms of evolution—we’ve evolved in totally separate domains. They’re totally aquatic. We’re land-based animals. They’re so different looking in terms of their body form, but like us, they have large complex brains. Like us, they learn their vocalizations and there are lots of other things we’ve been discovering that make them a lot more like us than we might have thought.

My real interest beyond that is in what ways are they also very different from us? I’m always intrigued by the probability or the possibility that perhaps we’re not seeing the nature of their real intelligence just because of our differences. What if they’re doing things and we just simply can’t understand it because it’s so different than what we know?

Leslie Vosshall: This brings up the fundamental question of how do you ask another animal what it’s thinking. I think Frans de Waal wrote a book that asked are we smart enough to know how smart animals are?

Diana Reiss: One of these studies that I did many years ago, back in 2001, was to ask: What happens if you put a mirror in front of a dolphin? Mirrors are really an interesting research tool to work with. They’re really simple, they’re relatively inexpensive and they let us provide dolphins with potential information. We present a dolphin with a mirror and we look at how they react when they first see a mirror. Would they react in any way like the way we act in front of a mirror? We recognize that there’s an external representation of ourselves in the mirror and we use mirrors as tools to examine parts of our body we can’t see, we watch ourselves move in different ways.

We used to think this was uniquely human, but in the 1970s, another scientist, Warden Gallup Jr. showed that our closest living relatives, the great apes, also shared this ability with us. For about 40 years there was a lot of speculation that, “Oh, it’s only the great apes that are going to show this because of our evolutionary connection.” Well, what about dolphins, which are really different from us? Would they show that same ability? They have big brains like us, they’re highly social like us. What happens?

We actually marked them with lipstick once. It wasn’t a good mark. That’s the next phase. So once they show this self-directed behavior, again, they’re using the mirror as a tool to view themselves, which may seem trivial to people because we do it so readily. But humans don’t realize young children don’t start showing this until they’re between 18 and 24 months of age—it really takes a good deal of cognitive processing to understand that that external representation is you. To be aware that you can see yourself in a mirror is not shared by many animals on this planet.

Stuart Firestein: So now, once you know that they have some sense of self, what’s the next question you ask them?

Diana Reiss: One of the next questions that came up after that was how does this emergence of self-awareness relate to other aspects of their cognitive ability? After we did this study, several years later, one of my students in my lab, Rachel Morrison, and I did a second study asking at what age does this emerge and how does it emerge in relationship to other cognitive abilities? Mirror self-recognition, interestingly, starts emerging with their growing social awareness, their growing motor skill, sensory motor development, their proprioreception, which is the ability to track your body movements, being aware of the movements of your body and space. Without that, it would be very hard for an animal to understand that’s itself in a mirror without knowing what you’re doing with your own body.

What we found, interestingly, was that young dolphins actually showed the emergence of self-directed behavior at the mirror, self recognition, even earlier than children. Children show it earlier than apes, but dolphins were showing it earlier than kids. Now, that doesn’t mean they’re smarter than kids. What it suggests is that their whole course of development is happening at a much more escalated rate. I mean, you’re a young dolphin, you’ve got to hit the water running—or I should say hit the water swimming—or you’re not going to make it. They’re very precocious.

Leslie Vosshall: So Diana, if we believe that animals are thinking, how do we get into the animal mind?

Diana Reiss: I think that’s a really provocative question. If we can find ways of giving animals more choice and control and more of a voice—I sort of say that I try to partner with the dolphins when I work with them. I’m trying to give them a way to communicate what they want, what their interests are. That’s, to me, a real breakthrough.

Many years ago, this was 1983, we built an underwater keyboard for dolphins. Imagine you’re underwater and you’re a dolphin. You have this keyboard in front of you and you touch a white triangle that’s in the middle of the keyboard. What happens is you hear a sound and somebody gives you a ball. That’s your favorite toy.

Then you might do it again. You touch it again, but this time it’s in another position, but it’s that white triangle. Again, you hear that sound and you get a ball and you do whatever you want with it. Then you touch a different symbol. It’s an H-shaped symbol and you hear a different whistle. The person standing behind the keyboard puts their hand in the water and tickles your belly. You also like to get a belly rub.

We created a keyboard that would let the dolphins touch what they wanted to and then when they touch those different symbols, they got different things, different contingencies. They heard a different whistle for each shape and they got a different reward, a ball or a rub or a ring or a float. The dolphins really seemed to enjoy this. They were fed. I never would work with a dolphin that wasn’t fed and had a full belly, because I wouldn’t want to work with children who were hungry, and they had toys all the time, but right before we put the keyboard in, we took out the toys and then we gave them a 30-minute session with this keyboard. It was interfaced by fiber optic cables to an old Apple 2 computer.

Stuart Firestein: I’m not sure the computer was up to this. The dolphins may have been.

Diana Reiss: Well, yeah, we could barely keep up—we were barely able to do this. We had this thing, this was so cool, it was called a vo-coder. So that when the dolphin hit a key, the dolphin heard the whistle and I in my headset would hear what I had to give the dolphin. So I would hear “ball,” “ring,” “rub” in this really horrible computer voice. I would also hear what the dolphins were doing in the pool. So this was like a sci-fi scenario, but the dolphins showed us so much, they did so much more than we have ever expected.

Now, let me just back up for one second. I forgot to tell you that dolphins use whistles in their communication. They echolocate, which is a kind of sonar. So they get sort of exquisite images, we think. They can see with sound basically and they use a variety of different kinds of calls, but they use a very complex set of whistles when they communicate socially. So we created computer-generated whistles that were different than the whistles the dolphins were doing themselves, but were within the time and frequency range that could be easily imitated by dolphins.

Leslie Vosshall: Sort of like in the dolphin-ish language.

Diana Reiss: Exactly, but different than their own. It’s like if we were going to give us new human words that we could reproduce, we just hadn’t heard them before. We had studied the development of these two young dolphins with their moms for the year prior to giving them the keyboard. Anyway, to cut to the chase, the dolphins very quickly started to imitate the sounds, and they did it with great fidelity. In fact, what they did was very much like the way babies start imitating human sounds. Sometimes they did what we call segmentation. They broke the sounds up. Sometimes they imitated the very end first, then put the whole sound together. They showed babbling in their own development like human kids do.

They also started using what we called facsimiles or their own imitations of these sounds while they were playing with the right objects. We would hear, coming from the pool, and record the ball whistle not from the computer, but from the dolphin and they’d be playing with balls. Or they would be whistling a ring signal while they were playing with rings. In the second year of a two-year study, they actually started combining ball and ring in one context in a new game that they had invented, which was playing with balls and rings at the same time. It sounds goofy to us, but it’s a dolphin game. What can I say?

Leslie Vosshall: What are the kinds of things that come out of playing these games? Let’s say someone breaks the rules, humans or dolphins. What happens?

Diana Reiss: We had one day where things really got screwed up, where, again, all they see is the keyboard. They have to hit a key to get a sound, and we forgot to turn the speakers on. Dumb us, right? What we got that day was more vocal production. They were imitating the sounds at a much higher rate than any other time. When we looked at it, we thought, “They’re trying to tell us something here.”

Diana Reiss: Yeah. It’s often in these errors where you see these really interesting things happen. It makes sense when you think about it, but it’s unexpected.