Baseball is a fiddly sport. There are countless arbitrary-seeming rules and odd traditions. People who are not familiar with the game sometimes find it near-impossible to understand (and, partly as a consequence, near-impossible to watch). But under the complexity is simplicity: a pitcher throwing a ball and a batter trying to hit it. It has been that way for over 200 years, since well before the modern version of the game took shape.

But even after the huge amount of time and effort spent figuring out how to get batters out, players have been missing a key element of the job, according to one freelance pitching expert. Perry Husband says there’s a important factor in throwing off batters’ timing, and it comes down to a principle called effective velocity. The idea is that to hit pitches in different parts of the strike zone, the batter has to change the timing of his swing: For a pitch on the inside part of the plate (the part closest to him), he must be far along with his swing by the time the pitch gets to the plate, so that he can get the barrel (the thick part of the bat) on the ball. If he’s a shade late with his swing, he might make contact, but it will be with the skinnier part of the bat, so he won’t hit the ball as hard. For a pitch on the outside part of the plate, it’s just the opposite: He needs to hit the ball earlier in the swing, to make sure the bat is in the right place. That means that for inside pitches, he needs to swing earlier, and for outside pitches, he should swing later. Because of the arc of the swing, batters also need to swing earlier for high pitches and later for low pitches. This video from Husband illustrates the geometry:

Since a hitter needs to swing earlier to hit a ball that’s high and inside, that gives him less time to decide whether and exactly where to swing. This gives the illusion that a pitch that’s high and inside is moving up to 5 miles per hour faster than its actual speed, while one that’s low and away is moving up to 5 miles per our slower. This effective velocity (EV) is more important than the raw velocity measured by a radar gun, says Husband. If a pitcher is careful to substantially vary his EV from pitch to pitch and throughout an at-bat, the batter has trouble clocking the pitcher’s offerings, and he becomes an easy out.

In a sport so laden with tradition, it’s often hard for new ideas to break through, as demonstrated by the fierce resistance to increased emphasis on statistics. Husband’s theory coincides with some conventional wisdom, like “hard inside, soft outside,” but it also conflicts with the dictum against pitching high in the strike zone, which many players and coaches swear by. (By forsaking the upper part of the strike zone, a pitcher loses the top end of the EV range potentially available to him.) Husband has been presenting his ideas to major-league teams for several years, and while some have expressed interest, none have really committed to the idea; none has brought Husband on staff.

The theory does have some adherents, including various coaches that Husband’s worked with, and something of a hero: Trevor Bauer, a major-league pitcher who follows the system so fervently that he has clashed with more conventional-thinking players and coaches, as detailed by a long profile of Husband in SBNation. And there is some systematic evidence suggesting that even when players use principles of EV accidentally, it can boost their performance. For instance, across many thousands of at-bats in the majors this year, batters fared dramatically better against low fastballs than high ones (AVG/OBP/SLG .216/.331/.344 vs .283/.387/.409), in stark contrast with the conventional wisdom.

It may take the institutions of baseball many years more to fully digest the meaning and importance of effective velocity. But it seems that Husband has described a new way to trick people playing a very old game. 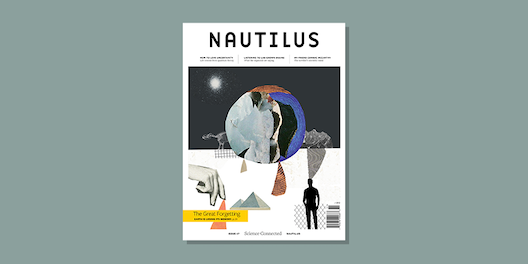