How a bad “fact” helped the lab-leak hypothesis go viral. 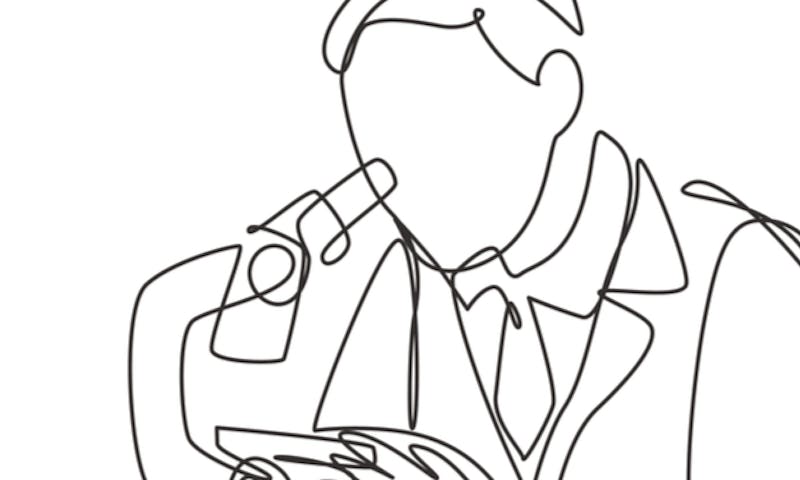 Six weeks ago, a reporter, Nicholas Wade, published what seemed to be a blockbuster story, one that, if true, would expose the greatest scandal in recent history. SARS-CoV-2, he wrote, or SARS2 for short, the virus that has driven the global COVID-19 pandemic, had likely been modified in a lab at the Wuhan Institute of Virology, from which it then escaped into the wild. “Neither the natural emergence nor the lab escape hypothesis can yet be ruled out,” Wade wrote. “But it seems to me that proponents of lab escape can explain all the available facts about SARS2 considerably more easily than can those who favor natural emergence.”

Wade, a former New York Times science reporter, best known for promoting a genetic basis to racial hierarchies, first placed his piece at the self-publishing site Medium on May 2. The story really took wing when it was reposted three days later at the Bulletin of the Atomic Scientists. It was an extraordinary assertion, and as the saying goes, such claims need extraordinary proof.

Validation came from one of the most prominent biologists of the last half century.

That validation came, it seemed, from one of the most prominent biologists of the last half century, the Nobel laureate David Baltimore, who confirmed one of the key pillars of the argument. Some features in a brief genetic sequence in the virus seemed to suggest that a human, in a lab experiment, had put it there. When he first saw the sequence, Baltimore is quoted as saying, “I said to my wife it was the smoking gun for the origin of the virus.”

With that a bad “fact” was born: a seemingly simple statement about reality that turns out to be not so simple—and deeply misleading. The Baltimore quote sealed the deal, not just because of what was said, but who was saying it.

It’s standard practice in science journalism to seek confirmation of key facts from experts who are not directly involved in the research that lies at the center of any given story, the reporter’s equivalent of peer review. That’s what Wade needed, a source that could transform his long chain of inference, his series of ifs and assertions about what evolution can and cannot do, into a statement that (to use Isaac Newton’s phrase) “cannot fail but to be true.”

That’s what Baltimore provided. “Smoking gun” is the critical phrase; it leaves no room for doubt. It confirmed, or seemed to, that the 4 million and counting who have died of COVID were victims of human choices and mistakes.

Baltimore’s picture could appear in the dictionary next to “authority.” He won his Nobel Prize for work on the molecular genetics of tumor viruses. He has run a trio of the world’s most important research institutions, as director of the Whitehead Institute at MIT, then as president first at Rockefeller University, and then at Caltech. After stepping down, he continued to run an active lab, investigating basic questions about gene regulation and expression. If there were anyone whose word one could accept on a question of who did what to a virus it would seem to be Baltimore.

And yet Baltimore got this one wrong—and has retreated from his earlier emphatic support for Wade’s claims. But like most retractions in media stories, Baltimore’s admission has made little impact, and the originally reported “fact” has continued to feed the ongoing promotion of the lab-escape hypothesis.

Wade asserted that a particular arrangement of a specific sequence in the viral genome, called a codon, was unlikely to have gotten there naturally. There are actually six different codons for arginine, and the one found in a particular region of the SARS-CoV-2 genome called the furin cleavage site does occur less frequently in viruses than it does in the human genome. An even more telling detail to Wade is that this uncommon arginine codon shows up twice in that small segment of the virus’s genome. For that to occur naturally, Wade wrote, “a chain of events has to happen, each of which is quite unlikely.”

That’s what Baltimore assented to. But scientists say Wade misdescribed critical links in his chain. Scripps Research virologist Kristian Andersen led an early inquiry into the possible role of a lab escape in the origin of the virus, which concluded that it “is not a laboratory construct,” a finding that Wade termed “poor science” in his article. After Baltimore’s quote became public, Andersen re-entered the argument, and became one of a number of researchers to challenge many of the details Wade relied on. Andersen told Nature that Wade’s claim that steps in the emergence of the virus were too improbable to have occurred is not true. Rather, the pandemic virus uses that codon about 3 percent of the time that its genome calls for arginine—not common, but not impossibly scarce either—and, importantly, that other coronaviruses make use of it too, at similar or greater frequency.

This is a phenomenon that few outside science and journalism fully grasp.

Columbia University virologist Vincent Racaniello says the unusual pairing of a particular codon that Wade saw as decisive actually points away from laboratory manipulation. “We have some idea why this codon is rare in RNA viruses,” Racaniello says. Selection pressures have been identified that would discourage its use in viral genomes. But, he says, “We don’t know why it’s not zero. The fact that it is conserved in many viruses means that it’s beneficial in some way we don’t understand.” This is the kind of mystery that evolution throws at researchers all the time. Racaniello adds that if a lab researcher was trying to modify a virus to measure its effect, the researcher wouldn’t use the codon pairing identified by Wade because its effect would be too unpredictable.

As Wade’s claims attracted more media interest, seemingly validated by Baltimore’s seal of approval, similar critiques began to appear, pointing out how Wade shaded his interpretation of the details toward one conclusion—lab escape—and away from a natural origin. In a New York Times interview, Andersen said while both lab and natural scenarios are possible, “they are not equally likely—precedence, data and other evidence strongly favor natural emergence as a highly likely scientific theory for the emergence of SARS-CoV-2, while the lab leak remains a speculative hypothesis based on conjecture.”

It may seem surprising that Andersen, a well-regarded biologist, could correct Baltimore, a legend. It’s not. This is an example of a phenomenon that few outside science, and especially journalists inexperienced in covering cutting-edge research, fully grasp. Biology is a discipline in which the details make all the difference; there are more of them than seems possible; and if a given expert is not expert in the right domain, their answers are not that useful. Baltimore certainly is an authority, but his jurisdiction does not extend to all the complexity that nature displays.

Baltimore has mostly accepted such corrections. In an email to Nature, he said that Andersen could be correct that evolution produced SARS-CoV-2, but adds that “there are other possibilities and they need careful consideration, which is all I meant to be saying.” He walked his quote further back in an interview with Los Angeles Times columnist Michael Hiltzik, saying that he “should have softened the phrase ‘smoking gun’ because I don’t believe that it proves the origin of the furin cleavage site but it does sound that way.”

And yet the “fact” of a smoking gun lives on. Donald G. McNeil Jr., a former colleague of Wade’s who covered the pandemic at The New York Times until he recently resigned, posted a long essay on Medium endorsing Wade’s conclusions, a piece that was cited by David Leonhardt in a Times “explainer” on the state of the debate. Leonhardt concluded that dismissing the lab escape possibility “appears to be a classic example of groupthink, exacerbated by partisan polarization.” The issue, as Leonhardt saw it, turns on America’s political conflicts, and not the strength or weakness of the specific scientific evidence available. A reporter whose career has centered on Washington and economic coverage would find this plausible; it is not, however, a judgment based on the expertise needed to assess competing scientific arguments.

Wade has not backed off his claim that the pandemic was probably caused by a lab-engineered virus that escaped. Baltimore’s recant hasn’t changed a thing, Wade argues, writing to the Los Angeles Times’ Hiltzik that he believes “the totality of the quote” still supports his case.

Bad “facts” have played an indispensable role in advancing the lab-escape allegation to its current prominence. In the past week, lab-escape speculation with little or no critical scrutiny reached into entertainment media. NPR’s Fresh Air aired an episode featuring a reporter, not a scientist, advancing the lab allegation, with no expert on zoonosis in sight, while Jon Stewart retailed Wuhan lab conspiracy theories on The Late Show with Stephen Colbert, riffing, “I think we owe a great debt of gratitude to science. Science has, in many ways, helped ease the suffering of this pandemic,” pausing for a beat, and then going for the rimshot: “which was more than likely caused by science.”

Meanwhile, the research seeking to trace the origins of SARS-CoV-2 continues. Identifying the specific animal origins for human diseases is difficult at the best of time—it took well over a decade to track down the source for the first SARS epidemic, and the complete sequence of transmission behind the Ebola outbreaks is still being pursued. Even so, evidence is trickling in, like a recent survey of bat populations in Southeast Asia turned up a number of newly identified viruses related to the one causing the human pandemic.1 That study is itself no smoking gun, but it is a reminder: the investigation into the most likely origin of the SARS-CoV-2 is ongoing, and may take a very long time, given the space and near-infinite variety of the natural world that must be explored.

In the meantime, the true scandal of the COVID years continues to unfold. It’s not breathless speculation on the origins of the virus, but rather that the United States and many other nations failed to prepare for the pandemic. Everywhere but China had months to anticipate its arrival, come up with strategies to limit transmission, and to ready their public health and medical systems to take care of those who did get sick. Six hundred thousand dead in the US and nearly 4 million worldwide are the brutal measure of that failure—and a reminder. It was human errors and choices that enabled a virus of still-uncertain origin to spark a global disaster.

Thomas Levenson is Professor of Science Writing at the Massachusetts Institute of Technology. He is the author, most recently, of Money for Nothing: The Scientists, Fraudsters and Corrupt Politicians Who Reinvented Money, Panicked a Nation, and Made the World Rich. Follow him on Twitter @TomLevenson.